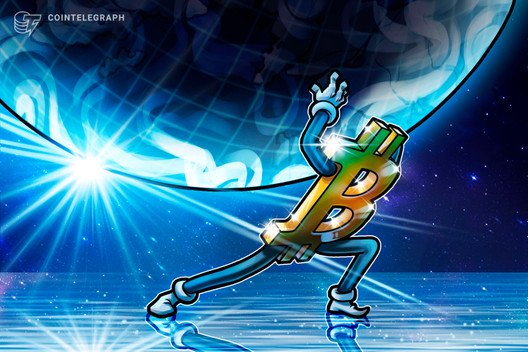 The COVID-19 pandemic has revealed Bitcoin’s most important value, and it’s not the price — but its decentralized nature.

Born within a financial meltdown and crisis, Bitcoin (BTC) has found itself again in the role of a proto-savior for the current failings of fiat and national currencies. Those failings namely being that national fiat currencies continue to be printed at a whim when political leaders are caught in a catch-22 between mass poverty and mass currency inflation — with any result likely being a compromised and unsatisfying mélange of stagflation.

Nevertheless, Bitcoin still isn’t immune from the pressures of a world steered toward uncharted waters. While one might respect the philosophical rigor of Bitcoin, it goes without saying that it is as vulnerable as any other asset in a panic-driven liquidity crunch. In a global economy where supply chain pressures have somehow made toilet paper the most valuable currency of all, Bitcoin could very easily be starting to lose the narrative that it is a store of value equivalent to digital gold. The fact that Bitcoin was an early asset sold off, initially outpacing the crash in traditional markets, shows it is not so much a store of value as a speculative asset, at least at this moment in history.

For five days in March, as the Dow Jones Industrial Average ultimately shed what would be one-third of its value, Bitcoin felt the hurt of a panic-driven liquidity crunch, likely driven by institutional investors pulling out, and losing over half its value — from $9,100 to $4,100. Bitcoin was the first asset that people sold when they needed cash. You certainly don’t want to be waiting on a long transaction time when everyone is panic-buying toilet tissue and nature calls.

Bitcoin still hasn’t lost nearly as much as it did when the bubble of its $20,000 peak burst at the end of 2017, shedding an even more jaw-dropping two-thirds in value. Putting aside the fact Bitcoin lost more in total value, perhaps inflated by speculative froth, that “crash” was also more destructive to Bitcoin’s progress because it was endemic to Bitcoin and its raft of new speculators.

Additionally, after the panic drop of early March 2020, Bitcoin’s price has stabilized in the $6,000–$7,000 range for the last month. In markets where the ultimate bottoms remain a mystery, a plateau for any significant amount of time is still something of a moral victory. Obviously, the best-case scenario would be for Bitcoin to bounce back to pre-crash prices, but this is unlikely and delusional to think, especially as the entire world’s markets remain down.

Here’s the bigger picture bad news for Bitcoin: There is no way, as things currently stand, that we can argue that Bitcoin is in any way a practical safe haven.

This brings further questions about what Bitcoin actually is right now. It’s not a payment token, and it’s not a store of value — so what is it? For now, it’s an outdated piece of technology that’s more brand than an actual use case. The idea that the crypto market is separate from traditional markets was proven to be wrong during the crash. They are much more closely linked than anyone thought.

However, as we know, this is not a position unfamiliar to Bitcoin. While its value is now very uncertain, and it could very easily go lower and lower because we simply don’t know how the world will be transformed by an unprecedented public health crisis. Along with business slowdowns and shutdowns for several months, there also still lies great promise in Bitcoin as a new economic solution, if not necessarily as an (especially speculative) investment vehicle.

In a time when western leaders are alternately praising and condemning China’s initial handling of the pandemic, that well-worn but also well-proven Chinese trope might be more timely than ever: A crisis can also mean opportunity. And here’s the good news for Bitcoin: Maybe the coronavirus will finally end the speculative frenzy that has defined and overshadowed the actual technology for the last half-decade.

The greed of short-term gain has driven long-term pain in innovation. Why innovate when there’s more profit in predicting the market? In a time of severe short-term pain, perhaps this will open the door to long-term gain. Just because Bitcoin is not a practical safe haven for a world in crisis facing severe short-term strains on the economy and supply chain, that does not mean Bitcoin and other cryptocurrencies will not provide some of the best solutions to drive a new economy.

In a new era when we have become newly aware of the invisible lethality that lurks in the otherwise unassuming paper note, number pad or touchscreen, electronic finance of all kinds will serve a newly vital purpose. In the long term, Bitcoin and other cryptocurrencies may not see value as either a safe haven or a get-rich-quick scheme but rather as one of the best means of transmitting value in a world that will accelerate a transition to the digital formats that would have otherwise taken years or even decades.

That doesn’t mean Bitcoin and other cryptocurrencies still won’t attract investors who are looking for alternative assets, especially those unmoored from capricious governments. However, with a newfound important purpose, the actual utility of these cryptocurrencies stands to increase multiple times over. My advice? Stop looking at their prices and start seeing their value.

Richard Dennis is the founder and CEO of TemTum, the efficient, quantum-secure, ultra-fast and environmentally friendly cryptocurrency. He is a globally recognized cybersecurity and cryptography expert and one of the world’s leading lecturers on secure networks, blockchain technology and encryption. 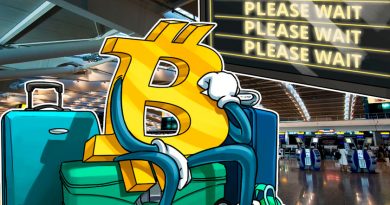 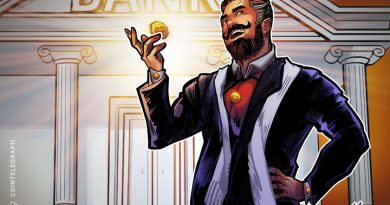