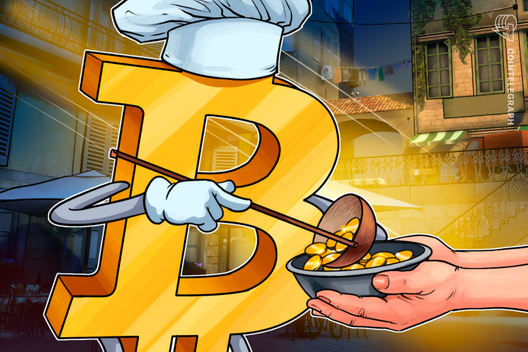 Bitcoin owners say it is better to donate altcoins to charities and other nonprofit organizations while “stacking sats.”

On the lighter side of things in the cryptosphere, some Bitcoin (BTC) owners have been donating altcoins to the TOR Project — a nonprofit organization primarily responsible for running “The Onion Router.”

For some Bitcoiners, the trend is a way of killing two birds with one stone — supporting the TOR Project and getting rid of “shitcoins.” As for the latter half of the equation, Bitcoiners appear keen to extend the running gag of altcoins being worthless.

Earlier in September, Bitcoin maximalist and co-host of the “Tales from the Crypt” podcast Matt Odell posted a tweet urging people to support the TOR Project by way of donation. In a cheeky addendum, Odell added, “donate shitcoins. stack sats.”

Sarah Stevenson, fundraising director at the TOR Project, initially thought the donations were coming from members of the Stellar community, likely because of the influx of XLM tokens.

Bitcoiners swiftly corrected her conclusion, seemingly opposed to letting their attempted ribbing go unnoticed. They soon piled onto the thread, dropping Twitter soundbites like the “perfect destination for my airdropped shitcoins” and “sounds like a good place to dump my shitcoins.”

Some of the donations reportedly came from recipients of the Keybase XLM airdrop. As previously reported by Cointelegraph, encrypted messaging platform Keybase partnered with the Stellar Development Foundation to launch a $120 million airdrop.

The Bitcoiners did, however, advise Stevenson and the team to quickly convert the donations into fiat. Data from CoinMarketCap shows a 45% decline in the XLM price since the start of the year. Stellar tokens are also down more than 93% from their all-time high of $0.8755 in 2018. 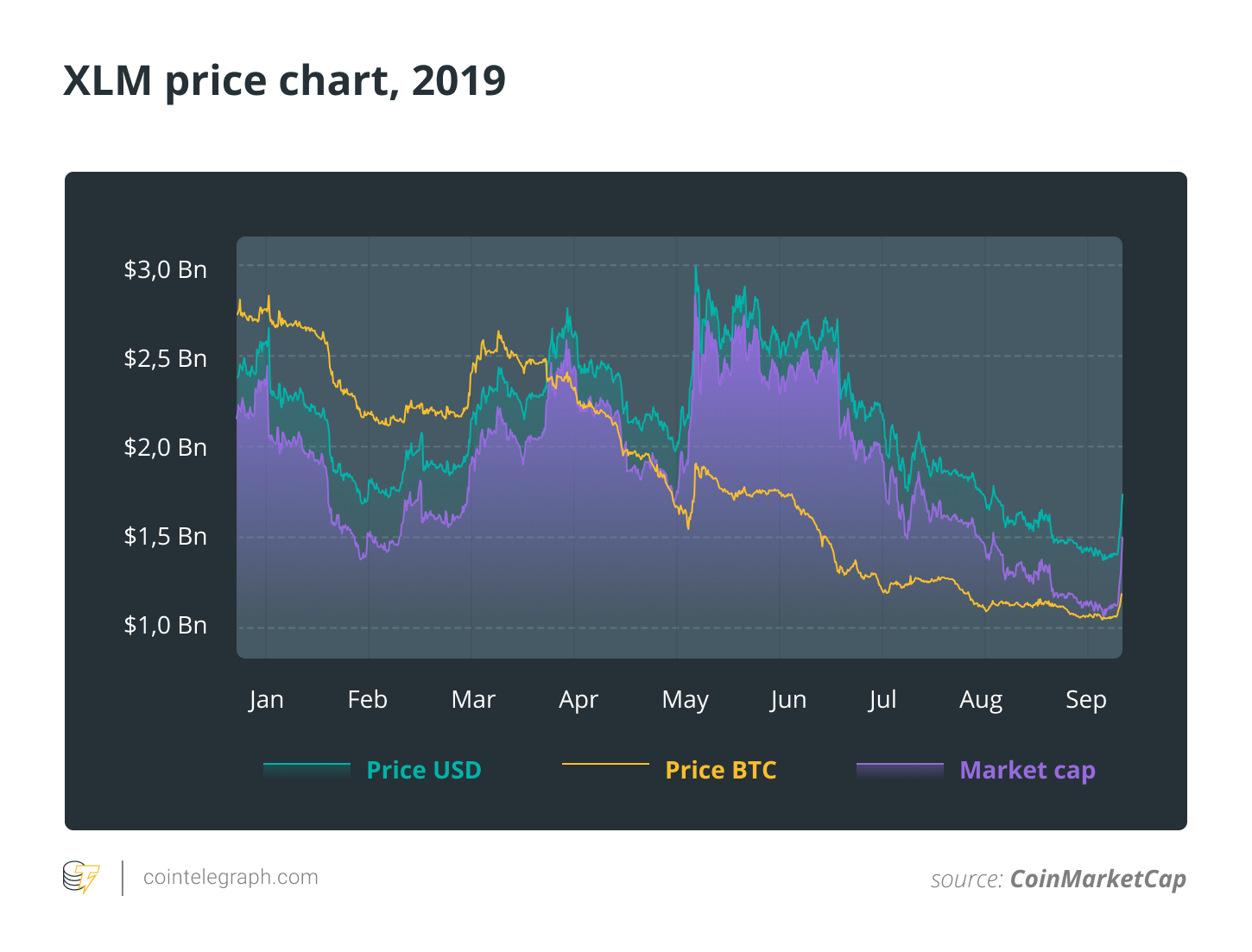 On Wednesday, the XLM spot price saw a 52% rise in a little under two hours, leading to speculation about the arrival of another altseason. The upward surge was followed by a steep retrace, reducing the initial 24-hour trading gains by more than half.

For Stevenson, the TOR Project appreciates the donations regardless of the subtext. In a private correspondence with Cointelegraph, the TOR Project’s fundraising director offered her thoughts on the matter, stating:

“I am generally a peace, not war kind of person but I welcome any activity that draws attention to the importance of financially supporting the Tor Project. Everyone benefits from the privacy and anonymity technologies we develop and maintain. As for the tangible value proposition for altcoins, I’ll plead the fifth because I prefer to be friends with everyone.”

Apart from the TOR Project, other nonprofit organizations are also asking holders of spare altcoins to consider donating in support of worthy causes around the world. Via its Twitter account, Bitcoin Venezuela called on people to send their unwanted XLM to support its Bitcoin for Venezuela Initiative.

According to another Twitter account, “The Giving Block,” there are other nonprofit organizations that accept XLM donations. Recently, cryptocurrency has seemingly taken on increased prominence in philanthropic work across the globe.

As previously reported by Cointelegraph, Fidelity Charitable — an independent public charity organization — has received more than $100 million in cryptocurrency donations since 2015.

Global aid organizations such as the United Nations International Children’s Emergency Fund — or UNICEF — have encouraged PC gamers in the past to mine cryptocurrencies with their computers and donate the earnings to support humanitarian aid efforts for children in Syria. There is also the Pineapple Fund from 2018, which donated more than $55 million in Bitcoin to numerous nonprofit organizations around the world.

Apart from using cryptocurrencies as an avenue for donating to charities, there is also talk of leveraging blockchain technology to improve the transparency of these organizations. An excerpt from Binance Academy’s post on the benefits of adopting crypto-philanthropy reads:

“Each cryptocurrency transaction is unique, which means that it is also easily tracked through the blockchain. The higher level of transparency and public accountability can ease donors’ minds and encourage them to give while also reinforcing the charity’s reputation for integrity. […] Funds can move directly from donors to charities, and the decentralized nature of blockchain makes it uniquely suitable for international transactions.”

According to Ethereum co-founder Joseph Lubin, there are observable elements of tribalism within the crypto space. Mati Greenspan, senior market analyst at eToro, quoted Lubin as saying:

“Ultimately we’re all on the same team. Yes, there’s a lot of tribalism but we’re all working towards similar goals.”

Lubin’s comments came during a session at the Ethereal Summit in Tel Aviv on Sunday. On the panel with Lubin were fellow Ethereum co-founder Vitalik Buterin and eToro CEO Yoni Assia.

The struggle for relevance among the major cryptocurrency projects formed a large part of the discussions at the event. The debate over whether any altcoin project can challenge Bitcoin’s dominance is one that often seems to draw myriad opinions.

As with any debate among groups holding strong opinions, the emergence of category-specific rhetoric — or, as Lubin puts it, “tribalism” — is likely. There are the Bitcoin maximalists whose position is that “Bitcoin is king” and all other altcoins are “shitcoins.”

To be fair, such a position might not seem extreme considering the many instances of exit scams among altcoin projects coupled with the poor price performance of the altcoin market.

“Shitcoin founders […] deserve all the fiery hate they receive from the community, and more. When you choose to sell your reputation for tens of millions, you don’t get to keep your reputation. Reputation can’t be double spent… not at scale.”

Another brand of Bitcoin maximalism, while agreeing that “Bitcoin is king,” says there is no harm in catching the frequent bounces in the altcoin scene and making money. Posting on Twitter earlier in September 2019, crypto analyst Josh Rager wrote:

“Bitcoin is king, I’m still Bitcoin maximalist, I like to make money though so I’ll invest in any tech that likely presents to give a solid ROI.”

If commentators like Matt Hougan of Bitwise Asset Management are correct, then 95% of all altcoins will die. Probable mass altcoin extinction aside, donating cryptos to charities while they still hold significant U.S. dollar value doesn’t seem like a bad idea.

Related: As Coordinated Sell-Offs Strike Altcoins, How Do Exchanges Respond? 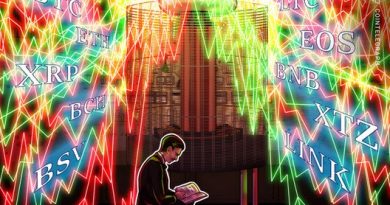 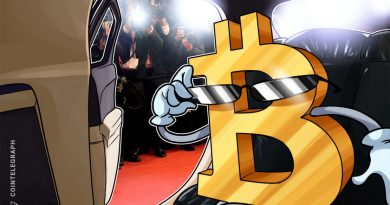 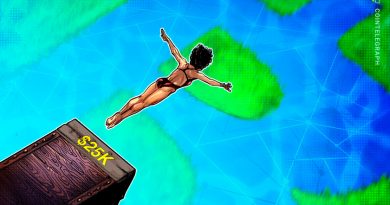 As Bitcoin nears $26K, BTC may break $40K in the next impulse wave, says trader