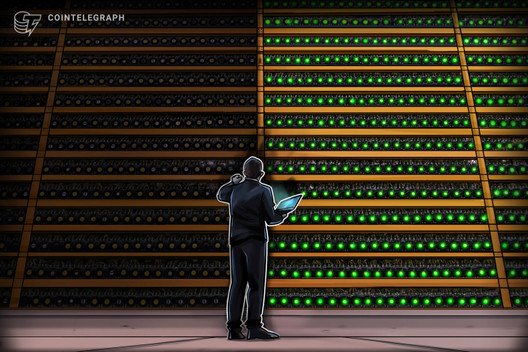 Miners are hoarding most of the Bitcoin they mine ahead of the halving, showing they expect a much higher price after the event.

Miners have sold less Bitcoin (BTC) over the past seven days as the highly anticipated block reward halving approaches. This means that miners expect the price of Bitcoin to increase substantially over time after the halving occurs.

Given the deflationary nature of Bitcoin, any event that affects its supply will have a significant impact on the price of the asset. In the medium to long term, data shows that miners are confident the halving will push the price up substantially.

Over the past week, according to data from ByteTree, miners held about 1,067 Bitcoin. Ostensibly, miners hoarding Bitcoin seems positive — but it is not.

Bitcoin miners, especially large-scale centers, run highly sophisticated operations with professional traders and market analysts. They frequently assess liquidity and overall sentiment in the market. If miners deem liquidity in the cryptocurrency market to be low, they refrain from selling.

When there is not enough buying demand in the market, selling a significant amount of Bitcoin can lead to an abrupt price drop with high slippage. The term slippage is used to describe a movement in the price of an asset when a large sell or buy order is executed.

Normally, miners hoarding most of the Bitcoin they mine without selling it to cover expenses is not optimistic. But ByteTree’s research paper noted that this time miners may be expecting the upcoming halving to drive the price of Bitcoin up substantially. The firm’s co-founder and chairman, Charlie Morris, wrote:

“We normally see this as bearish because it implies a soft bid in the market. With a recent price surge, clearly this hasn’t been the case, and so we can only assume, that the miners also think higher prices are coming post-halving.”

Miners are likely anticipating a sizable Bitcoin rally to occur due to the increase in the cost of mining after the halving takes place. In 2018, the average cost to mine one Bitcoin in the United States was estimated to be $4,758. In countries with lower electricity rates and naturally cold climates such as the mountainous regions in China, the break-even cost of mining hovered at around $3,200. Earlier this year, the research firm TradeBlock stated that the cost to mine a single Bitcoin was an estimated $6,851. As such, as long as the price of Bitcoin stayed above $7,000, miners were profitable.

Bitcoin’s price staying above $6,000 to $7,000 before Tuesday’s halving has been crucial for the same reason. If Bitcoin did not recover to the $8,000 to $9,000 range, it could have placed pressure on small and over-leveraged miners to temporarily shut down their businesses. After the halving, the break-even cost of mining Bitcoin is estimated to be anywhere in between $12,000 to $15,000, according to the same TradeBlock blog post. Therefore, since the cost to mine Bitcoin will exceed $12,000, it is probable that miners expect the price of Bitcoin to reclaim the $12,000 to $15,000 range in the medium term. 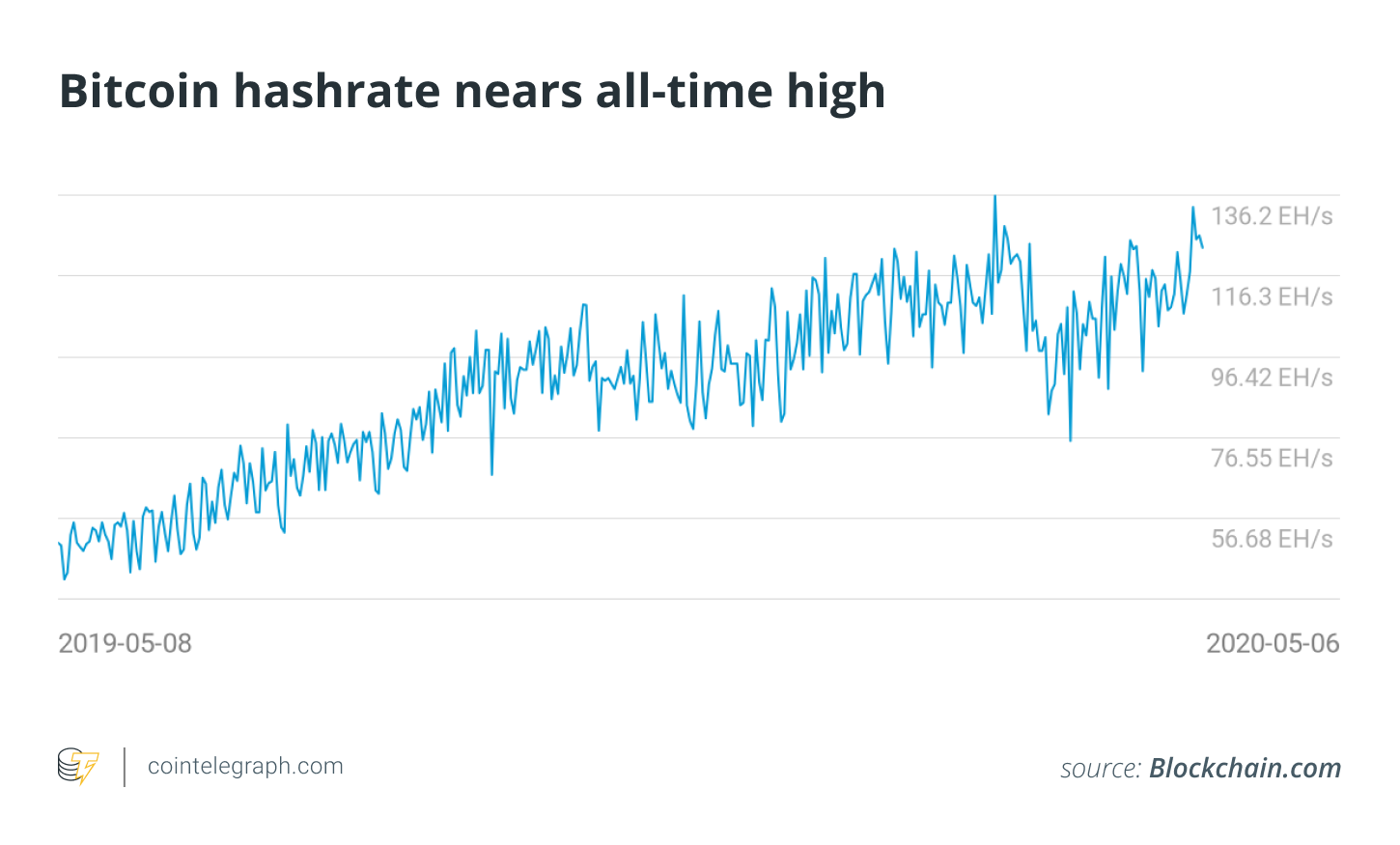 Miners have avoided a disastrous halving

For now, with just four days left until the activation of the halving, the sentiment around Bitcoin and the cryptocurrency market in general remains positive among the mining community. But the state of the mining industry could have been in a worse position than now had Bitcoin’s price not swiftly rebounded. On March 12, less than two months before the halving, the price of Bitcoin plunged to around $3,600.

At the time, there were theories that claimed Bitcoin’s price was never supposed to drop below $5,000 in the first place. A cascade of long liquidations, primarily on BitMEX, sent prices spiraling. Since then, Bitcoin has completed a V-shape recovery with a 150% rally. There were concerns that insufficient liquidity and the overall cautious sentiment in the equities market would trigger a steep correction in the cryptocurrency market.

Strong spot volume across major exchanges such as Coinbase and Binance showed actual retail demand. It increasingly reduced the probability of a Black Thursday-esque pullback as the price of Bitcoin went up with rising volume.

Both Deribit options and CME futures saw record-high trading activity on Wednesday, with CME seeing a record-high open interest on its futures contracts. As of Thursday, the price of Bitcoin hovered over $9,500, about 40% higher than the cost of mining Bitcoin prior to the halving. Had Bitcoin remained at $6,000 or below going into the halving, miners would have been forced to operate at a loss ahead of it, placing many miners in a financially unstable position afterward.

Now, with Bitcoin at over $9,000, major miners in China will be able to negotiate lower electricity rates to mine Bitcoin at break-even prices, possibly even after the halving. The rainy season is beginning in the Sichuan province in China where many leading mining centers are based. Since many energy plants in Sichuan are operated with hydroelectric power, the region is often left with a surplus of electricity.

Cheaper electricity, higher Bitcoin prices and a strong buying demand from retail investors set miners up in a strong position going into the halving and dealing with the cut of revenues afterward.

Based on the historical performance of Bitcoin and the famed stock-to-flow ratio created by PlanB, Pantera Capital’s CEO, Dan Morehead, said that Bitcoin’s price could hit $115,000 by mid-2021. 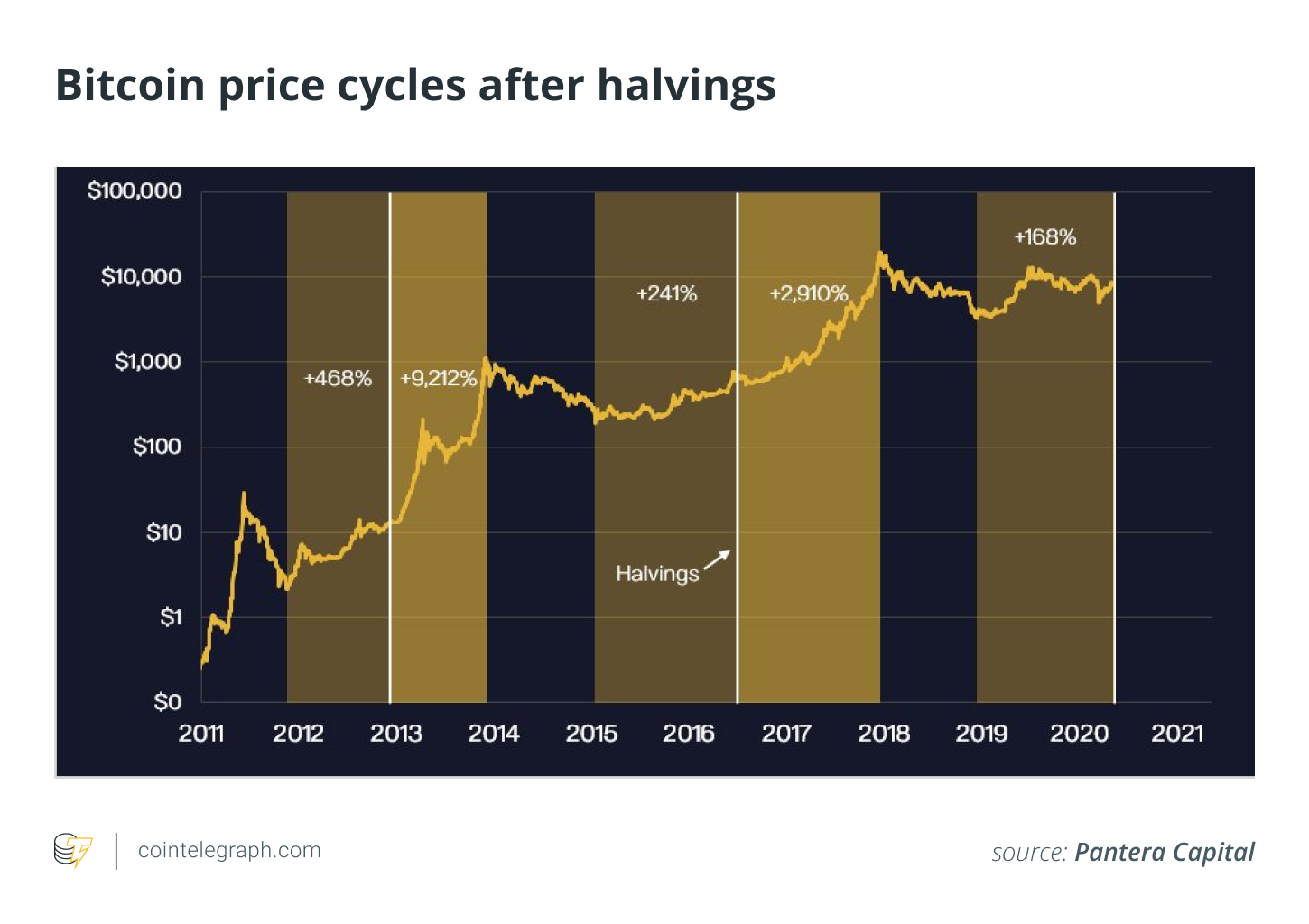 Cryptocurrency trader Satoshi Flipper explained that Bitcoin’s price is technically approaching a major multiyear resistance level. Although traders remain divided on whether Bitcoin will break through on its first try, investors anticipate a prolonged uptrend for Bitcoin in the medium term. The trader said:

“We are approaching the upper trend line resistance at the same time the next $BTC halving begins. I expect huge fireworks and breaking out of this massive 2 year symmetrical triangle. We’ve tapped that resistance a few times now.” 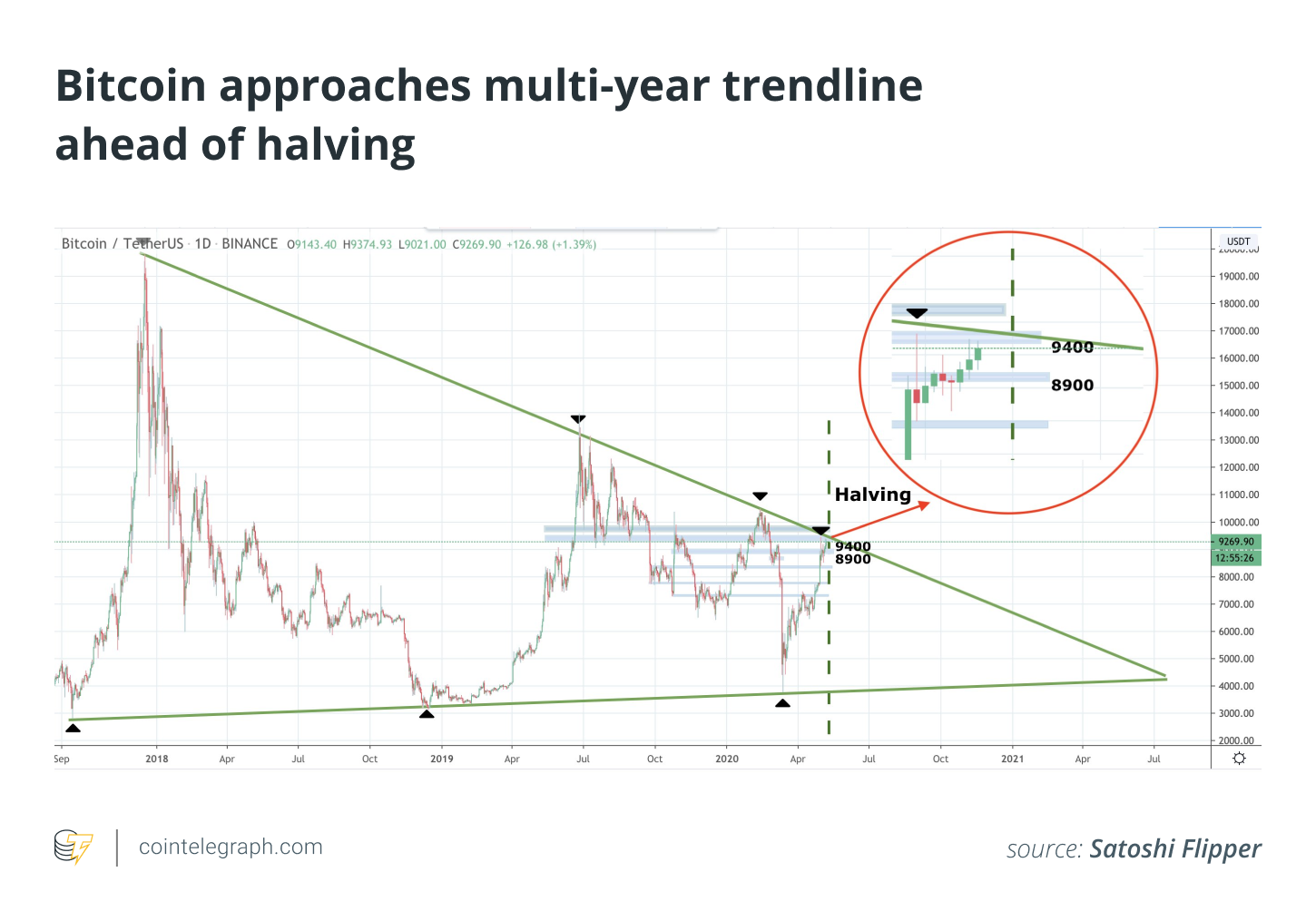 One possible reason that Bitcoin’s price tends to increase substantially post-halving is that the selling pressure on the market is decreased. Miners are generating 50% less Bitcoin, and that is half the usual supply that gets sold to the market.

The price of Bitcoin has historically seen significant gains within the 10 to 11 months following a halving, which disincentivizes miners from selling Bitcoin so early after its occurrence. Alejandro De La Torre, the vice president of the Poolin mining pool, wrote in a blog post:

“There is little doubt among researchers and industry experts that the hashrate is going to drop significantly when the block subsidy gets cut in half. Blockware Solutions recently released a report arguing that the halving will lighten sell pressure as older equipment and higher electricity costs squeeze out inefficient competitors.”

Bitcoin miners are generally in a better position than they were in previous halvings due to the existence of professional custody solutions, mining-specific service providers, and an overall increase in liquidity in the crypto spot and over-the-counter markets. Overall, the mid-May halving is expected to set a positive precedent for the long-term price trend over the next four years, especially as Bitcoin approaches its fixed supply of 21 million. 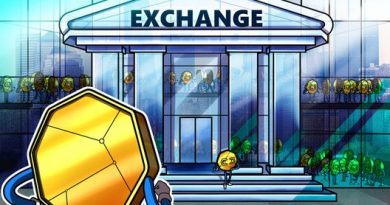 Crypto Exchanges Made a Killing During the Ides of March 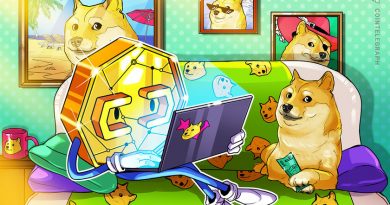 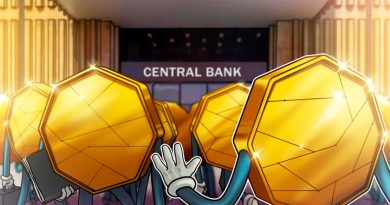