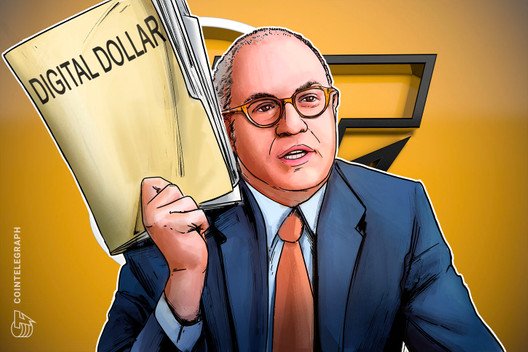 The digital dollar has been the talk of the crypto world this week. Drafts of the COVID-19 stimulus bill first included and then discarded the creation of digital dollar wallets; a digital distribution method that would enable direct aid to citizens.

The version of the “Coronavirus Aid, Relief, and Economic Security Act” that became law on March 27 features no mention of the digital dollar. While the proposed digital dollar lives on in at least one bill sponsored by Senator Sherrod Brown (D-OH), a United States central bank digital currency (CBDC) seems like it will have to wait for now.

This week’s emergency legislation is not the first time that U.S. lawmakers have raised the prospect of a CBDC and will not be the last.

Two notable advocates for a digital dollar are J. Christopher Giancarlo and Daniel Gorfine. The pair worked together at the Commodities and Futures Trading Commission (CFTC), where Giancarlo served as Chair. Gorfine led the commission’s FinTech innovation office, LabCFTC.

Both Giancarlo and Gorfine left the CFTC in the summer of 2019. They made headlines in October for an op-ed advocating a digital dollar and, subsequently, for their launch of the non-profit Digital Dollar Foundation in January.

As the crypto world reacted to the prospect of the digital dollar envisioned by Congress, the Digital Dollar Project announced its inaugural advisory board.

Cointelegraph spoke with Giancarlo and Gorfine about Congress’ recent interest in a digital dollar as well as their plans for the Digital Dollar Project.

New legislation may be hasty, but project “heartened” to have people talking

Though the project had been part of conversations with policymakers, Giancarlo said the language surrounding a digital dollar in the recently proposed legislation was not from them. “We did not have anything to do with what was in the House bill,” he said.

Giancarlo continued to explain that the digital dollar would be useful in a crisis, but its development will probably need more time than the current emergency aid demands:

“The United States has to proceed thoughtfully, intelligently, deliberately. We advocate pilot programs as a way to explore the utilization of the digital dollar and how it can be used, including how it can be used in a crisis. But I think one needs to be very cautious about trying to launch something as big as this amidst a crisis.”

Gorfine saw the task of distributing money to U.S. citizens in need of aid as a good use case for a digital dollar, but suggested that the present crisis might be too soon for such an implementation.

“This crisis has demonstrated that some of our processes don’t seem to match a 21st-century leading economy in terms of capabilities. It’s not surprising that there’s now focus on whether there are better, more efficient ways to go about moving funds,” explained Gorfine. “It’s also important that pursuing something like this doesn’t become a distraction from getting necessary funds out in a really expedient fashion.”

Both thought that the current dilemma would at least get people talking about a digital dollar. According to Giancarlo:

“It’s clear that as the public sector talks about seeking to find ways to get money into people’s hands efficiently, effectively, quickly, and also to get money in the hands of people who are either underbanked or unbanked, the value of a digital dollar becomes quite clear as a delivery mechanism.”

Broad ambitions for bringing the dollar into the 21st century

Even if the current stimulus doesn’t see any new forms of aid distribution, the digital dollar project plans to see its broader goals through.

Not aiming to publish a white-paper or push any particular coding agenda, Giancarlo and Gorfine still see a broad reboot of the dollar as necessary if it is to remain vital into the 21st century. Giancarlo said:

Gorfine was similarly taken with the prospect of money transforming for the internet age:

“Just as today, we can send an email with information halfway around the world in a fairly frictionless and efficient way with relatively few intermediaries — the same now seems to be true with sending information about value and about specific or unique ownership over value. The idea that we’ve been able to move that information more efficiently from one computer effectively to another with fewer or at least different types of intermediaries seems to be a real trend that’s going to impact all aspects of financial markets and services. And to that end money is not immune.”

The project remains uncertain as to specific technologies, with its founders still hesitant to say what sort of blockchain it would run on, or any other technical specifications. They described the project’s mission as more dedicated to providing information on potential technical trade-offs.

Gorfine said the task at hand was to get to work:

“Kicking the tires to find out what some of the potential benefits could be, what some of the challenges will be, how you design this, and what are the tradeoffs based on those design choices.”

Regarding the appearance of the language “digital dollar” in recent bills and the uncertainty as to whether this would be a blockchain-based CBDC, Giancarlo gave a more nuanced explanation of the Digital Dollar Project’s terminology:

“We’ve been using the phrase ‘digital dollar’ quite consistently to refer to a US central bank digital currency. While other people say, ‘well the dollar’s already digital’ — it is indeed electronic, but when we refer to digital dollars we refer to something that is tokenized, has the full faith and credit of the United States government and is minted and distributed the same way that fiat is minted and distributed through the existing financial market banking infrastructure.”

The Digital Dollar Project, as the pair laid out in current objectives, is aiming to promote comprehensive pilot programs to figure out the real-world implications of different technical options.

One question that arises when talking about a U.S. Fed-backed digital currency is what would happen to the many existing digital assets pegged to the dollar, including Tether’s USDT, Circle’s USDC or Binance’s BUSD. The United States is a notoriously tricky jurisdiction for many crypto firms to operate within anyway. Would the government try to suppress use of these preexisting stablecoins if they were to compete with an official digital dollar? Or, more simply, would demand for such coins shift?

Gorfine denied that the project’s proposed digital dollar would compete with existing stablecoins: “There are big differences when you’re talking about a central bank digital currency, which is a central bank liability, as opposed to tokenization of bank money, which is something you see more with stablecoin projects. They’re certainly not intended to be competitive with one another.”

Many governments have looked to CBDCs as ways of modernizing their money. The European Central Bank and the International Monetary Fund have shown interest in the prospect. Sweden and the Bahamas seem well on their way to developing, respectively, an e-krona and a sand dollar. China’s digital renminbi seems to be the biggest direct competitor or even threat to the United States.

Giancarlo and Gorfine said that they had been following the development of China’s CBDC, but declined to view it as a competitor. “The Digital Dollar Project takes no view on the development of other either competing central bank digital currencies or cryptocurrencies or stablecoins. It just proposes that it’s in the U.S.’s interest to create a central bank digital currency,” said Giancarlo. He continued to elaborate on the unique approaches different governments take in their major projects:

“We have a view that if you look at development of CBDCs around the world, they’re all driven in ways that are appropriate to their national characteristics. When China does something big, whether that’s build a blue-water navy or to develop a digital Yuan, it’s driven by the Communist Party. When Europeans do something big, it’s generally driven by the public sector. When we in America do something big, whether it’s land a man on the moon or build the internet, it’s always done in a public-private partnership. We think something as big as the digital dollar should be built in a public-private partnership.”

Cointelegraph has previously asked the question of whether a digital dollar — especially one issued by the Fed and administered by Fed-member banks — would be able to operate outside of the United States. The language of recent bills promoting a digital dollar didn’t seem conscious of the prospect.

Giancarlo, for one, wanted to see the digital dollar functional outside of the United States. “What we propose would be a true central bank digital currency that would be utilized in international commerce as well as domestic commerce,” he said.

Cross-border payments, including remittances from workers sending money to families in other countries, is one of the major arguments in favor of cryptocurrencies at large. According to Gorfine, the Digital Dollar Project would like to streamline that process. He said:

“There are three large categories of potential use cases when you talk about a U.S. CBDC. You’ve got kind of a retail payment use case or application. You’ve got a wholesale market. And then you’ve got international payments, which includes remittances.”

As with much of the rest of the conversation, Gorfine and Giancarlo took the long view. Rather than tacking on a digital dollar to an ongoing emergency, they wanted to see pilot programs to test how cross-border payments, financial inclusion, and other issues facing the digital dollar would play out in controlled environments.

Those of us interested in the fate of a digital dollar will just have to wait to see whether its recent brief appearance in landmark legislation will propel longer-term initiatives favoring it forward, or whether legislators will shelve the issue until the next catastrophe. 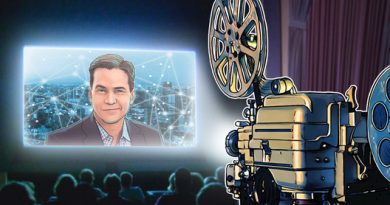 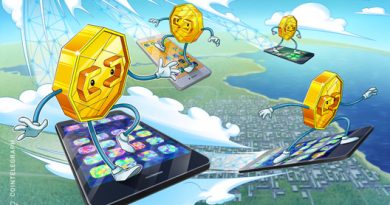 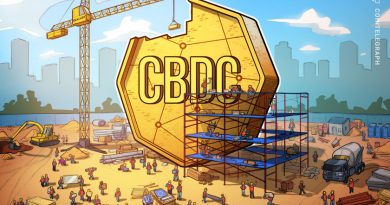