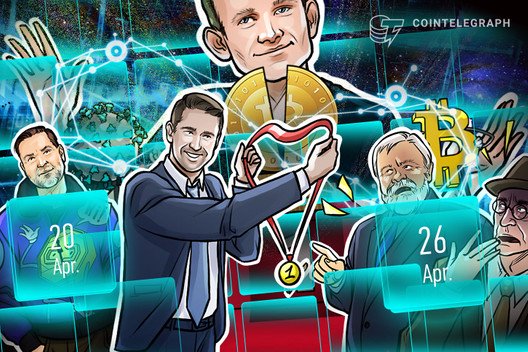 Bitcoin faces a crucial test at the weekly close, Bloomberg says BTC is setting up for a 2017-like bull run, and hodlers take action as May’s halving draws nearer.

It’s a nail-biting time for Bitcoin owners. The cryptocurrency mounted a strong rebound and surged from $6,800 to $7,600 this week — with a dramatic surge on Thursday taking many traders by surprise. But the question now is whether these higher prices are here to stay. On Sunday, Bitcoin needed to hold above $7,475 or else its price was prone to retest underlying support levels. Two technical factors could push BTC to $8,000 near-term as traders anticipate a strong weekly close. Some Cointelegraph analysts, such as Michaël van de Poppe, also believe BTC has the potential to hit $9,000 — with just over two weeks to go until the halving. Alas, there are also signs that the upsurge was a bull trap, not least because altcoins aren’t rallying in tandem with BTC. The Crypto Fear & Greed Index shows investors remain extremely cautious about Bitcoin’s short-term prospects. Currently, the score stands at 21 — “extreme fear.”

Bloomberg: Bitcoin is setting up for a 2017-like bull run

A new Bloomberg report this week was exceedingly flattering about Bitcoin and suggested that the cryptocurrency is preparing for a mahoosive bull run. The report claimed that Bitcoin and gold stand to be “primary beneficiaries” of the coronavirus-induced market turmoil. With BTC’s correlation to the precious metal hitting all-time highs, it added that Bitcoin could be about to transition from a “risk-on speculative asset to the crypto market’s version of gold.” The “Bitcoin Maturation Leap” report adds that the inception of BTC futures has tamed “the raging bull market” — with authors predicting that volatility will continue to decrease. This is significant since the all-time low volatility in October 2015 “marked the beginning of the bull market.”

Hodlers are accumulating more coins every day than at any time in over a year, according to data from Glassnode. The monitoring resource says we’ve seen a significant increase in BTC positions this month. At current rates, hodlers are adding in excess of 75,000 BTC to their positions each day. All of this comes as mentions of the Bitcoin halving spike on Twitter — with data from TheTIE suggesting that crypto media coverage may be starting to shift away from the coronavirus. Block rewards are going to be slashed by 50% next month, and as ever, there’s lively debate over whether the event has already been priced in. If you’ve been to our homepage today, you’ll know that we’ve now got a shiny new countdown to the halving, and it’s estimated to happen on May 12. If you want to read more about what a halving actually is, you can find our handy guide here.

Earlier this month, Cointelegraph reported that KuCoin’s primary web domain Kucoin.com has been locked by a Singaporean court. The exchange hit back — alleging that the article was “untrue” and “unverified.” This week, Cointelegraph published new evidence surrounding its original report. Andrew Capon’s original story had included a screenshot of an email that GoDaddy had sent to KuCoin, in which the exchange was told that its domain name was locked in light of an order issued by the High Court of Singapore. (Note: the KuCoin website remains accessible in Singapore, as the order means that the domain name cannot be transferred from one owner to another.) Cointelegraph has since obtained the original email file, and we have been able to authenticate that the email was indeed sent by GoDaddy. There’s a lot we don’t know about the court order, but we do know one exists. Neither KuCoin’s representatives nor any of the entities involved in the legal action have responded to requests for comment.

A new legal fight is also brewing in California. Ripple Labs has filed a lawsuit against YouTube, and the company is seeking damages for the video-sharing site’s alleged failure to stop XRP scammers and impersonators. Brad Garlinghouse, Ripple’s CEO, claims the scam — often referred to as “The XRP Giveaway” — has already defrauded victims out of crypto worth hundreds of thousands of dollars. The sophisticated scam allegedly sees the owners of legitimate YouTube channels targeted with a malicious email, meaning attackers gain control of their accounts. It’s claimed these credentials are then used to strip the creator’s YouTube accounts, with the channel transformed into one that impersonates the official pages of Ripple and Garlinghouse. Viewers are then urged to send “between 5,000 XRP and 1,000,000 XRP” to a listed address, which promises 5 times the returns from the recipient. YouTube is accused of profiting from the scam by “knowingly selling paid ads on behalf of fraudsters” — and awarding verification badges to channels taken over by the scammers. 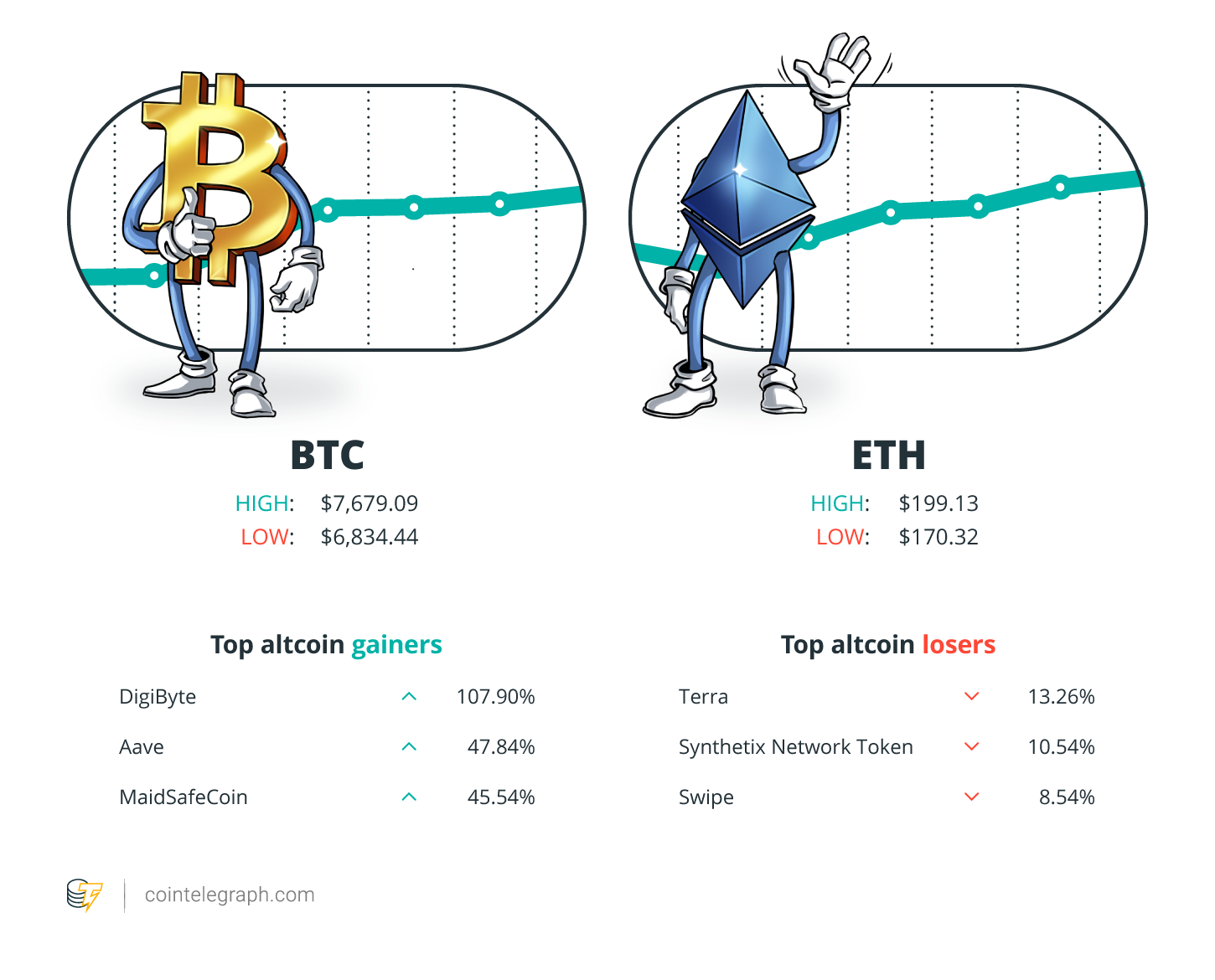 “We see that significant quantities were cashed out during bull markets of Bitcoin, and net new positions were accumulated by HODLers in bear phases.” 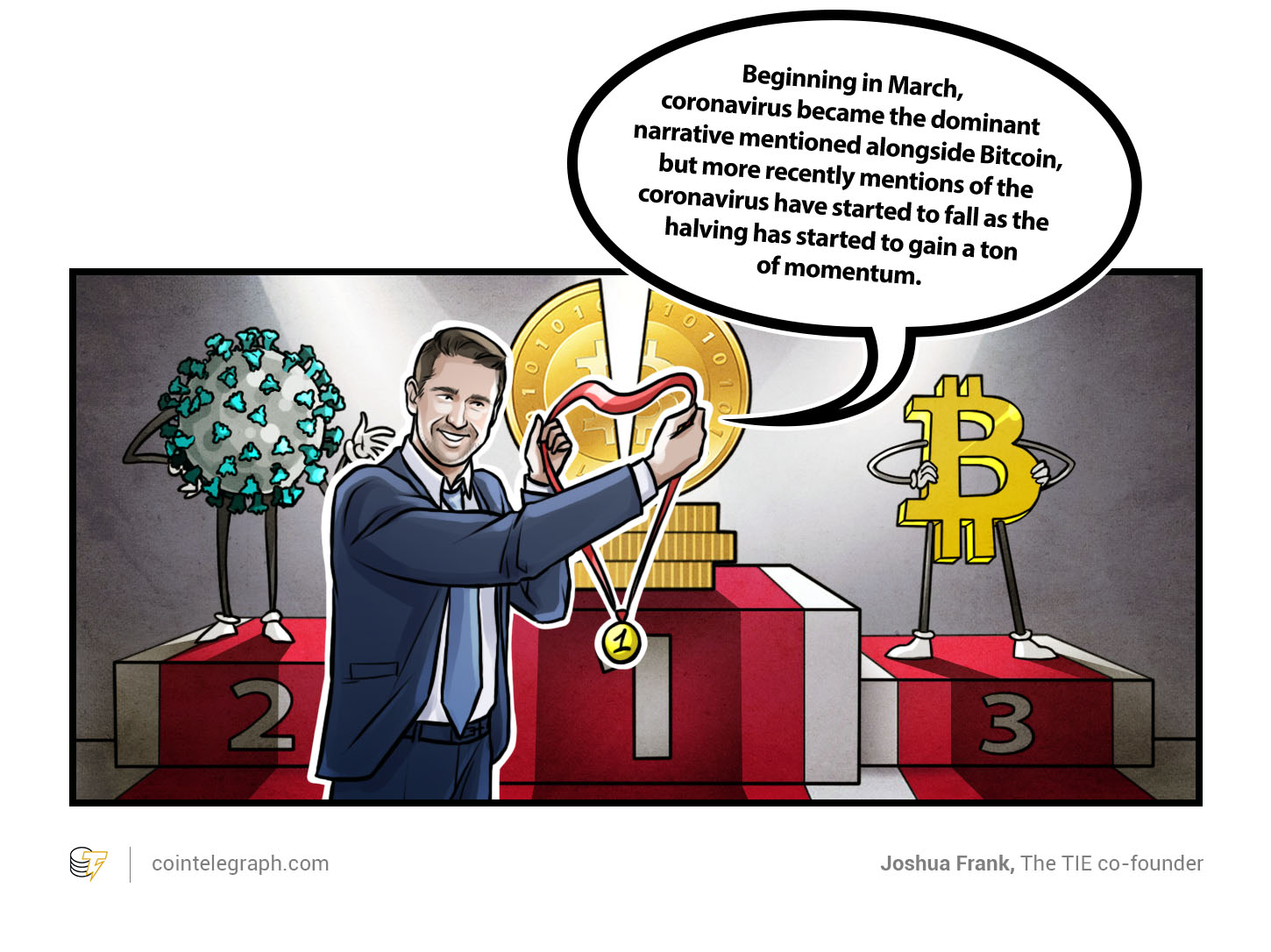 “A bet on Bitcoin is a bet that the deflationary pressures will win. When everyone gets nervous, they all go to cash, that includes selling Bitcoin, but it’s still one of the best stores of value that exists out there.” 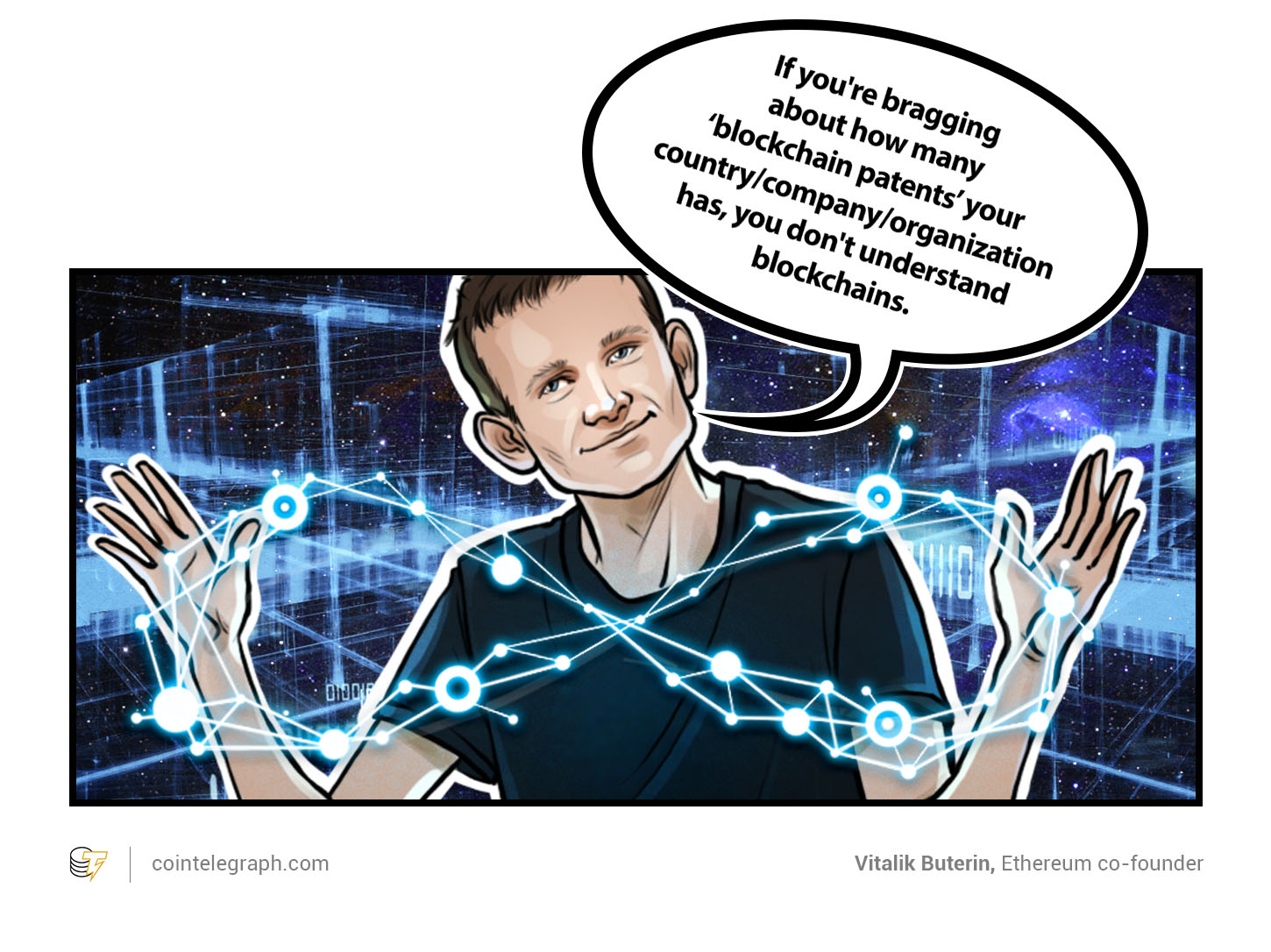 “This year will confirm Bitcoin’s transition from a risk-on speculative asset to the crypto market’s version of gold.”

“The most influential group of new adopters since the early days of Bitcoin is just entering the arena.” 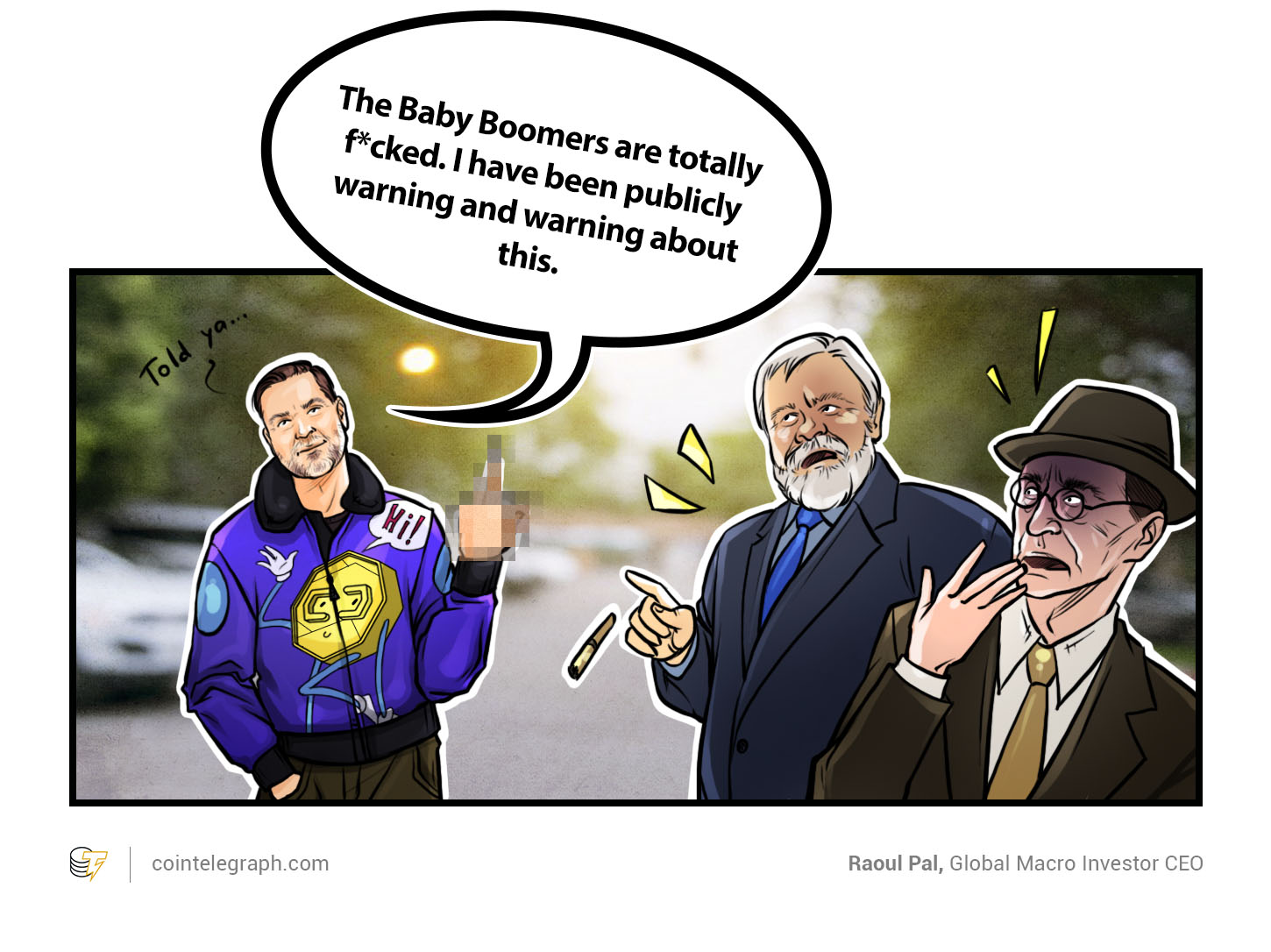 “My only question is whether Bitcoin is actually living up to its high expectations. This question does NOT make me a hater.”

A damning new macro report claims Bitcoin can rally to $1 million, but the coronavirus means that the baby boomer generation is, well, “f*cked.” Global Macro Investor CEO Raoul Pal says the COVID-19 pandemic is inflicting “incomprehensible” damage on the U.S. pension system. Summarizing the market losses seen since March, he wrote: “The Baby Boomers will sell every rally they can to protect their last, rapidly diminishing nest egg. The Baby Boomers are totally f*cked. I have been publicly warning and warning about this.” Since the report was published, we’ve seen a bizarre trend where stocks have been recovering even as record levels of unemployment have continued to worsen. Pal believes BTC represents a striking exit opportunity from the rapidly deteriorating status quo over the next five years, estimating: “I think it can get to $1M in the same period. I think it can go from a $200B asset class to a $10T asset class.”

Ethereum Co-Founder Vitalik Buterin took a veiled swipe at Craig Wright this week, the Australian entrepreneur who claims to be the pseudonymous Bitcoin creator, Satoshi Nakamoto. Wright has previously claimed that nChain, where he works as chief scientist, has filed more than 800 applications for blockchain patents, and has been granted between 50 and 100. In a scathing tweet, Buterin argued that this is beside the point, writing: “If you’re bragging about how many ‘blockchain patents’ your country/company/organization has, you don’t understand blockchains.” Meow. This prompted vitriolic responses from others on crypto Twitter, with Wright’s mentor, Calvin Ayre, firing back: “You tech has been used for more scams in the ICO shitecoin storm than the world has ever seen.”

The United States Attorney’s Office has seized a fraudulent COVID-19 domain name after its owner attempted to sell it in exchange for Bitcoin. CoronaPrevention.org was put up for sale on a “hackers forum” the day after President Donald Trump declared a national emergency in response to COVID-19, the U.S. Department of Justice alleges. An undercover agent engaged with the domain’s owner on the forum and pretended to be selling fake coronavirus kits. The site’s owner said this was “genius,” and allegedly added that there had been the intention to do the same but “couldn’t get enough cash to bulk buy them on Alibaba.” The domain name has now been taken down and redirected to the Justice Department’s notice of seizure.

A ransomware gang has published personal and financial data from the Californian City of Torrance online — and threatened to reveal 200GB more unless their demands are met. “DoppelPaymer” is demanding 100 BTC, worth about $760,000 at the time of writing, in exchange for not releasing any more of the files stolen in the March 1 cyberattack. The incident exposed the city’s local backups and encrypted approximately 150 servers and workstations. The StateScoop website reports it has examined the files and uncovered individuals’ names, dates of birth, Social Security numbers, and other personal information. Despite Torrance’s bad luck, a recent report by Emsisoft actually showed there was a significant drop in the number of successful ransomware attacks in the first quarter of 2020.

The road to Bitcoin adoption is paved with whole numbers

A cup of coffee can’t be 0.00071428571 Bitcoin or 71,420 Satoshis. Paul de Havilland has been writing for Cointelegraph Magazine about the challenges BTC faces in becoming appealing for retail buyers and sellers.

The next Bitcoin halving: To halve and to hold?

The upcoming Bitcoin halving may result in greater demand and higher prices, but what are the challenges for the 2020 halving? Here’s Ashish Singhal.

Litigation and steady price decline — can XRP sustain such attrition?

Ripple’s user support is in decline and its price continues to drop as experts share the possible reasons behind the negativity. Joseph Birch has the story. 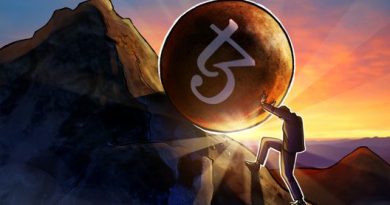 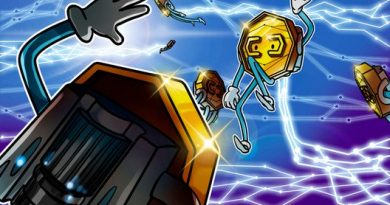 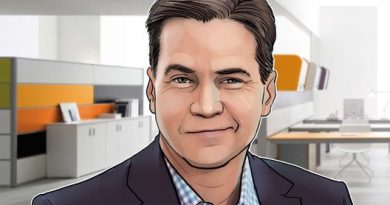 Craig Wright Threatened to Crash The Bitcoin Price … So What Happened?