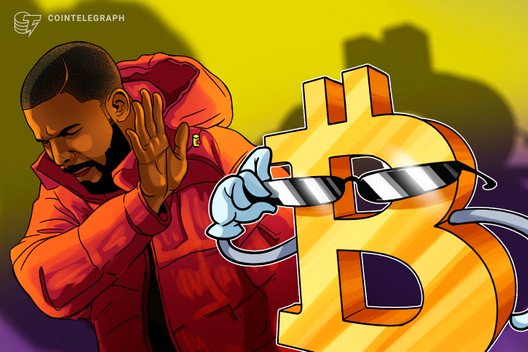 Bitcoin critics often cite scaling issues, a lack of privacy, and centralized mining as reasons to not invest in Bitcoin, but what if these problems are actually advantages?

Bitcoin is often described as gold 2.0; a superior system of storing and transferring value. It has seen a rapid increase in market capitalization since its introduction in 2009, with strong custodial, exchange, and futures infrastructure.

Yet, one cryptocurrency analyst known as cryptocomicon recently laid out a series of compelling reasons why one should not invest in Bitcon. The three that stood out most were limited privacy, centralized mining, and the lack of scalability. 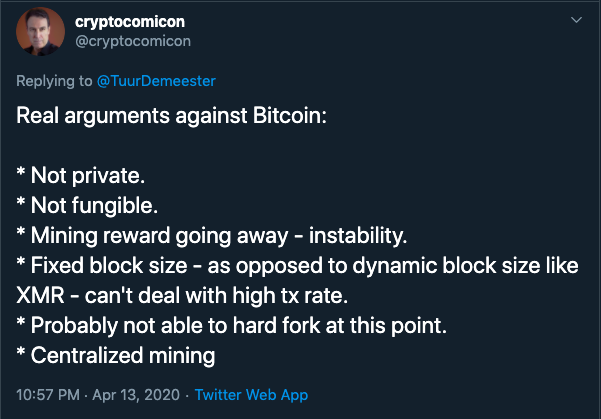 Despite each of these being valid points to consider, they can also be seen as advantages for BTC.

Zero privacy for Bitcoin is a pro and a con

Up until 2018, governments and various financial bodies criticized the “anonymous” nature of Bitcoin, stating that it poses a risk to the global financial system. But, as reported by Cointelegraph, South Korea recently cracked down on a large-scale sex crime ring earlier this month through tracking Bitcoin addresses.

One could argue that the lack of privacy measures on the Bitcoin network has actually improved the image of the dominant cryptocurrency.

Previously the public and governments perceived Bitcoin as the currency most preferred for use in criminal activities and terrorist financing, but this view appears to have changed in recent years as sophisticated blockchain analytics companies who offer crypto transaction tracking services emerged.

Following the release of the Financial Action Task Force (FATF)’s revised guideline on crypto assets on February 22, 2020, it has become even more challenging to launder money using Bitcoin than ever before.

Thus, the lack of privacy can also be viewed as increased transparency and this could eventually prevent governments from over-regulating Bitcoin-related companies.

The low scalability of Bitcoin is similar to the “no privacy” argument in the sense that it can be comprehended in two ways: it can make transactions expensive when the network reaches its peak, but it can also encourage second-layer scaling.

Some state that the relatively high fees on the Bitcoin network would push for the use of second-layer scaling solutions, which many believe to be inevitable if public blockchain networks are eventually used by billions of people worldwide.

Centralized mining is a problem now, but is expected to improve over time

According to a report from CoinShares Research, up to 65 percent of the Bitcoin network hashpower comes from China, a level unseen since 2017. While the level of mining centralization in China is currently high, over time it is expected to become more distributed across the world.

To date, large mining centers in China have been able to access cheap electricity in mountainous regions of the country, operating ASIC miners at low costs with natural cooling. Consequently, the level of mining centralization in China reached unprecedented levels in December 2019.

Additional data from CoinShares explained that:

“While we expect this ratio to fall again as latest generation hardware further makes its way into the non-Chinese market, at the time of writing, as much as 65% of Bitcoin hashpower resides within China – the highest we’ve seen since we began our network monitoring in late 2017.”

“We have reasons to believe the lion’s share of the newly deployed hardware has been predominantly installed in China. There could be many reasons for this, but Occam’s Razor suggests that it is likely an effect of relational and geographic proximity to manufacturers making barriers to business comparatively lower.”

Currently China’s mining sector has two clear advantages over the rest of the world, cheap electricity and direct access to new mining equipment. Eventually, lower electricity rates and better access to newer mining equipment could push the global mining industry to expand outside of China in the years to come, reducing the level of centralization. 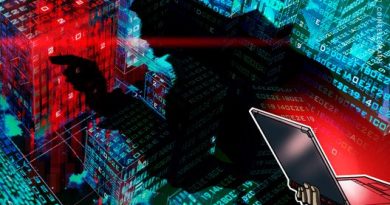 DForce Loses 99.95% of Funds in Latest Test of DeFi’s Resilience 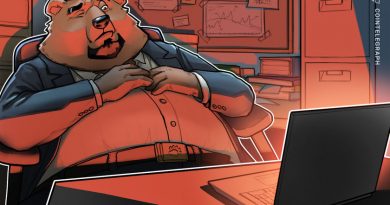 Bears aim for sub-$60K Bitcoin price ahead of Friday’s $1.1B options expiry 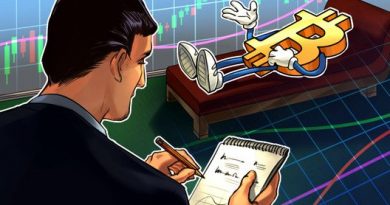