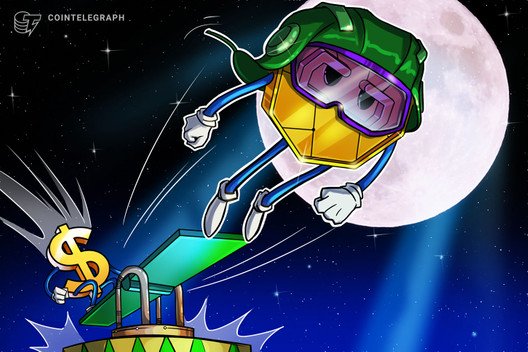 It is still too early to gauge the impact of QE on crypto, says Mati Greenspan. “The initial shock of the global economy grinding to a halt” is still too fresh.

These are perilous times, and it hasn’t escaped anyone’s notice that the United States Federal Reserve is doing its part to alleviate the suffering — which began with the coronavirus pandemic and has spread to the global economy. It’s printing more money.

“There is an infinite amount of cash at the Federal Reserve,” Neel Kashkari, the president of the Federal Reserve Bank of Minneapolis, told Scott Pelley of CBS on March 22, adding: “We will do whatever we need to do to make sure there is enough cash in the financial system.”

The U.S. Federal Reserve itself reinforced that message on March 23, announcing that it would “continue to purchase Treasury securities and agency mortgage-backed securities in the amounts needed to support smooth market functioning.”

The death of capitalism?

Reactions to these affirmations of quantitative easing, or QE, have been swift from sectors of the crypto community: “With these words, the last vestige of #capitalism died in the US,” wrote Caitlin Long, who established the first crypto-native bank in the United States. “[The] Fed’s monetization U.S. debt is now unlimited.”

Mati Greenspan, the CEO and co-founder of Quantum Economics told Cointelegraph: “The Fed said it is willing to buy the entire market” if necessary to stabilize markets. Meanwhile, on the fiscal side, Congress’s $2 trillion stimulus package includes handouts like “helicopter money” — i.e., a $1,200 payment to every tax-paying adult who has an annual income below $75,000. “Inflation is pretty much a foregone conclusion at this point,” he stated elsewhere.

Garrick Hileman, head of research at Blockchain.com, told Cointelegraph: “The response by central banks to COVID-19 is truly unprecedented, with Fed and Bank of England officials using terms like ‘infinite,’ ‘unlimited’ and ‘radical.’” They’ve been using such extraordinary language in the hope they’ll prevent equity and credit markets from seizing up. “Only time will tell if they have gone too far.”

The U.S. dollar is dominant

Is inflation really imminent, though? Not if one recognizes that the global demand for U.S. dollars continues to exceed supply. As Civic CEO Vinny Lingham told Cointelegraph: “The reality is: Everyone needs to reprice assets, and they need to do it in U.S. dollars.”

Lingham grew up in South Africa. He saw what happened with hyperinflation in neighboring Zimbabwe where “the demand for stable currency exceeded everything else.” With people in the grip of the current pandemic, entire business sectors have been shutting down all over the world. People have been selling assets whether it’s equities, collectible classic cars or Bitcoin (BTC). Lingham added:

“If I’m living in South Africa, I may have kept money in the form of a bar of gold that is priced in Rands. Now I’m selling it for local Rands and buying U.S. dollars with those Rands. As the Rand devalues, the dollar gets stronger.”

Under such conditions, “if the Federal Reserve prints another $2 trillion USD, it’s okay,” said Lingham. Greenspan agrees that the U.S. dollar has been the world’s most in-demand financial asset in recent weeks, and theoretically, the Fed could print trillions more than it is currently proposing — and there may not be any hyperinflation. The problem is that no one knows what the “stop point” is — i.e., how much is too much. “We won’t know [hyperinflation is] happening until it’s too late.”

BTC as a store of value?

What does all of this mean for cryptocurrencies? Many in the crypto world assume that Bitcoin, with its fixed maximum supply — 21 million BTC — is bound to come out ahead if the Fed and other central banks print too much money. “Though that assumption has not been tested in real-time except in Venezuela,” said Greenspan. If you had bought BTC at its low point in Venezuelan bolivars and had sold BTC at its height, also for bolivars, you would have come out way ahead. It’s not clear that this case can be generalized, though. During the current crisis, BTC and other cryptocurrencies have plunged dramatically, just like equities — which has somewhat damaged Bitcoin’s claim of being a store of value.

The current economic environment is not favorable for any asset class, Lingham observed. Bitcoin i3s now positively correlated with other asset classes. Greenspan said the correlation between BTC and the stock market has recently reached a high point of 0.6 — with 1.0 representing perfect positive correlation. If this were not the case, BTC would currently be priced somewhere between $12,000 and $15,000, Lingham suggested.

Ariel Zetlin-Jones, associate professor of economics at Carnegie Mellon University’s Tepper School of Business, told Cointelegraph that he understands this moment is critical for the future of cryptocurrencies:

“U.S. equity markets have suddenly become as volatile as Bitcoin markets, and the U.S. government is undertaking a large scale intervention that involves a massive expansion of the money supply which in the absence of other major shocks (the economic shutdown due to the pandemic), would normally induce a large increase in the inflation rate.”

However, Zetlin-Jones does not see these developments causing Bitcoin to emerge as a leading store of value because in the long run: “Bitcoin is one of the riskiest stores of value in the world, with Bitcoin price volatility more than five times that of both gold or even U.S. equity prices.” Kevin Dowd, a professor of finance and economics at Durham University in the United Kingdom, told Cointelegraph:

“BTC does offer an alternative store of value, and there is no question about that. The issue is: How good is it? It all depends upon when you buy and when you sell, and so there remains a huge element of luck.”

According to Hileman, the University of Cambridge’s first “cryptocurrency academic,” the prices of gold and Bitcoin should both rise:

“Even before COVID-19, we felt the unprecedented level of public and private debts made Bitcoin, and hard assets in general, attractive. Historically, recessions and large fiscal and monetary expansions have driven up the price of hard assets like gold. […] We do not see a reason why this time should be any different.”

The future of crypto?

It is still too early to gauge the impact of QE on crypto, said Greenspan. “The initial shock of the global economy grinding to a halt” is still too fresh. “The long-term trend is yet to emerge.”

Moreover, BTC is just a small part of the story, though it has held its value well compared with other asset classes, Greenspan told Cointelegraph.

People have been struggling, and many individuals are selling everything they can, said Lingham. “Until there is excess capital, Bitcoin is in the same basket as other assets. There will be no mad rush to get into cryptocurrency unless the U.S. dollar falters” — and then, only maybe.

“I would be surprised if BTC bit the dust due to the current crisis, but you cannot rule anything out,” said Dowd, who has maintained in the past that Bitcoin’s price must go to zero in the long term — principally because its mining model, a natural monopoly, is unsustainable.

In the short term, meanwhile: “The injection of money tends to float all markets, and that includes crypto,” said Greenspan. “Stocks will be first, but [the fiscal stimulus] is also likely to push up the price of BTC.”

The current crisis might eventually impel structural changes in the world economy, however, and these could change the crypto and blockchain space — for the better. Zetlin-Jones told Cointelegraph that once the recovery begins, a new way has to be found:

These are effective movements toward a more decentralized world economy, in which blockchain technology seems uniquely poised to play a key role, Zetlin-Jones said. “They might speed up the demand for blockchain solutions and, therefore, [improve] the long-run viability of blockchains and their associated cryptocurrencies. 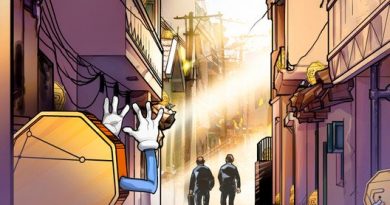 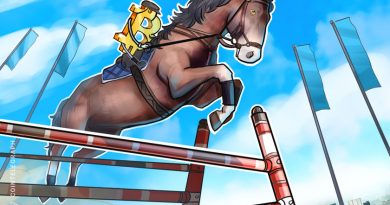 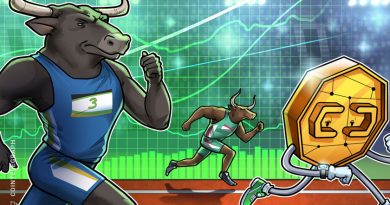