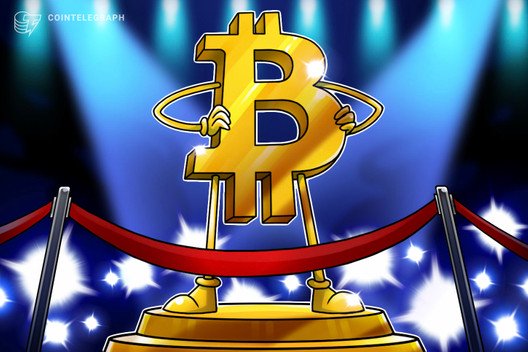 Governments are making drastic interventions to save equities markets but will policies like the Fed’s new unlimited quantitative easing program eventually do more harm than good?

As the COVID-19 pandemic continues to unfold with dire consequences across the globe, desperate measures to keep the economy afloat continue to be taken by world governments. Currently the most notable example is the U.S., which recently announced an unlimited quantitative easing program and also reached an agreement for a $2 trillion stimulus package.

The unlimited quantitative easing process will entail the Federal Reserve purchasing assets “in the amounts needed to support smooth market functioning” and after the announcement was made Bitcoin (BTC) price rallied almost 10% from $6,300 to $6,900.

At the moment, Bitcoin has dropped to $6,630 and crypto markets have remained fairly stable throughout the day.

Gold and silver have also recovered after several days of losses. Gold price dropped by more than 12% in 10 days but has since recovered to the $1,620-$1,680 price range seen between February 20 and March 9.

Meanwhile silver has hit its generational low against the US dollar when money supply adjusted, a figure to keep in mind while the Fed prints billions of dollars. In the last 3 days, silver has seen modest gains, surging from $12 to $14.5.

Will QE save markets or irreparably damage the dollar?

As the U.S. government sets out to spend billions of dollars this week, stock markets reacted positively and the S&P 500 rallied over 9% on March 24, the biggest daily surge since 2008. The Fed’s QE efforts may prop up stock prices for now but the long-term consequences will likely have a significant impact on the economy for years to come.

While stock markets are currently reclaiming some of the ground lost during the past two weeks, the worst may be yet to come as the total impact of the Coronavirus and its effects on the population and on the economy are not yet visible.

As for Bitcoin price, it is showing stability and painting higher highs and lower lows on the daily time frame. It seems likely that Bitcoin will continue to hold its own as the dollar inflates, although it’s worth noting that today’s difficulty adjustment may cause the digital asset to lose value as mining becomes cheaper. 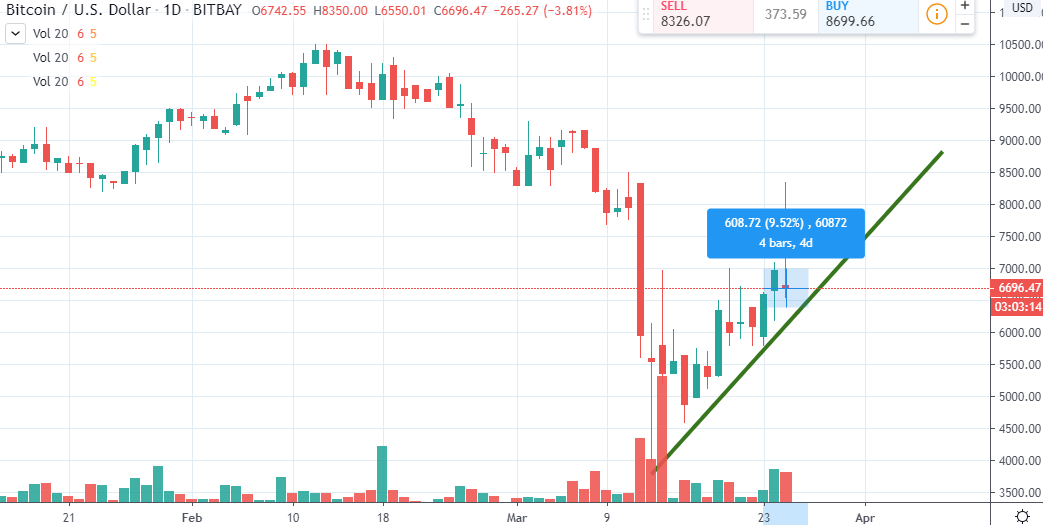 Investors watch safe-haven assets in a time of “unlimited” currency

To the surprise of many investors, precious metals had been falling alongside global equity markets which on March 9 saw their worst performance since the 2008 financial crisis. However, this isn’t entirely new for gold or silver.

In 2008, safe-haven assets behaved similarly, dropping alongside stocks and rallying after the announcement of the Fed’s quantitative easing program. For the time being, gold and silver seem to be back to providing security for traders and Bitcoin has been following the lead by holding its own in what could be its biggest test as a unique asset class so far.

The Fed’s unprecedented new measures highlight one of the primary value propositions of decentralized cryptocurrencies like Bitcoin, the issuance rate cannot be tampered with.

What’s next for Bitcoin?

As the current global financial meltdown has demonstrated, precious metals also have their weaknesses. On March 23, three of the world’s largest gold refineries announced that they would stop production for at least a week in order to comply with requests by local authorities. How this will weigh on price is yet to be determined.

Bitcoin, on the other hand, operates on a decentralized system that ensures that no geo-specific event can alter its production. Unlike precious metals, Bitcoin’s system allows miners to leave and join the network without severely impacting the amount of Bitcoin mined.

Over the past month the U.S. Dollar has also seen steady gains throughout the crisis due to the market participants quick exit from stocks and other risk-on assets. So far DXY has risen 6.35% in March but it has fallen by nearly 1% since the Fed’s announcement of unlimited QE.

Coincidentally, Bitcoin is set to have its next halving event in April which will lower its issuance rate drop from 12.5 BTC to 6.25 BTC every ten minutes. This means the supply will increase less than 2% per year, and will drop to less than 1% after 2024, a rate which is similar to the average rate of increase of the gold supply.

As the Fed sets out to print an unlimited supply of dollars, Bitcoin is in a prime position to become the next ultimate store of value currency as its issuance rate remains relatively unaffected by the COVID-19 pandemic and the upcoming halving continues as programmed. 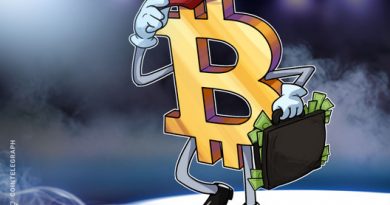 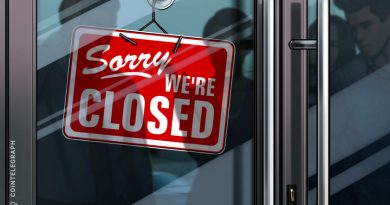 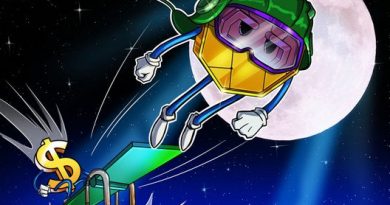