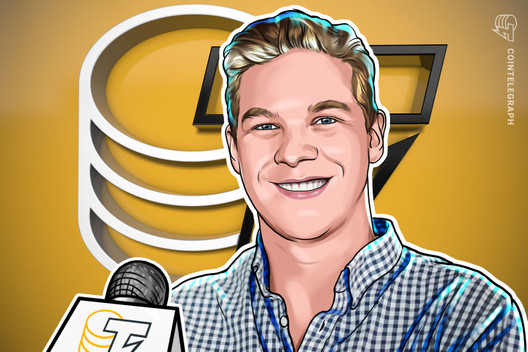 One of DeFi’s most active, successful investors shares his thoughts on yield farming, the origin of LINK Marines, and how DeFi will evolve.

Following the collapse of initial coin offerings, venture capital became the primary funding source for cryptocurrency projects. A slew of crypto-native funds opened their doors, one of them being Framework Ventures, a fund primarily investing in decentralized finance that was co-founded by Michael Anderson and Vance Spencer.

Cointelegraph previously reported on Anderson’s philosophy of network capital, a change in investing mindset that is almost necessary in a space where decentralized protocols take the place of traditional companies and equity structures.

Framework Ventures has made several investments, notably into Chainlink’s LINK token and Synthetix’s SNX token. But the fund is not all about passive investments, and it recently announced a formal spin-off focused on incubating and creating new DeFi projects in-house.

As DeFi insiders, Framework’s founders have a wealth of knowledge on current trends and future potential. They correctly predicted that Compound’s token incentive scheme would not be the last, and in fact, they arguably popularized the term “yield farming.”

Cointelegraph sat down with Anderson once again to discuss a variety of topics in the DeFi space as a whole, in addition to his fund’s strategies.

This interview was recorded on Sept. 3, and some events discussed may have evolved since then.

Cointelegraph: Your predictions about DeFi yield wars were right, and they have clearly evolved over time. What’s your take on what’s happening right now?

Michael Anderson: I think it’s just like what we saw in 2017 with the ICO craze. There was a lot of garbage, but there was true value in it. Namely, Maker was launching, Chainlink launched then, and there were some projects that are pretty fundamental now that were launching in 2017.

CT: The most popular yield farm right now is SUSHI. What do you think of SushiSwap’s goal of migrating liquidity away from Uniswap? Can it do it?

MA: I think what SushiSwap is telling the market is that Uniswap needs to implement incentives or some method of value capture other than just the fees that are being generated in the liquidity pools. Whether or not SushiSwap’s going to work, we’ll see. I am making popcorn, taking back my chair and waiting and watching.

But I do think this should be a signal to Uniswap that if there are plans for a token with some value capture or incentive model for users or liquidity providers of Uniswap, it’s time to bring them out. Because if they don’t, other people will try to steal it.

CT: You’ve announced a capital raise for a spin-off called Framework Labs. What can we expect from that initiative? And why does it need a separate investment?

MA: Framework Labs actually already existed before. It’s our management company where we’re technically hired at. What we did was we recapitalized Framework Labs with a deeper balance sheet to be able to go off and incubate new ideas to build products in-house and actually benefit from, trade on and use productively all the DeFi protocols that we’re investing in.

We’ve recruited one of the top technical teams — definitely in the DeFi space — and we’re letting them build different products, features and services. But that takes capital, so we also want to know that we won’t run out of money if we hire them.

And we also want to be able to incubate new ideas in-house, which would require maybe bringing in three to five people for six, nine or 12 months, incubating the concept in-house and then spinning it out.

CT: You previously said that despite the huge rally for Chainlink, you won’t sell it yet. Why is that?

MA: I think the big point here is that Chainlink is becoming the de facto security layer for DeFi. And I think we can start to think about the nodes and the data feeds that are being pumped through Chainlink needing to be as secure as the smart contract layers that they’re actually running on.

And this concept is becoming more popularized, especially as DeFi expands into more complex products, more interesting — kind of esoteric — initiatives. As we expand into centralized finance — whether it’s through traditional price feeds of equities, commodities and forex, and not just crypto price feeds, where it’s a very circular nature of what we’re building — Chainlink will become even more important at that point.

CT: But there are major projects such as Maker and Compound that are not using Chainlink, so is the platform really a necessity?

MA: Maker actually does have a governance proposal to include Chainlink oracles, especially as they get into needing collateral that is not just crypto assets. It’s going to be a requirement for them to use Chainlink, as it’s the only one that works. And I think Compound is going to be in crypto money markets for a very long time, so maybe their need for non-crypto price oracles is just less.

DeFi may be circular in nature these days, but the hope of DeFi is that we can build bridges to CeFi. That’s, frankly, where we need to go as an industry, and if you’re a DeFi protocol that’s expanding into anything that’s not crypto prices, the only path to get there is Chainlink.

CT: What about Chainlink’s “LINK Marines” community? How do you think this whole phenomenon evolved, and could it be some sort of convoluted marketing strategy?

MA: So, number one: It’s not intentional. I can assure you that. I’ve had many conversations with people on the team asking me that exact same question. And, you know, I don’t have the answer either.

My guess is that you have the combination of a really simple, salient problem space, which is the oracle problem. In three words, you can get to the entire encapsulation of what Chainlink is doing. And then you have that juxtaposed and combined with this high level of academic research. So, it’s this ability to have a very complex solution to a very large but easy to understand problem.

And the other aspect, just from a financial view, is that LINK Marines really kind of started in August 2017. Everybody participated in the run up until January 2018 and then experienced the 95% price decline over the next six months in 2018. And so what that has done is it has fostered this group of incredibly connected people who have been through these “wars” together.

CT: Ethereum’s gas fees suggest that the network is reaching its maximum load. Do you think outsider projects can see some resurgence because of Ethereum’s woes?

MA: I think there’s going to be viable opportunities for non-Ethereum DeFi to happen in the next six months. Now, it’s kind of a race to build viable bridges from Ethereum to non-Ethereum DeFi protocols. A good example here: There is no bridge currently from Ether liquidity to Serum. So, you can bring USDC over, but you need to get it on the Solana blockchain. It’s not something you just transfer from your ETH wallet. You’ve got to go through either Coinbase or Circle.

Same thing with Polkadot. There isn’t a bridge from Ether to Polkadot. And even though Polkadot or even Cosmos or Substrate are building DeFi platforms and ecosystems themselves, it will really require a bridge to Ethereum to be real DeFi because that’s, you know, where the $500 billion in value in SushiSwap comes from. [Laughs.]

So, that’s number one. Number two is that you also have an army of layer-two solutions for Ethereum that can very drastically solve these scalability issues. And it’s kind of a horse race at this point, where it bridges from Ethereum to these different ecosystems and then layer two. 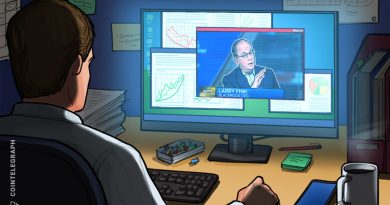 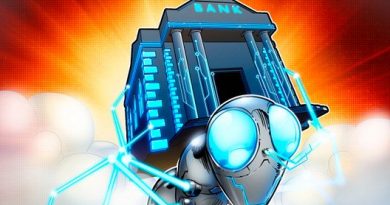 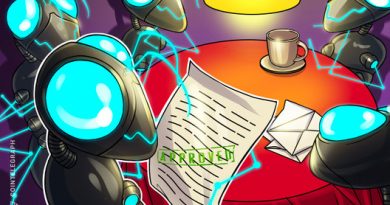