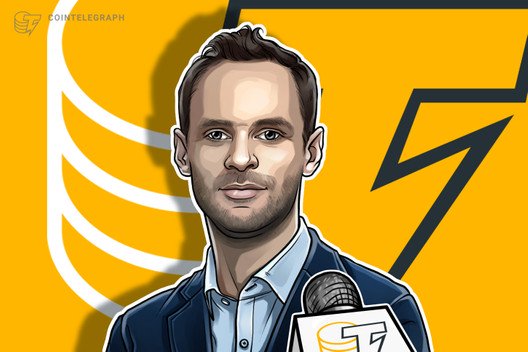 IBM’s head of blockchain in Australia and New Zealand has shared the firm’s outlook for the integration of DLT into supply chain systems.

In an interview with Cointelegraph, Rupert Colchester, the head of blockchain at IBM Australia and New Zealand, discussed how distributed ledger technology is transforming supply chain systems worldwide.

Colchester also provided insight into some of IBM’s current blockchain initiatives and the state of the industry in Australia, and he shared his excitement for the emerging era of digitization that DLT is driving.

Cointelegraph: What is the state of blockchain adoption within Australia at present? Is Australia behind or ahead of the curve regarding DLT?

“Even with respect to government-based blockchain initiatives, which you might say are ‘centered on the country and its assets,’ initiatives also often still touch exports and imports in the form of people, goods and services.”

By way of example, there are great use cases for the technology around skills and credentials, but a lot of those use cases relate to non-Australian students, regulations, processes, educational institutions and so on. So, I think it’s very hard for any one country to assess its own progress.

What is definitely true is that the way Australia has set up standards, and indeed the way it has a really prominent role in some of the global standards initiatives in relation to DLT, is a very positive thing. And in order to help companies and organizations within the borders of Australia make progress on this technology, it is helpful to have some leadership in the way of standards and technical standards, but also the governance mechanisms and know-how to push things forward.

The other thing I’d add from when I think about the Lygon initiative — where we ran a pilot with three of the largest banks in the country — is the importance of effective collaboration within the Australian borders. That is something you don’t see in many other countries across the globe.

When you look broadly at supply chains, I wouldn’t say that Australia is particularly far ahead. You don’t see many organizations using a common platform for supply chain data and workflows within the Australian borders yet, but you do in some other countries see, in some cases, hundreds of organizations using one platform. You don’t see that yet.

CT: What should the role of government be with regard to driving blockchain adoption?

RC: It is key that governments take the lead from a standards perspective and in setting the guardrails for organizations, businesses and regulators in any particular industry. And that’s not just financial services by any stretch of the imagination, that’s all sorts of standards and organizations and different regulators and associations as well.

“For me, the most effective way the government can help is to drive a proactive and collaborative effort across the industry. So, where the Australian government has been supportive of initiatives and/or has spearheaded initiatives, I think that is a sign of success.”

There are countries where the governments are not really active in any way, shape or form. But at least in Australia, we definitely see the government being supportive and proactive, and in fact, it has specifically put a roadmap in place.

CT: What are some of the benefits that DLT offers to supply chain systems?

RC: Supply chains are ingrained in every single industry in some way, shape or form. Consumers are demanding a totally new level of transparency. They’re also demanding levels of collaboration across the supply chain to in turn improve their consumer experience.

So, they have an expectation regarding whomever they buy something from or obtain something from. They expect that the people that they’re buying from have done the necessary collaboration through that supply chain. They also increasingly expect a level of sustainability in supply chains. So, there is an expectation from consumers, and consumers kind of reward the supply chain when that transparency is there or where even transparency in sustainability is there.

“When every member of a value chain is collaborating, it really enables people to capitalize on the benefits that technology can bring across that value chain or supply chain.”

So to me, the transparency, the greater visibility of where things are through a supply chain, and the speed are really notable — and the efficiency that it drives. And of course, really important in today’s economy, it also drives a reduction in costs.

CT: What can you talk about related to the supply chain initiatives IBM Australia and New Zealand is currently working on?

RC: While we have a number of projects in flow at the moment, and some of them touch supply chains, I can’t go into them all in great detail. But we are continuing our work with trade lenders, which is a supply-chain-based platform in collaboration between IBM and Maersk to enable visibility and the digitization of trade-based processes or trade processes. In addition, the IBM Food Trust initiative — that is a digital solution for the whole food industry. Everybody from a grower or producer all the way through to the consumer who purchases the product.

In addition to that, we’re working in the financial services industry where again it touches the supply chain. These initiatives are starting to see real scale and real meaning in the digitization that we’re managing to do and massive efficiency in workflow. In the Lygon pilot, for example, we managed to deliver on the promise that we’d establish a proof-of-concept. Instead of taking 30 days to issue a bank guarantee, now it just takes one day, if that.

And another really interesting one is the issuance and verification of trustworthy credentials for citizens and other people in the country, whether that be a school course, a university degree, a digital badge or even a small credential that one would like to lay claim to from doing a piece of work experience — the ability to have a trustworthy source of credentials for every citizen. And as a result, employers are able to validate those credentials. Recruiters are interested in the validity of these credentials as well.

That project increases trust across all of the credentials, whether they’re tiny ones or big macro degrees across the whole country. And the fraud sometimes associated with skilled workers is obviously a real focus. And indeed, this is one of the major use cases in the national blockchain roadmap.

CT: Can you speak on the role that other emerging technologies such as artificial intelligence plays in bolstering blockchain initiatives and promoting adoption?

RC: We see AI and blockchain much like other exponential technologies such Internet of Things and 5G: These are all key technologies that underpin the transformation of workflows and processes across the entire business landscape.

When companies and the clients we’re working with are trying to set their strategic intent around the platforms that they want to be a part of or own, it’s always underpinned by these workflows. And those technologies in turn are going to be what digitizes or improves those workflows.

“These two technologies, and others, can only be treated together as mechanisms and ways to add intelligence to today’s workflows or to enhance them.”

Every blockchain project we do pretty much has some element of AI in there and usually has some element of IoT in there as well now. Whether it’s extremely advanced machine learning or a simple bit of natural language processing, it varies. But they absolutely coexist, and we have to treat them as simply enabling technologies.

CT: What are the biggest barriers to widespread DLT adoption?

RC: To me, the barriers to adoption really center around collaboration. It’s not that companies don’t want to collaborate, it’s: How easy is it to collaborate? Even right now — you think of the world we’re living in now, albeit for a short period of time. It’s really hard to get the right players from multiple companies in a room to talk about one issue initiatives.

Something like the Lygon initiative — that took us a year and a half to incubate. It took a group of thirty to forty people meeting on a very regular basis across companies, making sure that there were no conflicts of interest, ensuring confidentiality was really carefully maintained in the way it needed to, and ensuring that we had regulatory support where applicable for the initiative that we were undertaking. And that’s true of any of these other blockchain initiatives.

“With things like the IBM Food Trust, most of the barriers have been dealt with. The barrier now is simply growth: How fast can a network grow to deliver value for all?”

But again, interestingly the speed of growth for a network like that comes back down to collaboration. How open is a beef producer to sharing its data up the chain? Well, it’s increasingly open, but it’s not like the world is completely comfortable with that just yet.

So, there’s this paradigm shift to share certain data sets or data points that your company might historically have felt were the crown jewels; a shift to a world in which you are prepared to share that and you understand the value that sharing it will deliver back to your business. That is still a leap that is gradually being taken, but it’s slowly but surely — it’s not just happening overnight. Companies aren’t just looking at their fellow industry players and saying, “Oh, they’ve done it. Now, I’m going to do it.”

CT: What innovations within DLT are you most excited to see gaining traction?

RC: I’m really excited by the continued growth and rollout of the IBM Food Trust platform, including across large numbers of products and SKUs in existing members just like Dole announced in the United States recently. I am also extremely excited by the prospect of Lygon and what Lygon has the capacity to do across Australian organizations. Lots of people need bank guarantees and letters of credit, and Lygon has the capability to totally digitize these instruments.

What most people are used to is digitization being kind of ”era one,” which is just: “Let’s convert it to digital documents on our computer.” But still, companies hold loads of different versions of those documents. So, that true digitization and how blockchain is going to enable and support it, that is probably what excites me the most.

The interview was edited and condensed for clarity. 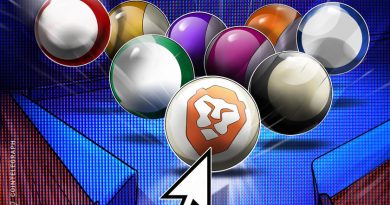 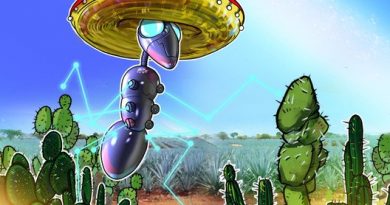 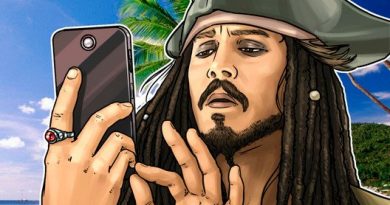