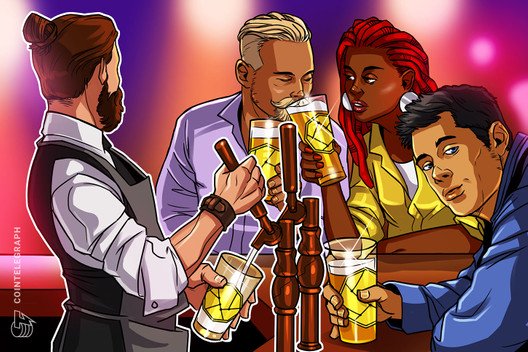 Cryptocurrencies are like beer in more ways than meet the eye.

Whether crypto markets are up or down, people will still buy beer.

The American beer industry has seen a 600% increase in the number of breweries between 2008 and 2016, according to data from The Atlantic. And the crypto industry really boomed from nothing in 2008 with the release of pseudonymous author Satoshi Nakamoto’s Bitcoin white paper. By 2017, thousands of new digital assets built on top of that work had found their way onto exchanges. Nowadays cryptocurrency lives somewhere in the public consciousness between a Bloomberg headline and a subculture.

Cryptocurrency remains less than 100% accessible to the general public, but plenty of adults of legal age understand beer references. In that spirit, please enjoy this playful explainer of which crypto is like which beer.

A standard American-style lager, Budweiser is an immensely well-known beer available in establishments east to west and beyond. It doesn’t have all the bells and whistles of contemporary India Pale Ales or bespoke sour beers, but it can still come through as a simple, reliable drink that many folks enjoy.

Bitcoin gets the job done similarly in the crypto world. As the first cryptocurrency available to the public, it’s not the fanciest, latest thing. But users know what they’re getting when they use it — reliability and brand persistence.

Just as Bitcoin’s implications (with regard to forking) lead the charge of a thousand cryptocurrencies, Budweiser’s parent company, Anheuser-Busch, is responsible for several other beers and brands.

Positioned as a less filling, lower calorie alternative, Bud Light does not claim to be the real Budweiser, but rather takes its place as the popular alternative. Bud Light is obviously built on Budweiser’s impact, but has the potential to serve a different purpose, depending on the customer.

Litcoin’s creator, Charlie Lee, describes LTC in relation to its usability and mass appeal. At one point in time, some headlines called Litecoin the figurative silver to Bitcoin’s gold.

A mainstream, entry-level craft beer, Blue Moon Belgian White has an arguably different, more robust flavor panel than a Budweiser. Watch me stretch this to how Ethereum built on what Bitcoin started.

Blue Moon has a number of different flavors that go beyond its basic Belgian White designation, including Honey Wheat, Harvest Pumpkin Ale, White IPA and more. Ethereum was similarly the foundation for a multitude of initial coin offerings built on its blockchain.

Additionally, many beer aficionados do not really classify Blue Moon a top-tier craft beer, much in the same way many parties criticize Ethereum for its scalability and performance issues.

A popular choice, Goose Island 312 exudes the flavor and hoppiness of a fairly solid craft beer, although some enthusiasts might not call 312 a craft beer at all. Goose Island is owned by large-scale brewing giant, Anheuser-Busch, arguably disqualifying it as craft beer — some say that designation is partially characterized by a brewery’s small operating size.

In the same way, many argue about XRP’s connection (and alleged centralized ties) to the large tech company Ripple. The XRP asset is fast, but many crypto enthusiasts knock its status as a true cryptocurrency, historically based on Ripple’s reported hefty coin stash. But XRP still gets the job done quite nicely as a method of digital value transfer, and has shown traders and market participants significant price action over the years.

(Yes, Blue Moon is also owned by that large conglomerate called MillerCoors, but acknowledging that would collapse the analogy!)

The hype around Zombie Dust is real.

“Zombie Dust has maintained a level of hype that’s almost unheard of for a daily drinker,” according to a 2018 ChicagoMag article. “One Chicago store even hung a sign: ‘It has been __ hours since we’ve been asked for Zombie Dust.’”

The hype is real because the product is real. Zombie Dust beer boasts a “world-class” score on BeerAdvocate.com for its unique flavor and aroma.

Chainlink also touts similar hype and a posse. Its loyal fan base is affectionately known as the “Link Marines” on Twitter. The asset is generally well-received in the crypto space, and its project aims to solve the notorious “oracle problem” — a core issue in linking digital assets to real-world assets.

Whether we’re talking beer or crypto, it often helps to step back and see the lighter side of the industries in which people reside. 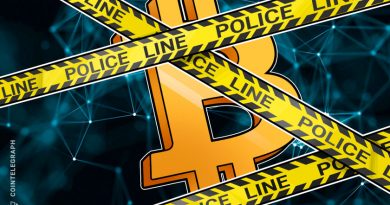 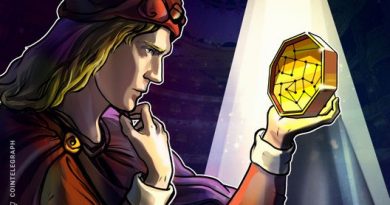 Jenny Ta on Transitioning From Wall Street to Crypto 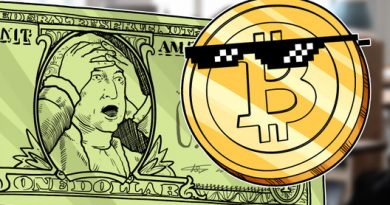