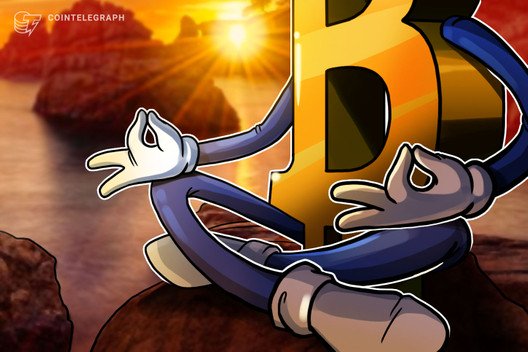 Stocks had their worst opening ever today but Bitcoin price has bounced from its daily lows and now looks to establish a foothold for a relief rally.

Apart from that, gold, the usual safe-haven for traders, took a big hit today as it dropped 7%. Silver made a colossal crash of 22% and while Bitcoin (BTC) dropped 15%, it quickly rallied back up to touch $5,000. Does this mean the positive correlation between the equity markets and crypto over? 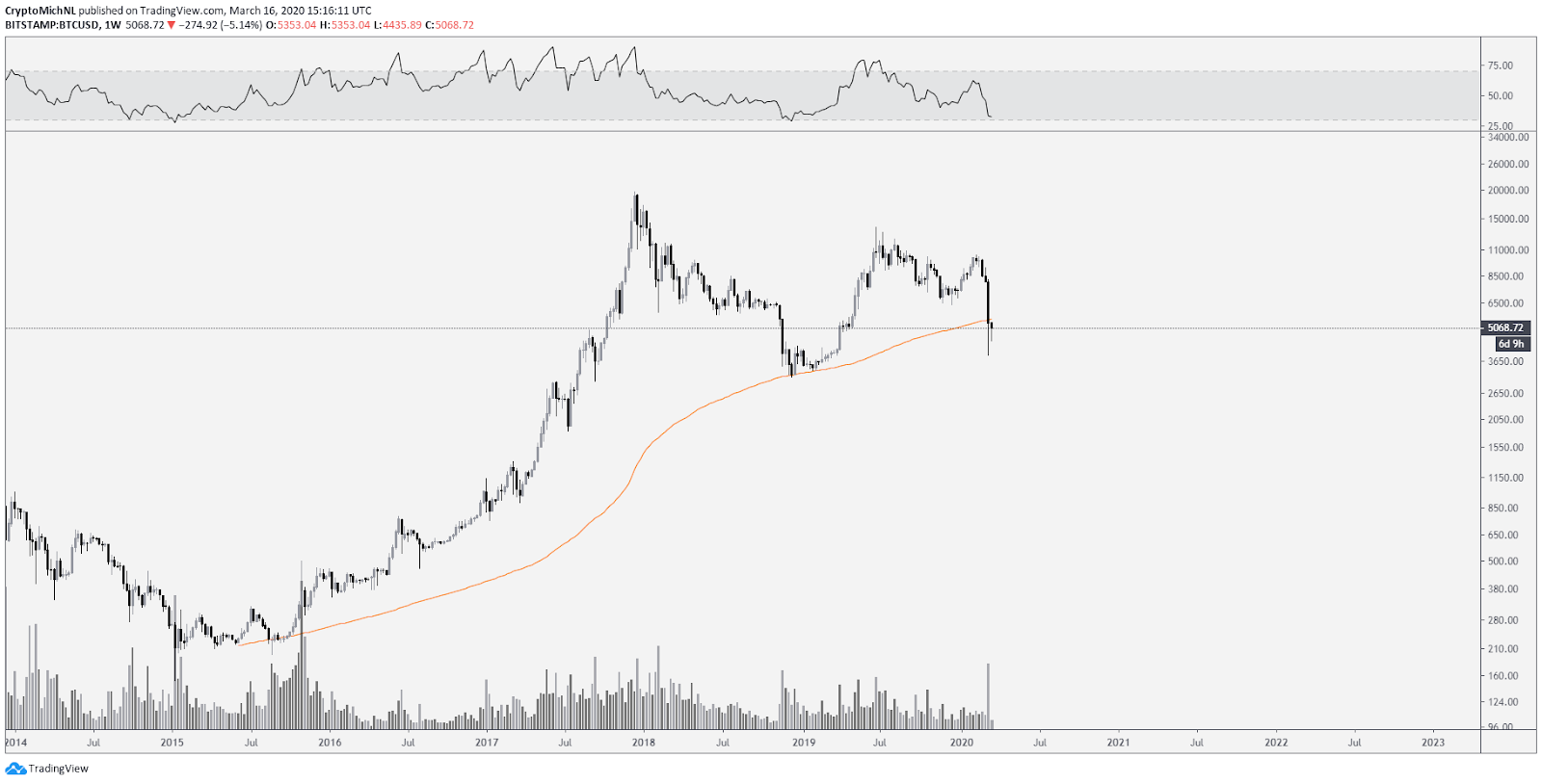 The weekly candle from last week closed below the crucial 200-Week MA (Moving Average) as that’s been the support all along the previous bull cycle. Traders will now wonder if the continuation of the bear market is imminent?

The simple answer is yes. As long as the price of Bitcoin can’t break back above the 200-MA on the weekly, the momentum seems to remain downwards. Nevertheless, it’s still possible that we’ve witnessed a fake-out and will be breaking above this 200-Week MA in the next months.

This is similar to what the market saw in the previous months with the golden cross. This golden cross failed as well, as the price dropped heavily since. 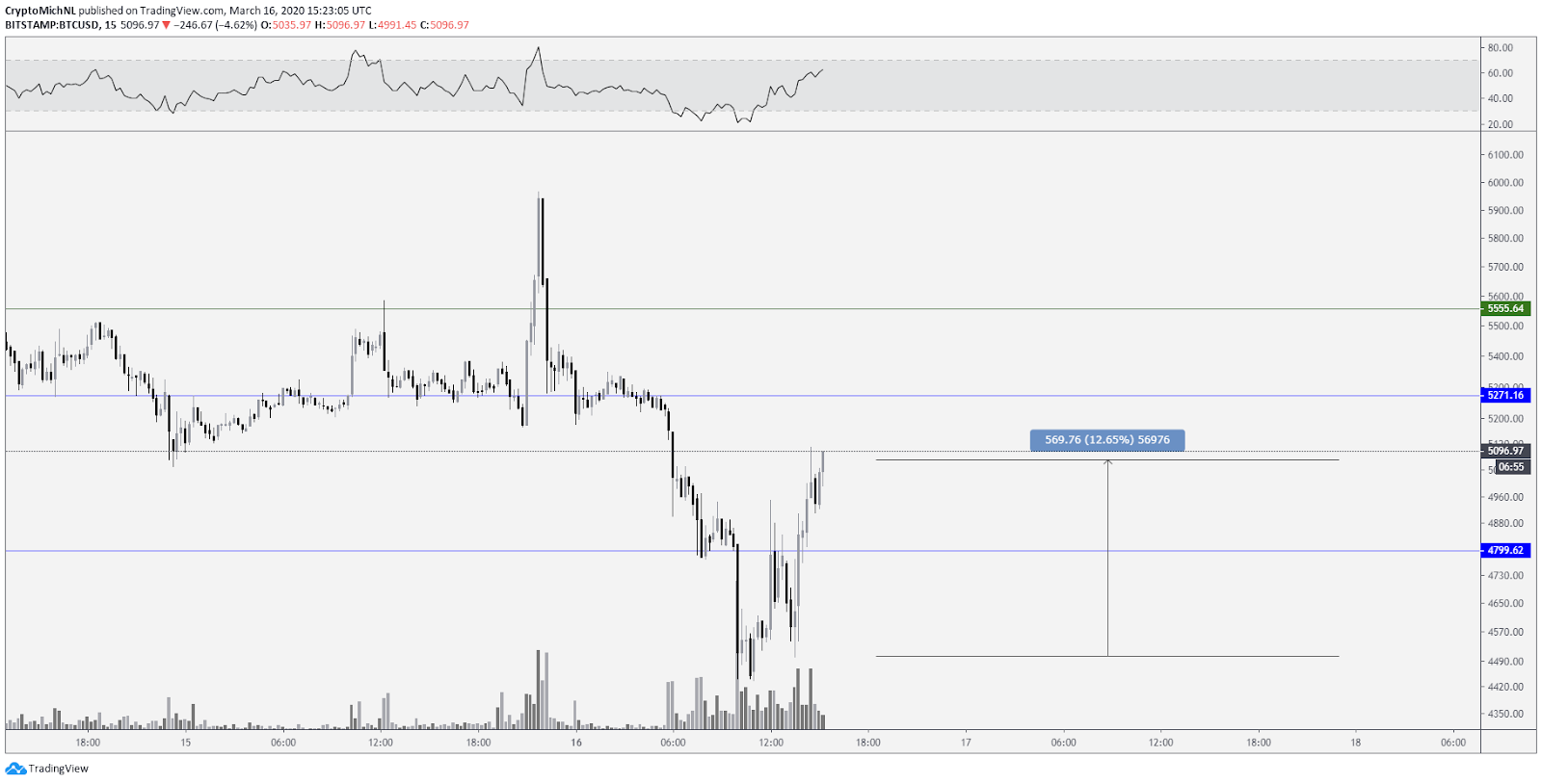 The price of Bitcoin jumped by 12% since the U.S. equity markets opened today. Does that mean that the positive correlation is over? No. It looks like the dropdown was already priced in on Bitcoin during the weekend, while the effect occurred after the opening on the USA stock markets.

Is it different this time?

Such a move doesn’t mean that the correlation is gone. Gold and silver dropped massively after the open as well, implying that investors are still selling their risky assets to defend their equity portfolios.

The previous numbers mean that a short-term relief bounce should be near for equity markets, although there is one thing to keep in mind.

“This time it’s different”, is a common saying in the field and the case of the coronavirus is indeed a different case than the Dot.com bubble. However, markets tend to move the same due to human psychology.

In that light, strict measures against the spread of the coronavirus should be getting priced in more quickly as time passes.

The majority of the people in the Western world are either on lockdown or will be quite soon. While, on the other hand, governments are announcing substantial measures to help the economy.

It’s not unnatural to assume that Bitcoin will also see a relief bounce from here. The sentiment is at rock bottom and the crypto fear & greed index still shows an extreme fear reading of 8 out of 100. Similar figures have been seen around the bottom at $3,100 and the crash in February 2018 towards $6,000.

The 4-hour chart is showing a bullish divergence, which is a reliable indicator for potential short-term trend reversals. The resistances lying above the current price level are $5,200 and then the range between $5,600-5,800.

A bullish divergence occurs when the price drops just below the recent low in order to take the “liquidity” residing there. Many traders will have placed their stops beneath this level. Usually, these will be taken, prior to a move the opposite way. Such a move usually creates a bullish divergence and this what can be seen on the 4-hour timeframe.

Combined with the fact that investor sentiment is in the ultimate depression mode provides many ingredients for a potential relief rally.

However, some key ingredients are needed for such upward momentum.

The first crucial ingredient is holding support in the green zone (which is at $4,800). If that level holds as support, further upwards momentum is warranted for the markets.

After that, a breakthrough of the price above $5,200 is needed to attack the levels around $5,600. The price of $5,200 held for some days, so this is a basic level to break to keep the upwards momentum going.

The bearish scenario for Bitcoin price

However, the market is showing some slight strength for now as it created a slightly higher low and a bullish divergence on the 4-hour timeframe and a CME gap around $5,900-6,000. All ingredients for some short upwards momentum. 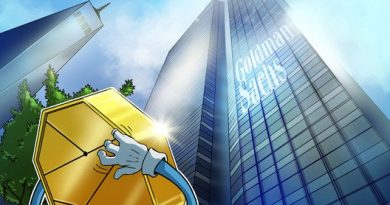 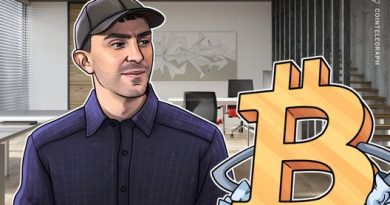 What If Amazon’s Jeff Bezos Bought All BTC? Tone Vays Weighs in 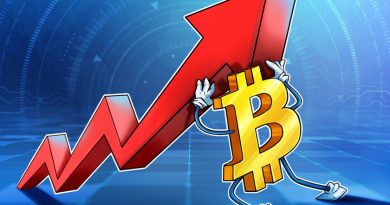