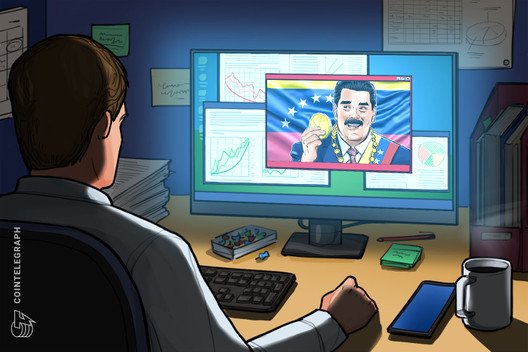 Contrary to initial inspection, recent allegations against Maduro and other Venezuelan brass do not directly involve cryptocurrency.

“Maduro and his co-defendants are not alleged to have been involved with crypto, directly,” Ashok Ayyar, counsel at Experience Legal, told Cointelegraph.

A number of Venezuelan officials, including former president Maduro, faced a slew of charges from U.S. governing bodies, according to a March 26 statement from the U.S. Department of Justice (DoJ). Despite the press release announcing the charges touting the Homeland Security Investigations’ ability to track cryptocurrency transactions, a close examination of the DoJ’s indictments reveals no direct mention of cryptocurrency or blockchain usage as part of criminal allegations against Maduro or his cohorts.

“My sense is if Petro was involved it was only involved later in the scheme, and it‘s unlikely any US banks directly touched the crypto, so an intermediary like bitcoin might have been used at some point (pure speculation).”

Numerous headlines have affiliated cryptocurrency with criminal activity over the years, making the asset class an easy scapegoat for financial crimes, even where no correlation exists.

“There is no allegation in the indictments that the Petro or any other crypto was specifically involved,” Coinsource general counsel Arnold Spencer told Cointelegraph.

“The statement in the press release from HSI officials is not supported by the indictments (which is a violation of DOJ policy). Why do US officials try to vilify crypto when there is no allegation that crypto is involved in the alleged conspiracy?”

Crimes by the country’s officials came before the Petro

Venezuela has appeared in a number of blockchain-relevant headlines over the past two years. Most recently, the country released its own national crypto asset, the Petro, in the midst of soaring national inflation.

“The Maduro indictment suggests the money laundering by the cartel long pre-dates the Petro and other Venezuelan sanctions, stretching all the way back to 1999,” Ayyar explained. “The Petro likely became part of the money-laundering scheme more recently, but that is not the only cause of this indictment.”

The only crypto references include broad mention

In fact, the DoJ’s statement includes only two passing cryptocurrency references, but neither are substantially linked to any of the department’s specific charges.

The only other direct crypto reference comes as part of a job title mentioned at the bottom of the DoJ’s announcement:

This crypto reference still likely does not mean direct crypto involvement. “Adding Ramirez now just means that the Petro is a part (but not the whole) of the equation,” Ayyar said. He also noted that Ramirez was indicted in 2019, but was added to this 2020 indictment, which now takes the place of last year’s accusations.

“To me, this suggests that the petro was undoubtedly one means for sanctions evasion and money laundering, but not the only one,” Ayyar said, adding:

“There was enough sanctions evasion and money laundering even without the Petro being involved. But no way do they add Ramirez to the indictment today unless the Petro/crypto was involved.”

Although the charges state no direct specifics, Ayyar said he thinks the whole situation might have involved other crypto assets, aside from the Petro. “What other currencies did Venezuela accept in their token pre-sale?” he said. “I would think it had to include BTC and ETH, but I can’t recall,” he posited. “Those currencies were likely used for sanctions evasion and money laundering, too.”

Taking into account the wide range of laws, allegations and parties entangled in the situation, including Ramirez, Spencer sees the Petro being included in the inspections and proceedings. “I would go so far to say that the Petro will likely be involved, but most likely as a collateral issue and not the central focus of any trial.”

Crypto may have been used, but not as part of these allegations

Providing even further clarity, Spencer explained the Venezeulan brass likely used crypto at some point, but not during the right time frame. He said:

“It is highly likely that these government officials engaged in crypto transactions during the time that they are alleged to have committed acts of corruption and drug smuggling. But the indictment does not allege this. The indictment alleges bulk cash smuggling, shell corporations, and illegal travel. There are no allegations in the Indictments that any of the defendants actually used cryptocurrencies.”

All this leads back to an initial sticking point proposed by Spencer — why did HSI’s Alysa Erichs mention crypto when the asset class was not directly involved? The most logical answer is that she mentioned it as part of the organization’s current overall endeavors.

*Jeffrey Albus and Dylan Love contributed reporting to this article. 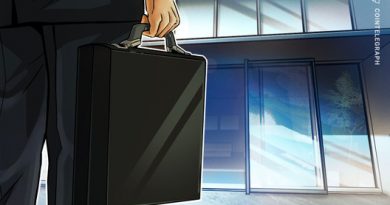 PayPal is Hiring Crypto Engineers Amid Rumors of Bitcoin Integration 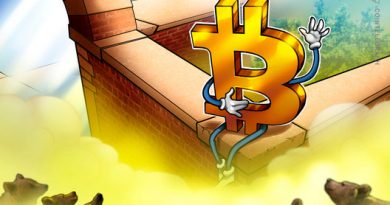 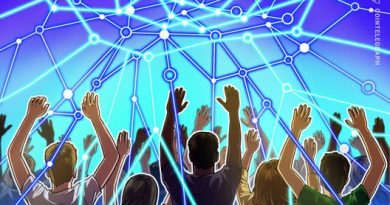