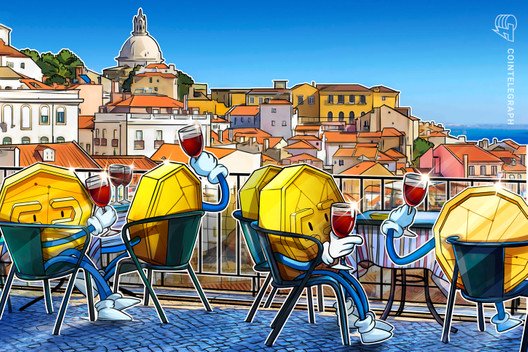 With zero taxes for crypto traders and miners, Portugal could become a Bitcoin tax haven. Cointelegraph takes a deeper look at crypto tax regulation in the country.

Existing outside of the realm of traditional finance and with no central point of authority, digital assets have posed several challenges to governments worldwide. Many nations have struggled with how to define and regulate cryptocurrencies, and there is no uniformity because each country has developed its own unique approach.

Data and transparency seem to be some of the best tools on the road to regulatory certainty and institutional demand. While some countries like the United States and the United Kingdom are taking advantage of this to build a better tax and regulatory framework, others don’t deal with crypto quite as well. India, for example, just recently decided to lift its crypto ban and engage with the sector.

Cryptocurrencies are legal in most countries, with Japan being a shining example of progressive legislation. In 2017, the Japanese government became the first country to recognize Bitcoin (BTC) as a currency and to grant official licenses to exchanges, fostering the growth of what was already one of the biggest Bitcoin markets worldwide.

There are more examples of countries with crypto-friendly regulations and tax policies, but not all pro-crypto countries have developed legal frameworks quite as favorable as Portugal has, especially when it comes to taxing retail traders.

Most countries charge the normal capital gains tax for cryptocurrency profits, such as the U.S. or the U.K., and in many cases filing those taxes can be a nightmare. Florian Wimmer, the CEO and co-founder of Blockpit — a company that offers tax calculation and portfolio tracking for cryptocurrencies — told Cointelegraph:

“In most countries crypto is seen as economic goods, like e.g. property and is taxed after existing regulation for such assets. This means that every single transaction is a taxable event.

[…] Then there are regulatory differences between certain coins/tokens (especially with securities now) and other ‘special tax events’ like handling hard forks, airdrops, etc. Then you should of course keep track of your assets, and their acquisition time and value, while you move them between your exchange accounts and wallets. I guess you can see where the complexity comes from.”

This is where countries like Portugal have very crypto-friendly laws. Although it’s safe to say that digital assets are still largely misunderstood by regulatory entities and the public, one can speculate that some of these entities in Portugal and other countries are willing to provide a friendly foundation for digital assets to grow.

Taxes in Portugal before 2017

Although crypto taxes in Portugal may now be seen as friendly, allowing retail traders to benefit from a zero-VAT policy wasn’t always the case. In the past, the outlook on Bitcoin and its taxation and regulation was either uncertain or negative. Back in 2013, Banco de Portugal — the country’s central bank — issued a statement warning users of the risks of crypto trading, given the lack of a central authority and “protection fund for depositors/investors.” The statement read:

“Since there is no central entity that guarantees the irrevocability and definitiveness of payments, Bitcoin cannot be considered a safe currency, given that there is no certainty in its acceptance as a payment method.”

At the end of 2016, the Portuguese Tax and Customs Authority released an official document stating that the trading and selling of cryptocurrencies would be subject to value-added tax, declaring:

“Cryptocurrencies are not technically considered ‘currency.’ […] However, they can be exchanged with gains, for real currencies (be it euros, dollars, or another), with companies specialized for that effect. […] As so, cryptocurrencies can generate different types of taxable returns.”

In the document, regulators mentioned that winnings obtained through the buying or selling of cryptocurrencies were indeed taxable. At the time, the Ministry of Finance also stated that Bitcoin had no legal framework, but that its earnings were still taxable in the same manner as other tradable assets. However, regulatory entities continued to greatly contradict each other during this time.

In 2017, the uncertainty peaked and getting answers regarding the taxation of crypto was not easy. As mentioned in the Portuguese financial publication Jornal de Negócios, the Tax and Customs Authority stated that yes, all trading in Bitcoin is subject to VAT. However, when asked over the phone, the Ministry of Finance stated that the digital currency was not subject to any taxes at all.

This confusion stems from the fact that the Tax and Customs Authority wanted to tax Bitcoin-related gains despite the lack of any sort of fiscal legislation, which seemed to have created a sort-of-confusing loophole in reporting taxes on cryptocurrencies.

Portugal and Bitcoin: A bumpy road to friendly taxes

Now, things are looking much clearer for traders and all those dealing with Bitcoin in Portugal. In December 2017, the Ministry of Finance told Dinheiro Vivo, a Portuguese financial news outlet, that retail trades of Bitcoin would not be taxable and that only income or trades resulting from professional activities would be taxed. A ministry official stated:

“The sale of Bitcoins is not taxable under IRS in relation to the Portuguese tax system, namely within the scope of the category E (capitals) or G (gains), except when, due to its habituality, it constitutes a professional or business activity of the taxpayer, in which case it will be taxed in accordance with category B.”

To put it simply, a casual retail trader doesn’t need to pay taxes for these trades. However, if you’re a company trading Bitcoin as a service or for yourself, or if you are an individual who earns your income from trading activities, you need to pay taxes. When it comes to salaries being paid in Bitcoin or crypto, these are fully taxed the same as they would be with any other currency. But not all countries make it as easy to receive salaries in crypto, as Igor Samohin, a product manager at PaymentX, told Cointelegraph:

“When you trade securities or any other financial instruments, you pay taxes. I can assume they do it to popularize crypto, and taxes will come later. That’s good of course. […] Countries that don’t allow pay salaries in Crypto, are afraid that it’s not regulated currencies, and they don’t understand that transactions in Bitcoin, for example, are more transparent than fiat payments with bank cards.”

To further cement certainty, the Tax and Customs Authority issued clear guidelines in January 2019 in response to a query regarding Article 68 of its general tax law. Those guidelines provided many answers to common questions related to dealing with Bitcoin. The document sought to answer important questions, such as which documents to fill out in which cases, how to issue cryptocurrency invoices, rules for initial coin offerings, and much more. Jorge Mesquita, the chief operating officer of Universe Coin — a Portugal-based company providing wallet payment terminals — expanded on the matter:

“Currently the Portuguese Securities Market Commission (CMVM) evaluates each ICO individually, and they consider that ‘a commitment from the issuer to adopt actions that result in an expectation of financial return to the investors must be present in the qualification of transferable securities,’ which we abide by, and there are no laws or regulations specifically addressing token sales, so we haven’t run into any problems.”

But this was not the last time the country would enact favorable legislation in regard to cryptocurrencies. Last year, the Tax and Customs Authority released yet another document that cites a previous 2015 ruling by the Court of Justice of the European Union, declaring that cryptocurrency payments and mining rewards will not be subject to VAT.

Not taxing Bitcoin can look counterintuitive, as it doesn’t really seem to benefit governments in the short term. But driving the growth of cryptocurrency businesses could be a strong incentive. Many already regard Lisbon as somewhat of a startup and tech hub, with important events like the Web Summit being hosted there.

This outlook on cryptocurrencies may be a move to get users interested in trading and to generate more Portugal-based trading venues and other enterprises. Taxing these entities may prove to be more fruitful in the future, and according to Mesquita:

“Portugal is a small country in the European Union, considered to be a good testing ground for tech companies, especially startups. […] Even at a European level, cryptocurrencies aren’t treated as the disruptive innovation they can be and so, Portuguese authorities have stated that cryptocurrency payments are free of VAT, and crypto mining and trading earnings are not subject to income tax, making Portugal an ideal country for crypto users.”

The future of crypto in Portugal

Despite progressive legislation when it comes to taxes, Portugal has yet to establish a specific regulatory framework for cryptocurrencies. The activity of issuing and trading digital currencies is still unregulated and unsupervised by the country’s central bank or any other national or European financial authority.

The central bank also encourages all credit, payment and electronic currency institutions to refrain from buying, holding or selling cryptocurrencies due to the numerous risks involved.

Nevertheless, the progressive attitude of the Portuguese government toward retail cryptocurrency trading and miners is making it very attractive for traders and investors. When asked about how the government benefits from these crypto tax breaks, Wimmer said:

“Obviously, they benefit from not having to deal with this complexity themselves too when demanding taxes and controlling people and of course getting people and businesses to relocate to their country and then profit from that in other ways.”

All of the above factors create fertile soil for cryptocurrency infrastructure to blossom, possibly rivaling other pro-crypto countries like Malta. However, the implementation of an appropriate legal framework may still be years away and will depend on how the industry and technology progress in the country.

Guido Santos, the founder and chief technology officer of Genesis Studio — a Portugal-based provider of blockchain-focused consulting, development and integration services — told Cointelegraph: “We’re in a country where regulation only moves forward when the technology does.” 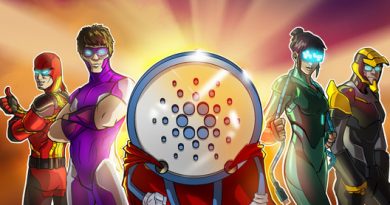 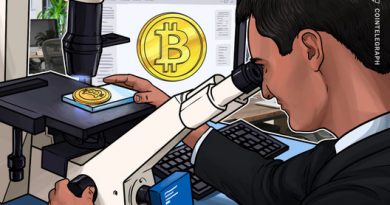 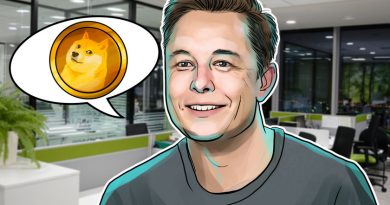