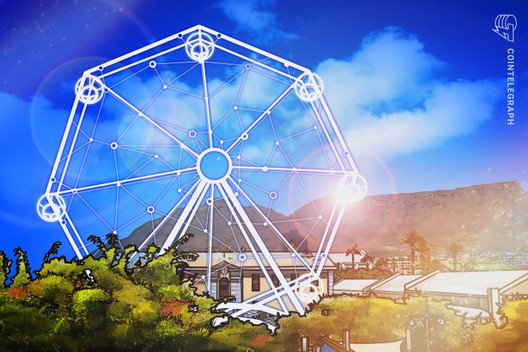 The South African National Blockchain Alliance has been launched to drive technology development by bringing public and private enterprises together.

The South African National Blockchain Alliance carried out an online livestream launch while the country is in the midst of a 21-day lockdown to curb the spread of the coronavirus pandemic. The organization was due to be launched at the beginning of April in Johannesburg but had to be taken online as South Africa and the world tackles a global health crisis.

The launch happened during a livestream on YouTube on April 3, which included a panel of speakers elaborating on how SANBA will help nurture blockchain-focused startups and companies that are developing capabilities using the technology.

SANBA has been set up by the Council for Scientific and Industrial Research and its subsidiary, the Office for Digital Advantage. These bodies fall under the jurisdiction of the Department of Science and Innovation.

Akhona Damane heads up the project and said that SANBA intends to be the central cog in a network of partnerships between South Africa’s government, industry-leading companies, startups and civil society. An important consideration for SANBA is the development of blockchain-based systems and solutions coming from inside South Africa, as Damane told Cointelegraph:

“There is a lot of venture capital out there, we need to provide support to startups in the country. There are new job opportunities and a chance for new economic participation. Satoshi’s paper was looking at democratizing economies. In South Africa, that has worked, there are even people in deep rural areas that buy and trade cryptocurrency using smartphones.”

Another major focus will be driving the development of skills needed to explore and create blockchain solutions. An integral part of this will be educating civil society on the various use cases and further potential of the technology to improve a wide variety of industries.

The importance of supporting academia

Education and developing skills will form a major part of SANBA’s focus over the next few years. The launch event highlighted the work being done by the University of Cape Town to help incubate talent in the space. Co-Pierre Georg, an associate professor at UCT’s School of Economics, said that the university is the first in Africa to offer a master’s degree program in fintech, which has been modeled on the programs of universities in the United States, such as the Massachusetts Institute of Technology and the University of California, Berkley.

Georg said that a major hurdle in South Africa is having the capacity to develop talent in the space. The professor also said there had been 400 applicants for the 15 spots available for the program:

“We need to create people who can code. Quite simply, they need to know some finance and organizational skills, but the core skill lacking is coding ability. There is not a deep enough skill set in the country.”

Another problem is the allure of opportunities offshore, as Georg noted that as soon as the program educates students with those highly sought-after skill sets, they begin to receive offers from companies, and the university cannot entice them to stay for a Ph.D.:

“The second step is creating a pipeline that develops skills, which in turn leads to those people creating companies. We need to build companies that can scale globally but are based in South Africa.”

Tertiary education institutions will also be receiving support from SANBA. Damane told Cointelegraph that the Department of Science and Innovation is exploring an exchange program for students taking blockchain-focused courses:

“At the academic front, SANBA is committed to developing a blockchain curriculum which encourages the uptake of courses at undergraduate level. We also envision the facilitation of funding of a few postgraduate research students in collaboration with partners. This will be linked to the commitment with the DSI country-partners such as Swiss Embassy in Pretoria, which has activated the Switzerland based institutions such as the University of Basel to participate in the joint international students’ exchange program later in 2020.”

South Africa is catching up

SANBA has made it clear that it wants to be the middleman that connects the various industry players that will drive blockchain development and use in the country. At the same time, it also defines its role as creating a “pre-competitive space” for research and development. Monica Singer, ConsenSys’s lead for South Africa, spoke to Cointelegraph following the online launch.

Having joined ConsenSys in 2017, Singer says she has faced an uphill battle trying to get industry players to warm up to blockchain technology. She said that she had been advocating the use of blockchain systems to heads of various enterprises over the past three years, but was met with disdain in various instances when she used the example of Bitcoin as a starting point to explain the tenets of blockchain technology.

Moving away from any mention of cryptocurrencies, Singer still struggled to get big businesses to open up to the potential benefits of decentralized systems or smart contracts, saying it was too much for people to embrace. Now that a government-backed entity is finally spearheading a collaborative organization that will drive the development of the space, Singer is far more optimistic about the road ahead, telling Cointelegraph:

“I have been so worried that South Africa is falling behind in innovation and not embracing this technology, which has so much potential to eliminate corruption and fraud that has plagued our government in the last 10 years. To witness the birth of a national initiative at the government level from the Department of Science and Technology is a historically much-needed move to ensure that we raise the level of awareness among all our people.”

Singer is positive that South African enterprises, educational institutions and startups will get the necessary support to use blockchain-based solutions in order to drive the country forward:

“The narrative can now be changed to explore the potential that this technology has to improve the lives of the citizens in a country and to bring trust and accountability to the recording of transactions of value using the internet of value we are building in Ethereum and other platforms.”

As a collaborative initiative, SANBA is made up of a broad range of businesses, startups and institutions. Daniel Visser, a research and development strategy manager for the Council for Scientific and Industrial Research, also weighed in during the online launch on the potential effects that SANBA could have in the country.

Visser explained that the CSIR is an affiliate of the World Economic Forum’s network for the Fourth Industrial Revolution. As a result, the CSIR is constantly looking at issues with policies around emerging technology and how those can be improved to drive adoption. Visser added:

“From a blockchain perspective, there are so many areas to consider. We went through a number of different areas that could benefit. Supply chain is a big factor, green chain, cold chain and the likes. What are the things that need to be in place to adopt the tech?”

Visser also highlighted the fact that South Africa has large areas that don’t have access to traditional financial means, which opens the door for micro-trading and transactional applications. Other major considerations are decentralized-identity solutions, educational certifications and governmental transparency. Visser believes all of these could be greatly improved by blockchain technology.

Meanwhile, Damane opined that SANBA will have the biggest impact in the entrepreneurial space in South Africa. He identifies small enterprises like startups as crucial participants within the blockchain development ecosystem:

“SANBA will become the catalyst — linking startup solutions to government and industry needs, entrepreneurs to VC funding, and so forth. These enterprises have the potential to contribute to economic growth and job creation, which is a major challenge especially among the youth.”

Damane added that SANBA has begun identifying sectors for proofs of concept and use cases that include digital identity solutions, micro-credentials and health care. A wide variety of cross-industry participation should lead to investment:

“This will force the entire ecosystem to leverage the efforts of existing players rather than reinventing the wheel. Hence, we envision public-private partnerships to emerge, with a significant co-investment being made, which will ultimately benefit the startup community.”

A chance to overhaul government systems

While the launch of SANBA signals the beginning of a collaborative effort across industries, the South African government could be a prime candidate for a blockchain-driven overhaul. That is the opinion of Singer, who sees the potential of the technology to improve a number of governmental departments in South Africa.

Singer believes this could be a catalyst in creating more efficient, transparent government departments and addressing wasteful expenditure, which has been a concern in South Africa for many years: “SANBA can take the leadership in guiding the various projects where they are needed the most and to coordinate at a government overall level.” Self-sovereign identity solutions could also help improve the lives of individuals and help the government streamline a variety of essential services for its citizens, according to Singer, who added:

“Once we implement a self-sovereign identity decentralized database of personal records for each citizen, this can be used by various government departments so the passport, the ID, the record of your degrees, your medical information, your title deeds of your property, your driver’s license, your license of your ownership of your vehicle, etc. is all in the data under the control of the citizen.”

The online launch of SANBA was preceded by a personal message from Cardano founder and CEO Charles Hoskinson. The tech entrepreneur was supposed to headline the Blockchain Africa conference last month but was forced to pull out due to travel restrictions due to the coronavirus. Hoskinson applauded the South African government for doing its part to drive the development of new technology in the country and continent, saying:

“It is so important that people focus on foundational research and development, as well as time, effort and money to really chase the future. I’m glad to see that the appetite and ambition for innovation and building public-private partnerships with entrepreneurs and people in emerging industries has not been lost in these sad times.”

Singer echoed those sentiments, telling Cointelegraph that the foundation of SANBA could have lasting effects in driving the development of technological solutions in South Africa:

“SANBA will make a massive difference as we have not made much progress to date, as a country in studying this technology and exploring its opportunities and determining the art of what is possible. Just by creating a forum where parties can share information and encourage students to learn how to code it will have a huge impact. I also hope that SANBA will guide the various government departments as to what are their key pain points that can be resolved with this technology.” 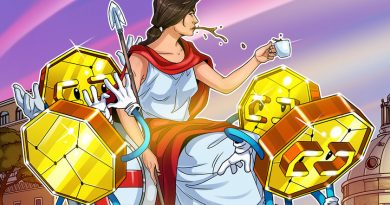 The Bitcoin revolution: The new ‘Bank of England’ is ‘no bank at all’ 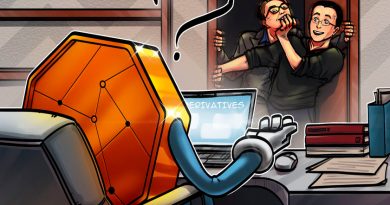 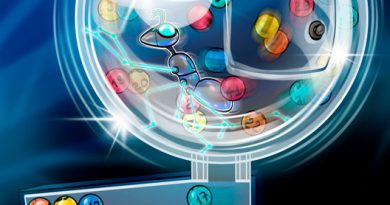