The teenage hacker who allegedly stole $23.8 million in crypto from Michael Terpin may have threatened the life of a 16-year-old enlisted to help launder the money.

Ellis Pinksy, the hacker who allegedly masterminded the theft of $23.8 million worth of crypto from pioneering investor, Michael Terpin, planned on retiring after the heist at the age of 15.

However, after turning 18, Pinsky became the subject of a $71.4 million civil suit from Michael Terpin, who is seeking damages equal to triple the sum that was stolen three years ago.

At one point, Pinsky allegedly told the informant “I could buy you and all your family. I have 100 million dollars.” In the complaint, the acquaintance also noted spotting “records indicating that Ellis had $70 million.”

Speaking to Cointelegraph, Terpin stated he and his legal team “believe [Pinsky] was being truthful when he told one of our informants via text message that he still had $100 million hidden offshore.”

Pinsky’s primary interest had previously been gaming — which the informant claimed provided a gateway into hacking for the teen. Pinsky frequented gaming chat rooms in which hackers would brag about their heists. This allegedly led to Pinsky teaching himself how to steal usernames for Skype and Discord.

Truglia was arrested in November 2018 in relation to other SIM-swap attacks, with Terpin winning a suit against him last year for $75.8 million.

Earlier in 2018, a 16-year-old accomplice of Pinsky filed a police report with New York police claiming that he had been enlisted to help launder the Terpin funds and had been threatened after sending $700,000 to the wrong wallet.

“[Pinsky] asked me to start getting him some money through selling drugs, shoes, or in any way possible. He requested $3,000 to $4,000 a week,” the police report said.

The same accomplice recollected Pinsky threatening to have them or their mother murdered after the 16-year-old accidentally let strangers into their chat.

After Terpin’s attorney contacted Pinsky’s mother, the teen sent $2 million in cryptocurrency and cash, and a $100,000 watch to the investor, however, made no admission of guilt.

Pinksy used his riches to lead a lavish lifestyle, driving an Audi R8, maintaining an account with a private jet service, and dressing in Louis Vuitton and Supreme clothing.

The hacker pretended to be a high-rolling crypto trader, and told his parents that he had earned Bitcoin (BTC) through playing video games and “got lucky” when the markets rallied. 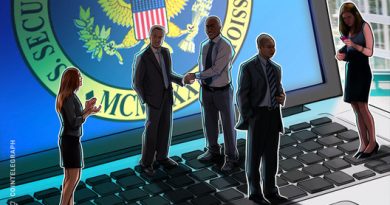 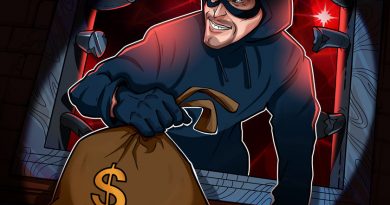 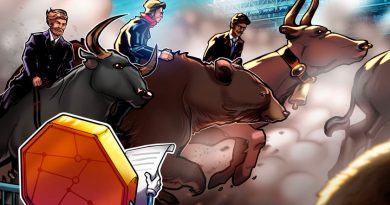 Back on track: US macro events unlikely to fully derail Bitcoin price gains