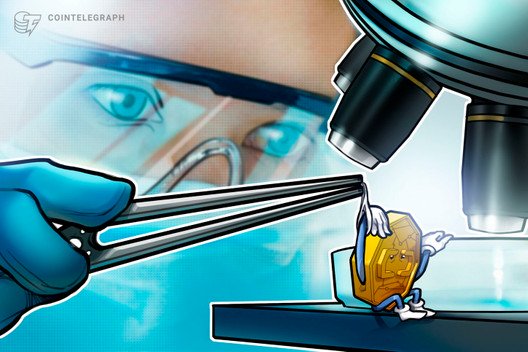 Though cryptocurrencies are difficult to evaluate properly, DeFi protocol revenue allows stock market measures like P/E to be used.

While it is difficult to define the intrinsic value of most cryptocurrencies, decentralized finance, or DeFi, tokens appear to be an important exception.

As explained by Lucas Campbell, analyst at Fitzner Blockchain Consulting, in his Bankless blog entry, many decentralized finance protocols can be considered products with well-defined revenue streams.

The economics that tie this revenue with the token are diverse, but can be summarized into systems based on burning the supply, like with MKR, or systems where token holders are rewarded with more tokens, like ZRX.

The analyst then compared the revenue for each protocol since 2019.

Starting from mid-2019, Maker’s interest rate payments made up the vast majority of DeFi revenue. This happened primarily due to the protocol’s struggles to maintain the DAI peg, which saw interest rates skyrocket to more than 20% in short order.

Toward the latter half of the year, several factors like the launch of Multi Collateral Dai, the introduction of the Dai Stability Rate and the Black Thursday events dramatically lowered the protocol’s effective revenue. 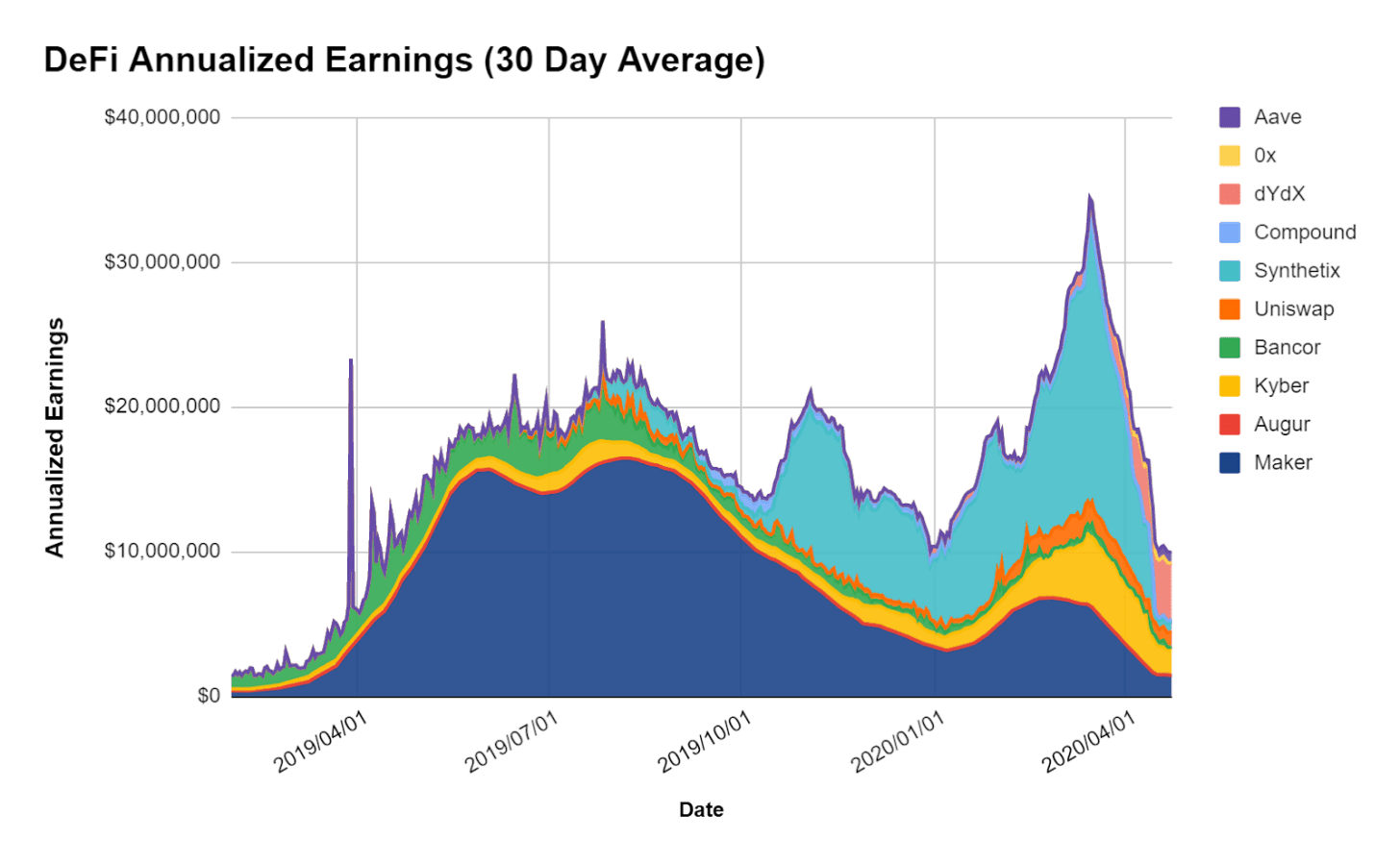 Protocols like Kyber, Synthetix, and dYdX have since taken bigger relative shares of the pie, though overall DeFi revenue has fallen in recent months.

One of the simplest measures is the price-earnings ratio, or PE, which compares the price of a share with its relative share of the company’s earnings.

Taken into a DeFi context, the share price becomes the token price, while the protocol’s revenue sits in the denominator. 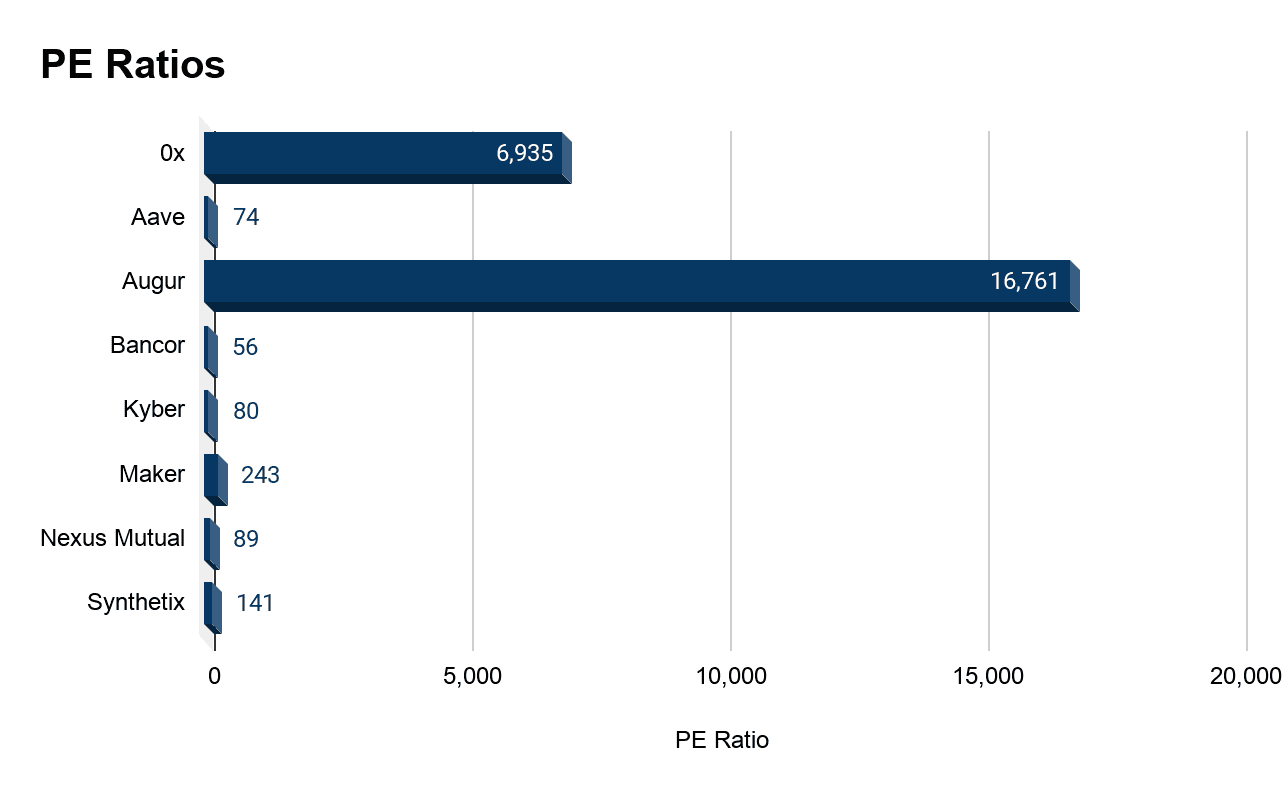 Of the DeFi projects with a token, two outliers are immediately apparent: Augur (REP) and 0x, with ratios of 16,761 and 6,935, respectively.

By comparison, Ford’s PE ratio is 9.05, Facebook’s is 28.7 and Tesla’s is 198. The latter represents a hyped up stock, where investors are hoping that the company delivers tremendous growth in the next few quarters.

The most undervalued project among its peers is Bancor, with a ratio of 56. This value is in line with some technology stocks, where PE ratios are generally higher than for established industrial companies.

Overall, many DeFi projects are valued at triple digits of their protocol’s revenue, an average that is strikingly close to those found in traditional markets. Augur and 0x seem to be quite detached from their usage metrics, however. 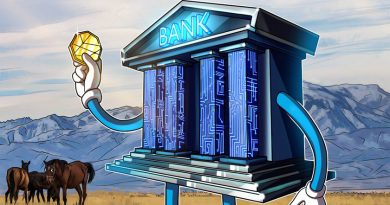 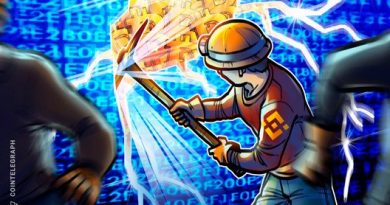 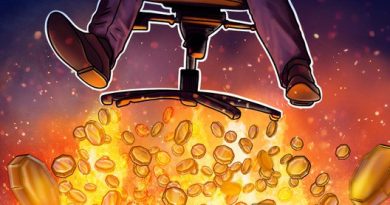