When Eva Kaili first attended a blockchain conference shortly after being elected as a Member of the European Parliament for Greece in 2014, she was treated with suspicion by advocates of the then-nascent technology.

“When they heard I was a politician, they didn’t want me there,” she told the crowd gathered at the luxury Andaz hotel for the recent Ripple Regionals event in London. Rather than be fazed by her reception, this inspired Kaili to be even more determined to understand the benefits of blockchain.

“I believed that if we were not positive,” she explains, “the resistance of the traditional players would only increase and could even kill a technology that had so much potential for good.”

The contrast between then and now is notable. Kaili’s Ripple Regionals talk on how the E.U. will regulate blockchains and digital assets was well received by the assembled leaders from banks, financial institutions and fintech businesses for two simple reasons: the growing mainstream acceptance of the technology and the E.U.’s new positive approach to regulation.

Up until recently, many of world’s financial institutions had taken a defensive stance to digital assets. Their presence at Ripple Regionals demonstrates how many are now seeing the value of using the technology to provide their customers with faster, cheaper and more transparent cross-border payments.

Yet, there is still work to be done on the regulatory front and Kaili is passionate about helping to provide the clarity that will help remove barriers to adoption. For the past four years, the Greek MEP has spearheaded a fresh Europe-wide approach to blockchain and digital assets.

In 2018, she proposed a European Parliament Resolution that calls on the European Commission and the European Central Bank (ECB) to look into the sources of crypto-volatility, identify dangers and consider the possibility of incorporating cryptocurrencies into the European payment system.

She also wants to work towards standardization on all aspects of blockchain technology, from defining the status of digital assets to more transparency on Initial Coin Offerings (ICOs) and guidelines for resolving smart contracts. One of Kaili’s key positions is that fewer regulations will allow innovators to move faster.

“We do not want to stop innovation,” she explains. “The resolution is a roadmap to support this very exciting technology. We’ve shown that we are open-minded.”

Support also comes in the form of funding to promote research and development. The Digital Europe Programme has a €9.2 billion fund for various digital initiatives including blockchain-related projects, while the European Commission may have more than €300 million available for blockchain pilots.

As Kaili tells the room, “We will help you innovate by removing some of the risk.”

This is all great news for Europe’s blockchain advocates, though the MEP is driven by how this decentralized technology can ultimately benefit everyone across Europe.

“After the debt crisis in Greece, I realized that the central banks had too much control over our deposits,” she says, “and I thought that we should find a solution.”

The kind of problems that blockchain technology can solve have also affected Kaili on a personal level.

“Recently, I had to send €2,000 to my mother in Greece from my account in Brussels,” she recalls. “She needed the money that day and I couldn’t use the bank because it would take three working days. If I could send it to her using RippleNet, she would immediately receive the payment.”

Kaili also mentioned the high fees associated with cross-border payments and how digital assets can reduce those fees. Though the ECB remains resistant to these ideas, she isn’t waiting around: “If there are benefits for European citizens, there are no banks that can stop us from using the technology.”

Ultimately, Kaili believes that all sectors of life will be changed and improved by blockchain and digital assets.

“By its nature, blockchain technology doesn’t recognize borders,” she says. “It’s unstoppable. You will be disrupted if you don’t try to understand it. Instead you need to see the potential.”

The new regulations she has proposed will remove barriers to innovation and adoption and she called on all the entrepreneurs and institutions in the Ripple Regionals audience to avail of the E.U. funding and develop new ideas that will connect Europe and the rest of the world in positive ways.

The post What’s on the Regulatory Horizon for Digital Assets in the E.U.? appeared first on Ripple. 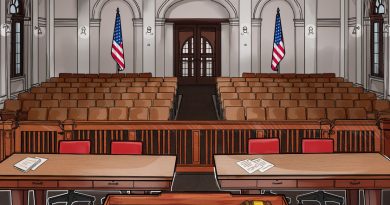 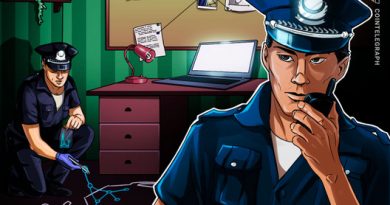 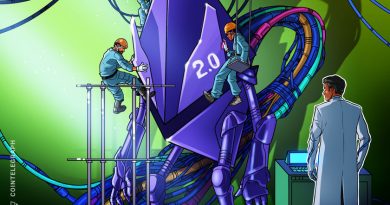