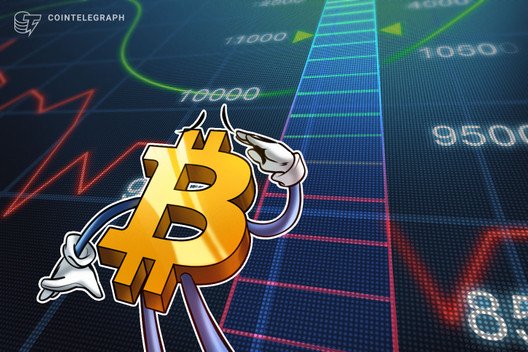 After losing its 200-day moving average support, BTC/USD remains near its forecast pre-halving average despite a traditional market meltdown.

Bitcoin (BTC) price fell to its lowest levels in a month on Feb. 28 after another day’s losses underscored continued selling pressure on markets.

Analysts had pinned their hopes on the largest cryptocurrency defending its 200-day moving average at around $8,800. This failed to hold, however, opening up the potential for what Cointelegraph Markets analyst filbfilb described as a “significant issue.”

Bitcoin’s weakness closely tracked a day of horror for traditional investments, with the Dow Jones seeing the biggest one-day drop in history on Thursday.

Tormenting sentiment was coronavirus, the spread of which has now become more intense outside its country of origin than inside. While the United States government played down the risks, Cointelegraph reported that traders now overwhelmingly bet that the Federal Reserve will significantly lower interest rates this year to boost economic growth.

At close to $8,600, however, Bitcoin is still performing in line with technical expectations. The popular and traditionally accurate stock-to-flow (S2F) price forecasting model calls for an average $8,606 for BTC/USD in the run-up to May’s block reward halving.

“A few weeks before every halving, #Bitcoin touched the #s2f model price. This time it is no different,” Twitter-based analyst CryptoKea summarized.

Despite facing criticism of his model, stock-to-flow creator PlanB has so far stuck rigidly to his long term target for Bitcoin. This calls for an average of $100,000 between 2021 and 2024.

Altcoins see another day of sell-offs

Across altcoin markets, most major coins saw losses of between 2% and 5% on Friday. Only Chainlink (LINK) and Huobi Token (HT) made gains.

The overall cryptocurrency market cap was $244.5 billion. Fellow Cointelegraph Markets analyst Michaël van de Poppe warned that should that level not reverse upwards, his next short-term target lay below $200 billion.

Bitcoin’s share of the market remained almost unchanged at 64.1%. 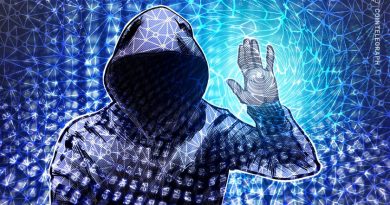 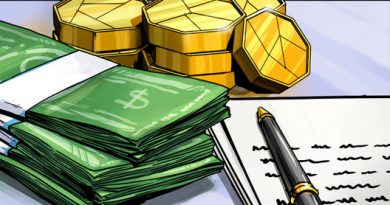 Chef Nomi has returned all funds to the SushiSwap community 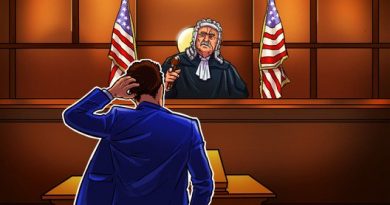