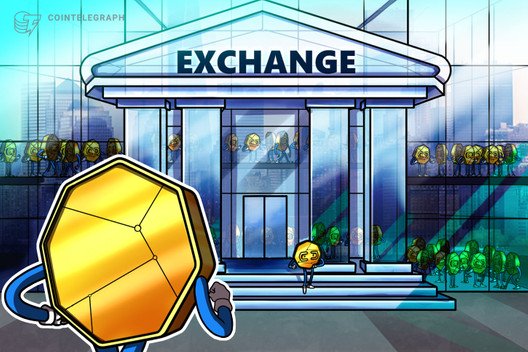 While March 2020 has been one of the most volatile and unprofitable months for Bitcoin holders, exchanges profited greatly from this uncertainty.

While March 2020 has been one of the most volatile and unprofitable months for Bitcoin holders, exchanges have benefited greatly from this uncertainty.

The main source of revenue for crypto exchanges comes from trading fees, so on the days with heavy volume, they see an increase in their revenues.

March 12, the day that Bitcoin lost 37% of its value, there was a significant increase in Bitcoin trading volume, with Bitfinex’s volume exploding almost 1,000%.

Furthermore, there is a clear correlation between the direction of price movement and exchange volumes. According to the correlation table below, Bitcoin volume on all the exchanges in the dataset is negatively correlated to the price. In other words, on the bear days, the volume tends to be higher.

Bitfinex’ Bitcoin volume exhibits the highest correlation. In addition, its volume in March was the most volatile with a standard deviation of 230%. 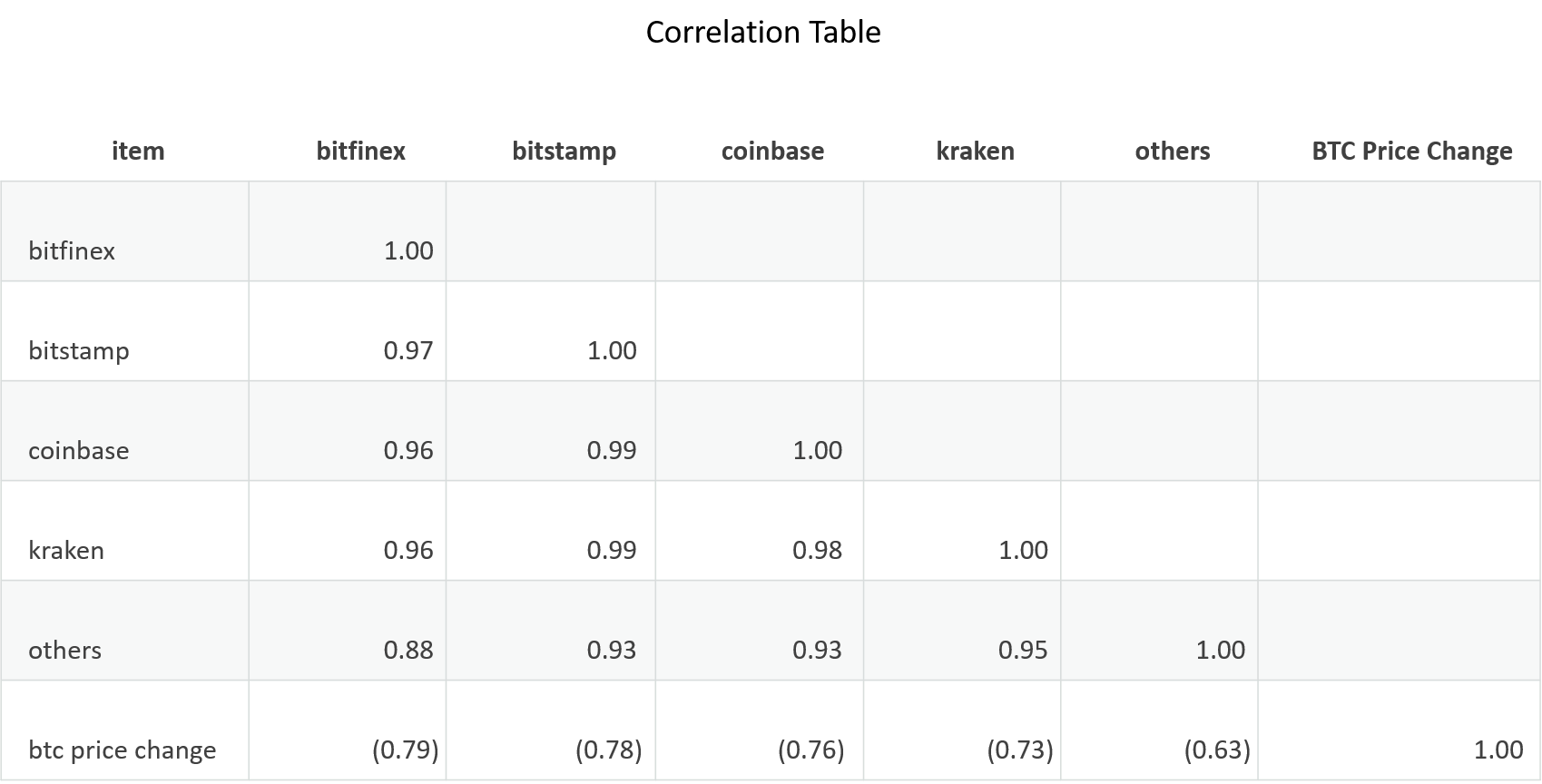 Although it is clear that the exchanges did well on days when the price of Bitcoin was in free fall, particularly March 12, the real boon for the exchanges is volatility, regardless of direction. The correlation between the volume and the absolute value of the price change is even stronger. 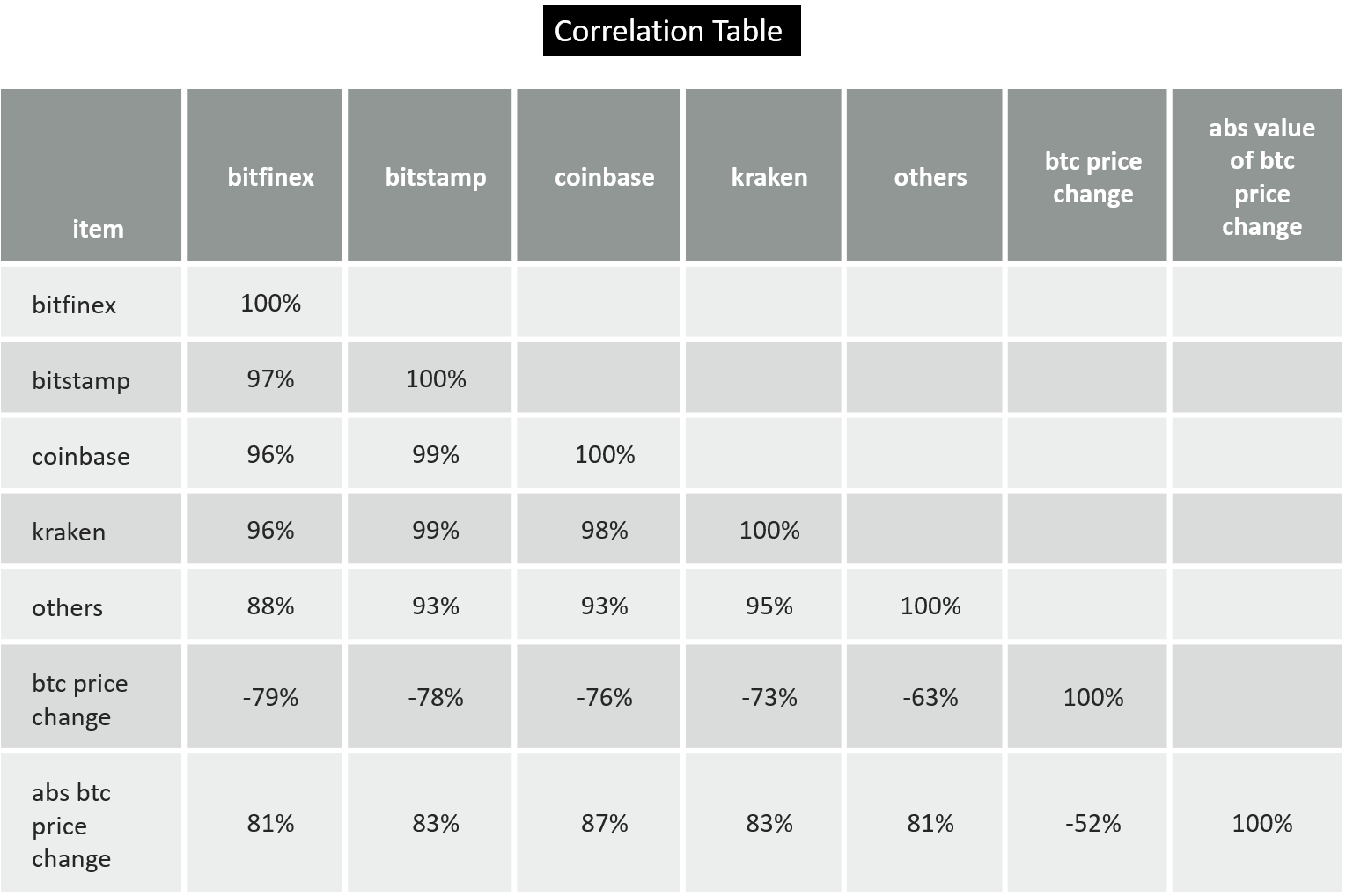 The volume for U.S.-based exchanges Coinbase and Kraken was less volatile and derived less profit from the bear days than that of off-shore exchanges Bitfinex and Bitstamp. From the data, it’s impossible to conclude whether the increased volume during the selloffs caused the selloff or was in response to it. 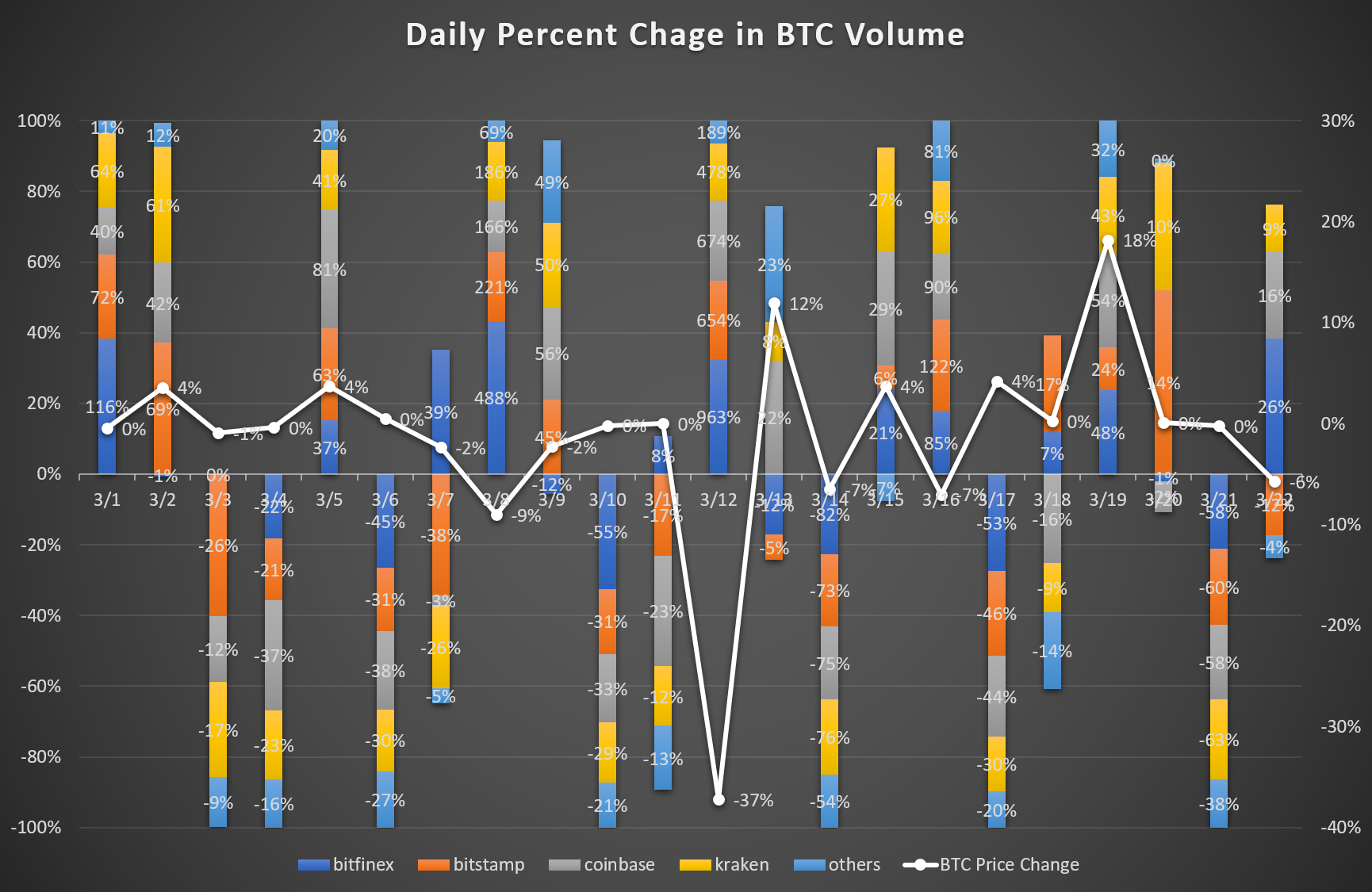 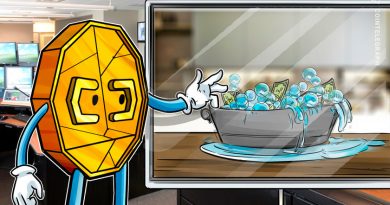 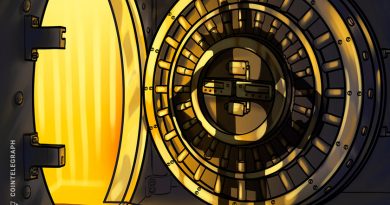 Corporate Bitcoin treasuries are here, which can only mean good things 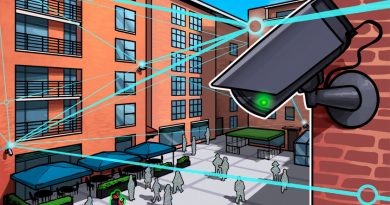