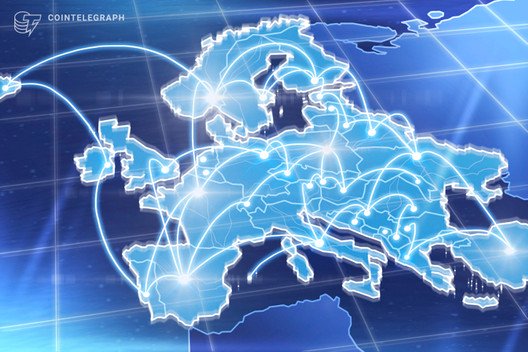 Emerging technologies such as blockchain are reshaping the landscape of the traditional financial system in Europe.

By spring 2020, it became inescapable that we now live in a world with an unraveling future. The once-imminent shift, now fueled by the coronavirus outbreak, has accelerated the pace of technological adoption, and the financial field was among the first industries to accept it. The shift from a cash-based culture to card payments in many conservative European countries became even more notable, alongside a growing interest in cryptocurrencies and stablecoins in particular. What once might have required a few more years of crypto maturity became urgent as physical cash became a potential virus transmission vector, while new levels of financial stimulus saw inflation fears make cryptocurrencies that much more desirable.

A new outlook on money

Cash may soon become a relic of the past. Eventually, it may be regarded not only as outdated but a dangerous item in a post-crisis world, as no one is sure when the COVID-19 pandemic will end and what to expect next. Social distancing and remote interactions will likely stay in place for quite some time if not years and things, such as delivery drones, driverless cars and robotics have been gaining more exposure and renewed interest.

Unlike the United States and Asia, which have a positive attitude toward different innovations and new trends, Europe has been well-known for its adherence to traditions and conservatism. But the time has come to embrace change.

In Germany, traditionally a cash-loving country, card payments have recently surpassed cash for the first time in history. It’s estimated that the main cause of this rapid change in thinking is the newly necessary health-protective measures in the European Union and the rest of the world, forcing people to reconsider their attitudes toward cash. More than half of the payments currently made by card are contactless, compared with 35% before the coronavirus crisis hit, according to the German Credit Agency. So, while it seems that cash will not disappear in Germany anytime soon, especially when it comes to smaller amounts, the trend is already there — and accelerating.

In addition, millennials have also contributed to the switch for contactless digital payments, as the younger generation’s trust in new technologies, such as cryptocurrencies, has reached record levels.

From digital cash to crypto

Taking into account that Germany’s COVID-19 infection numbers have already surpassed 170,000, conservatism has given way to progress — and it’s not the only country where this is happening. The pandemic has affected the whole world, with the government sector also becoming more interested in blockchain and cryptocurrency developments to speed up the creation of regulatory frameworks and central bank digital currency solutions.

By the end of 2019, the demand for digital currency use cases had become more evident, and governments started to change their views on crypto and blockchain technology, realizing that it’s not a destination for geeks, but rather, a prospective technology to build a new foundation layer for a better financial system that enhances many operations.

Furthermore, under a law that was enacted in late December 2019, digital asset custodians are now required to obtain a license, implying that each company that currently works with crypto and targets German clients must announce to Germany’s Financial Supervisory Authority, or BaFin, its intention to get a license before April 1 and submit an application before Nov. 1, 2020.

The advent of global initiatives

Meanwhile, China has been at the forefront of such developments with its digital yuan, with corporations such as McDonald’s, KFC and Starbucks reportedly joining the initiative.

Assets such as Bitcoin (BTC) have already been accepted in some countries — for example, Burger King is known as one of the first international fast-food chains to accept it as a means of payment. Visitors were reportedly able to buy burgers with crypto back in 2016 at the Netherlands branch of the fast-food chain. Later, the German branch of Burger King began accepting Bitcoin on its website and mobile app.

Nowadays, more Europeans believe that digital currencies are here to stay. Not only are the COVID-19 safety measures leading us further to a science-fiction-like utopia but the underlying technology of cryptocurrencies and blockchain has the genuine potential to disrupt the financial landscape, reducing intermediaries, and delivering a better foundational layer for payments, acquisitions and corporate settlements.

Meanwhile, Europe has already expressed interest in stablecoins and CBDCs, with Malta pioneering European crypto frameworks by creating and growing the trend.

Cryptocurrencies can no longer be ignored by governments. The new year has started with lively discussions regarding a digital Euro issued by the European Central Bank. At the beginning of the new year, ECB President Christine Lagarde claimed that the ECB wants to play an active role in cryptocurrency development, while not discouraging private initiatives. In her opinion, CBDCs may provide citizens with a means of exchange in the event “physical cash eventually declines.”

Not a trend, but a reality

According to a survey by the European branch of the world’s biggest Bitcoin exchange, BitFlyer, based on 10,000 respondents across 10 European countries, 2/3 of the local population surveyed believe cryptocurrency is here to stay.

The days of hesitation and doubts around crypto are now gone. We live in a changing reality where cashless payments and cryptocurrencies have gained an impressive foothold — with blockchain’s reshaping of the financial landscape more evident and widely recognized by many.

Alex Axelrod is the CEO and founder of Aximetria and Pay Reverse. He is also a serial entrepreneur with over a decade of experience in leading world-class technological roles within a large, No.1 national mobile operator and leading financial organizations. Prior to these roles, he was the director of big data at the research and development center of JSFC AFK Systems. 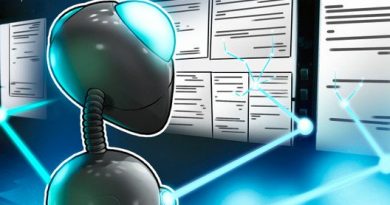 New Crypto Toolkit Can Measure Speculation in a Token’s Price 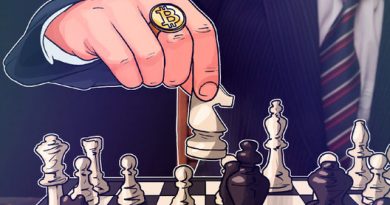 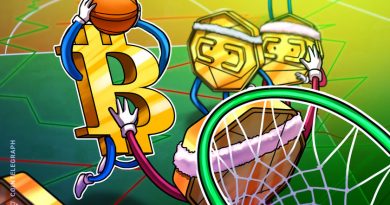 Why Bitcoin price and volume rising together is bad news for Ethereum, altseason