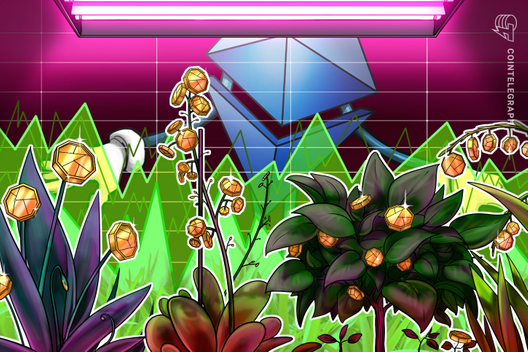 Ether is leading a resurgent altcoins market but is this the start of a new altcoin bull cycle?

When the Binance ban for users in the United States was first announced a few months ago, the market feared that significant volume and money would exit.

Interestingly enough, as the launch of Binance America nears, altcoins are suddenly starting to move upwards with decent volume. Sell the rumor, buy the news.

It’s not only Ether (ETH) making significant gains upwards after bouncing from $170 either.

Other altcoins are also currently outperforming Bitcoin (BTC). Stellar Lumens (XLM) is up 42% from its recent bottom, while Ripple (XRP) showed some promising signs with a 29% daily move as well in the past week.

So is this the moment when altcoins start a new “altseason” bull cycle? Let’s look at the charts.

The total market capitalization is showing an essential bounce at the previous resistance area of $65-68 billion. 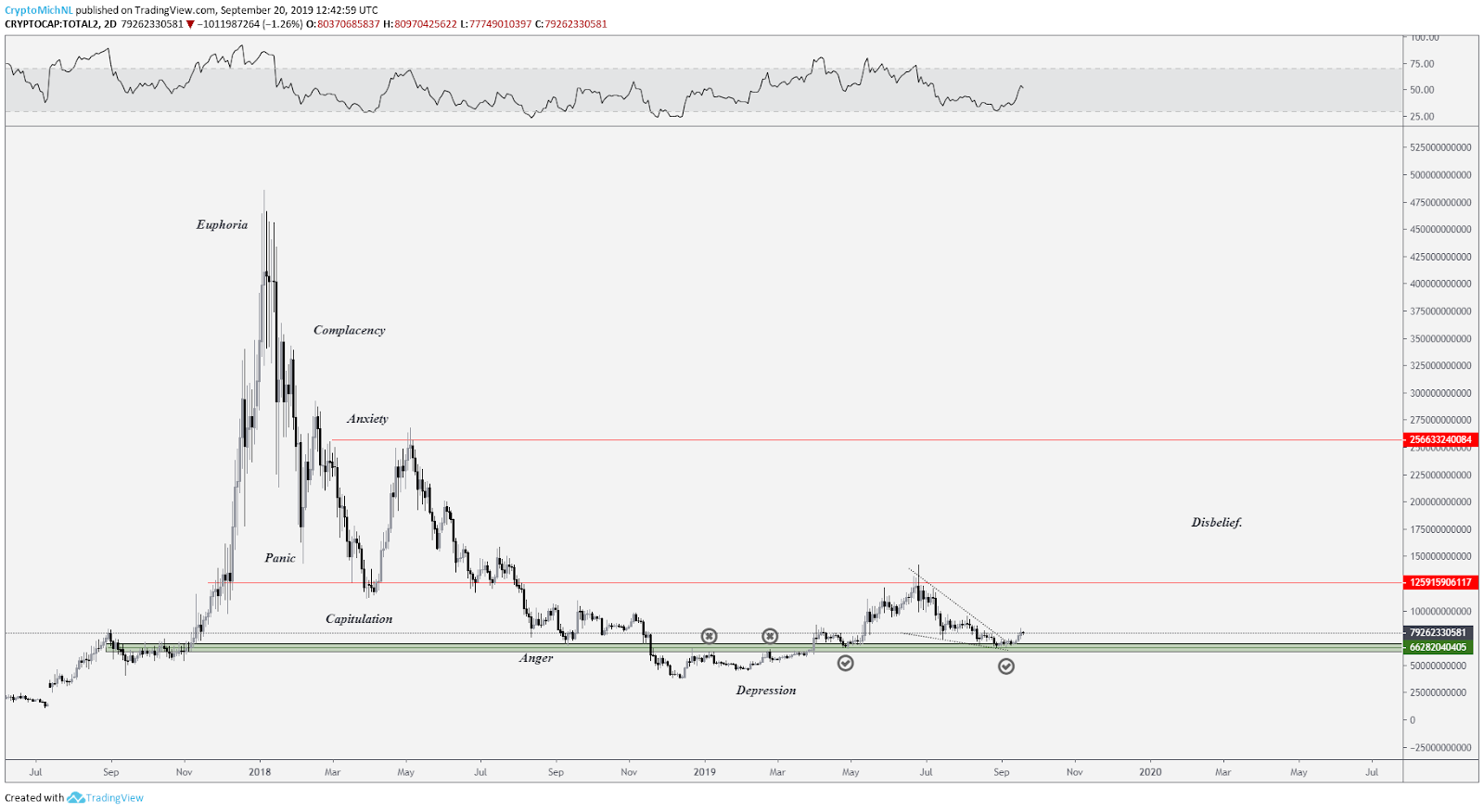 Comparing this to the famous “Wall Street cheat sheet,” and it starts to look like a standard bear trap.

The altcoin market needed this bounce from the old resistance for potential further upwards movements and the continuation towards the “disbelief” phase.

Not only can it be concluded that this support/resistance flip was essential, but it is also the first notable trend shift for the first time in 2 years. This can be defined through higher lows and higher highs, starting from the bottom in December 2018.

The next goal for altcoins is to break the resistance area at around $125 billion to maintain upwards momentum.

Interestingly enough, the chart for Ethereum’s native token Ether is identical to the altcoin market capitalization chart as it mirrored the same bounce. 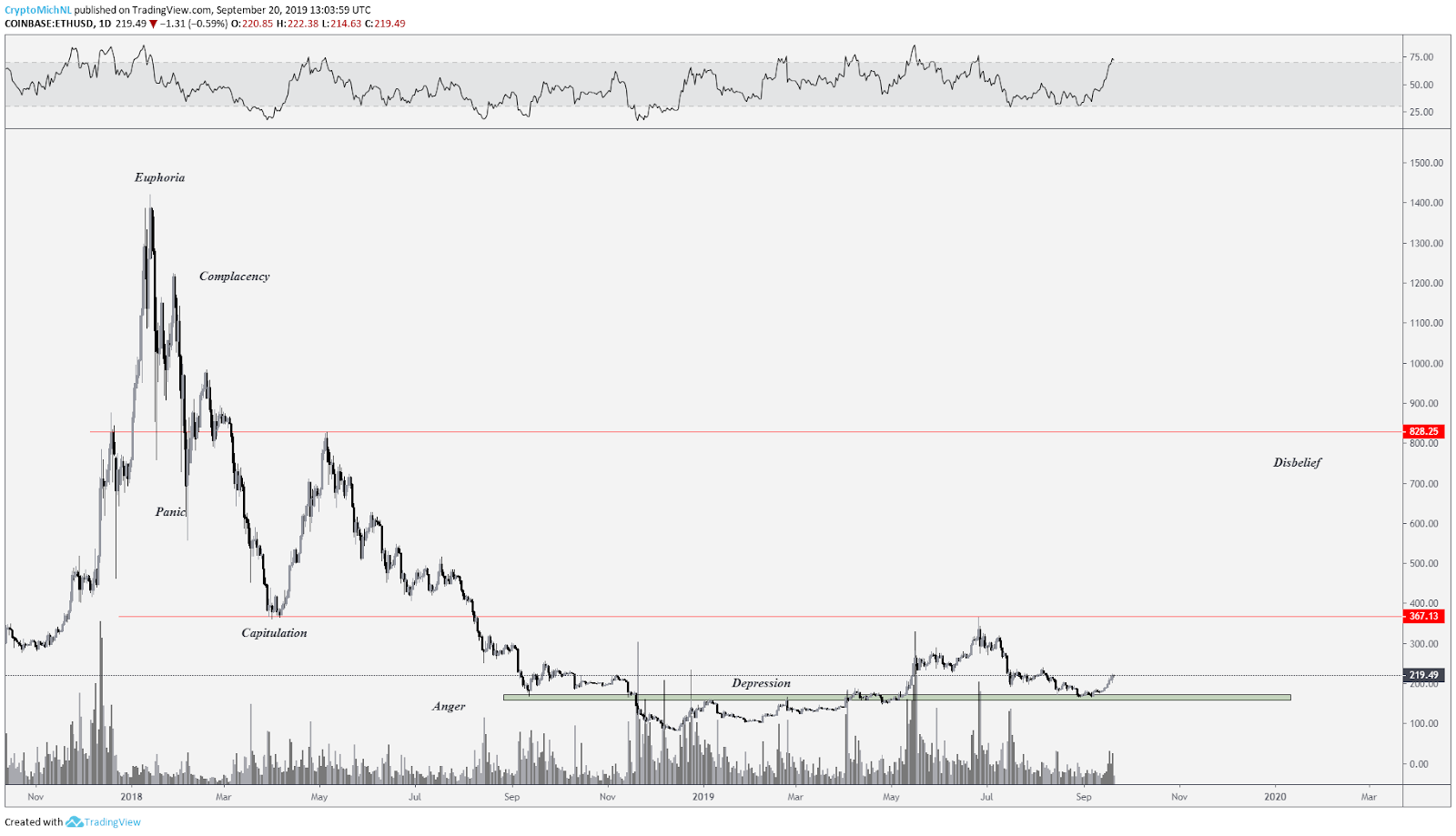 A break below $150-170 would turn the market into more bearish territory. However, the latest bounce reintroduces some bullish sentiment as the $150-170 area has flipped into support.

Additionally, Ether is also starting to establish higher lows and higher highs as well. If it breaks the next bullish target in the $360 zone, the charts suggest the price could even reach as high as $800-850.

Dogecoin as an altcoin bellwether

Another major market indicator for altcoins is Dogecoin. This coin has flashes “altseason” signals in the past and could provide another setup right now. 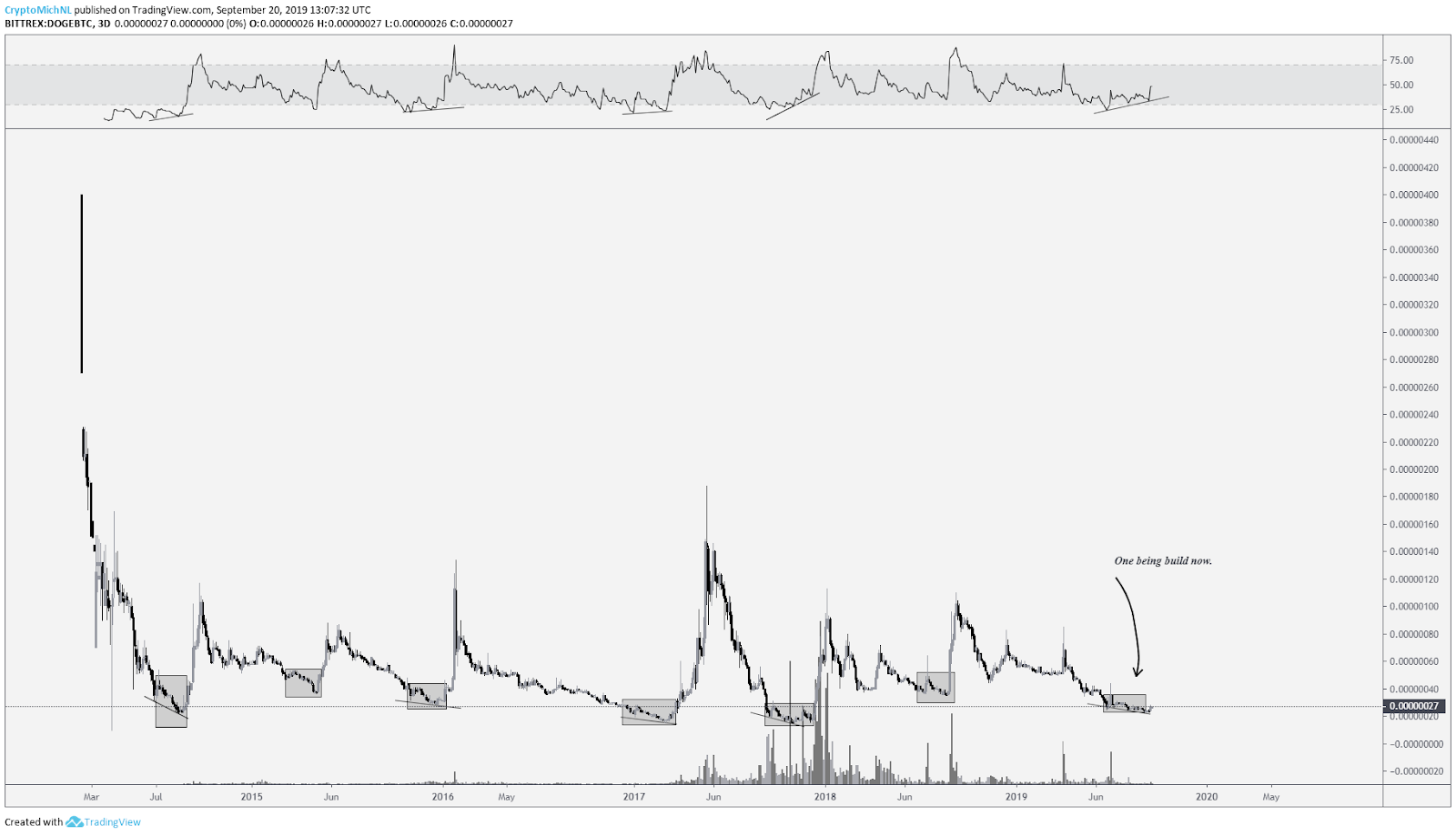 Previously, Dogecoin has always shown bullish divergences to signal the trend reversal. Similar signs were given at the beginning of 2016 and 2017, after which DOGE started its 500% rise.

If we compare that to the movements right now, a similar pattern is emerging as Dogecoin is posting these bullish divergences again.

So what’s now required for continuation of the rally in altcoins and especially Ether? Let’s discuss the scenarios.

In a bullish scenario, Ether holds the $200 area as support. This is a crucial and a strong area for support as it has been tested several times in July and August. 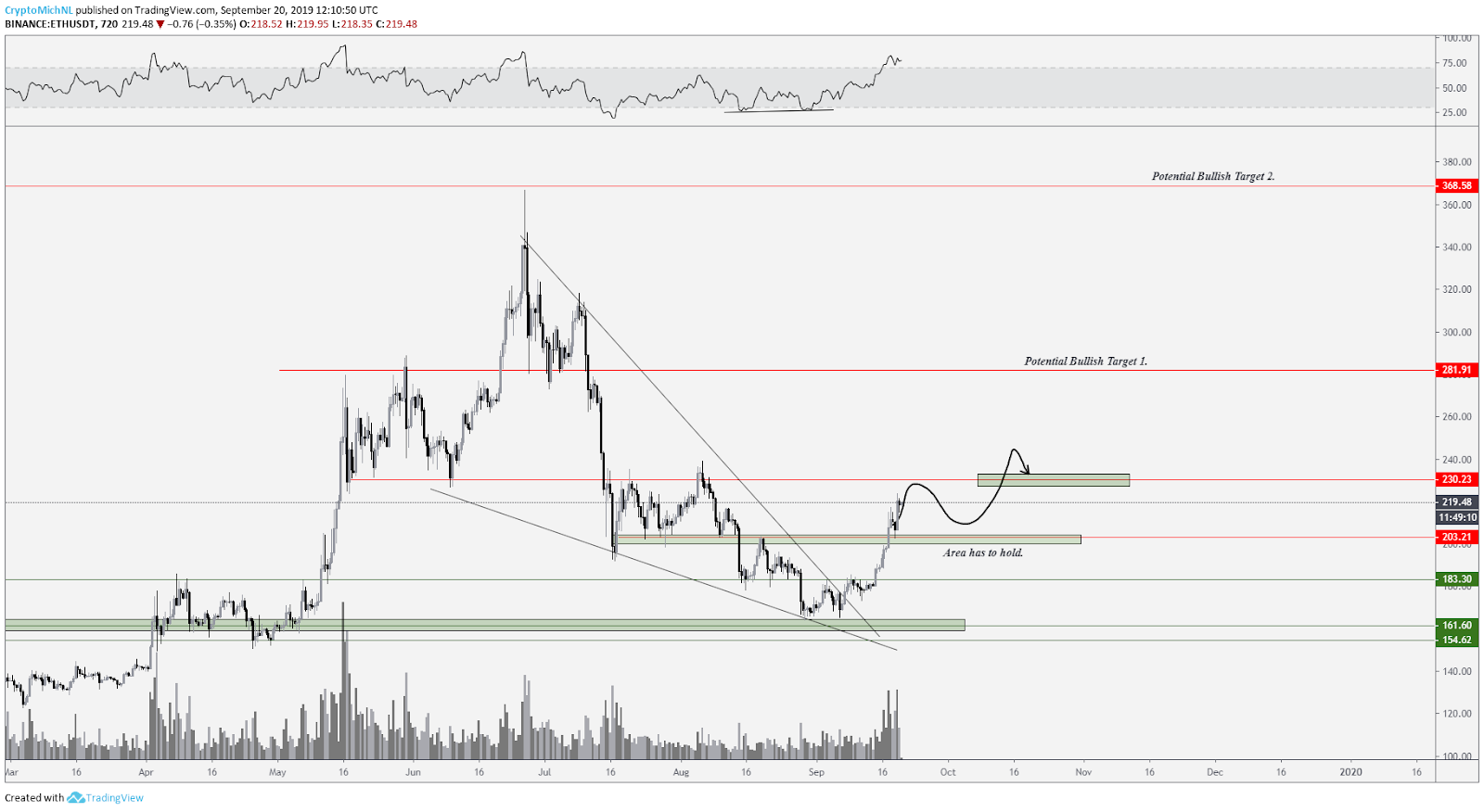 Some ranging in this area would be a strong signal as that would create a new floor before continuing the move upwards. This is also the case with Bitcoin (on a higher timeframe), which has been consolidating between $9,300 and $14,000 for a while.

This ranging can be called the re-accumulation and consolidation phase.

After this period of sideways actions, a breakthrough of $230 is required for further upwards continuation. If the resistance of $230 turns support, the next targets are $280 and $360.

Essentially, the bullish scenario seems to be more likely in the current market environment, as the strength is mostly coming through the ETH/BTC pair. 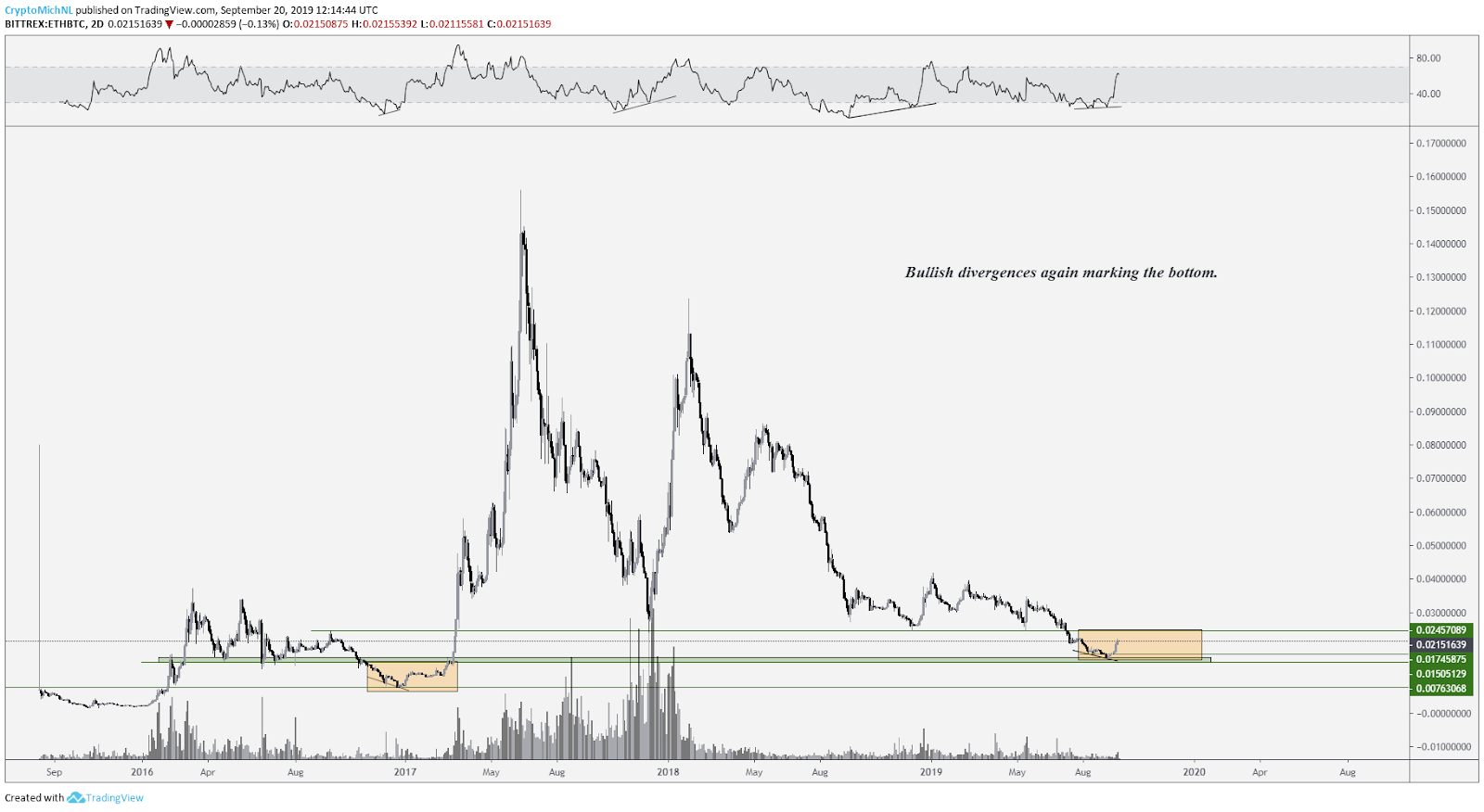 During the past week, the majority of the movements came from the ETH/BTC pair, resulting in an upward push of 35%.

Another interesting thing to note is the bullish divergences showing up every time the coin has bottomed out. Right now the same signs are appearing that were seen at the beginning of 2016 and 2017.

In that period (beginning of 2017) Ether lost a key support level ($15) and dropped all the way back down towards the next support ($6). In both cases, the bottom was marked by a bullish divergence.

Please note: the volume in this chart is lower due to less usage of Bittrex. On the Binance chart, there’s a significant increase in volume with the recent push.

In a bearish scenario, Ether can’t keep up the pace and is unable to break upwards above $230. If Ether doesn’t have the strength to do that, the first level to test is the $200 support area.

In my opinion, the bearish scenario is less likely to occur given that the volume on the push upwards is strong and the ETH/BTC pair is seeing the most gains. 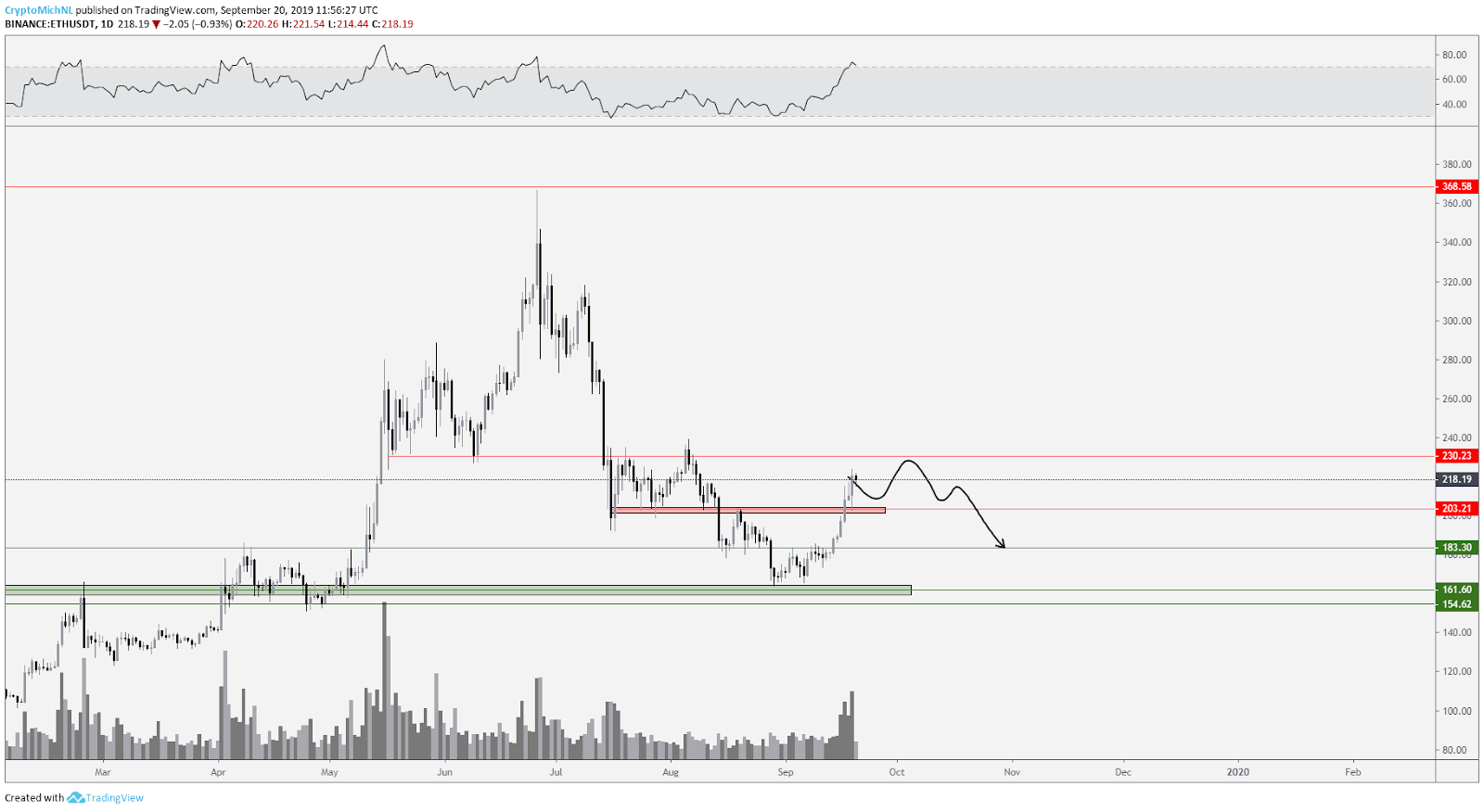 This is essentially a big difference with the movements so far this year when Ether rallied from $85 to $360 as the BTC/USD pair spearheaded the rally.

Overall, altcoins are starting to look better and could be gearing up for a new bull cycle, especially with major altcoins gaining momentum. After a surge in the top altcoins, the mid and small caps will likely follow as the money shifts from the large caps to the smaller ones.

At the same time, Bitcoin must hold the 21-Week EMA as support. Losing that level would be bad news for altcoins as a bearish scenario would then become likely. 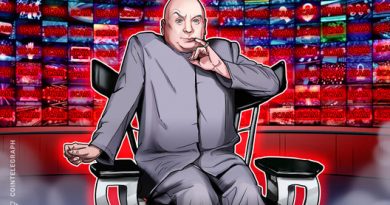 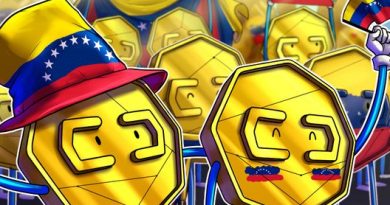 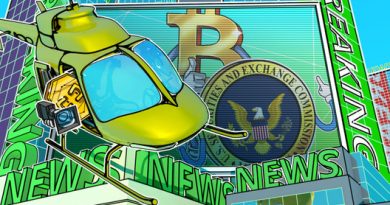