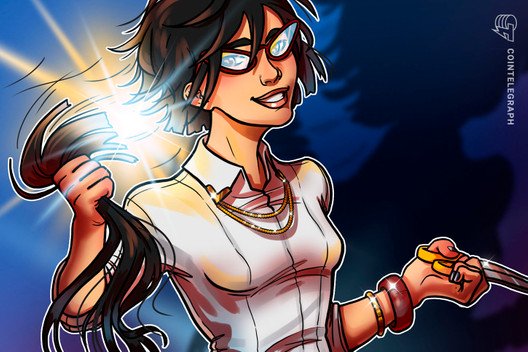 The world has dramatically changed and traditional finance instruments such as venture capital funds have to adjust to a new reality.

Shocking as it may sound, the venture capital industry is built on the idea that it doesn’t really matter if most of the companies they fund lose money or go belly-up. Could this be because they often turn hot air into fabulous profits and cash out before the balloon bursts?

Even when that is not the intended “play,” venture capitalists typically prioritize growth over business fundamentals or helping the community, despite generating negative externalities not only for other companies but also for the financial markets. At least that’s how it’s been until now.

The new tech in town, built on public blockchains, is forcing VCs to rethink how they do business. Blockchain technology truly revolutionizes, democratizes and globalizes financial transactions and is changing the way startups are funded. Blockchain-based currencies and applications gave birth to the initial coin offering, which allows for a new model — a marriage of open source and community funding — that will better serve users, companies and society at large.

Securing venture capital from well-respected investors lends tremendous credibility to any project, and startups are drawn to it like moths to a flame. Founders understand the competitive advantage that such a placement affords them in terms of publicity, contacts, facilities, etc. They concentrate on viral user adoption metrics and hyper growth because VCs encourage and reward them for doing so. Yet, this is the very thing that can lead a company astray. As they strive to deliver on those metrics, they may get blindsided, overlooking problems in their company’s culture and business models.

For example, Uber has spent billions of dollars on subsidies to disrupt the taxi industry and attract customers while paying their drivers less and less. Then they did an initial public offering in 2019, selling shares to retail investors who could not participate in the hyper growth. The main reason for the IPO was to give VCs and early investors liquidity before the music stopped. The business model of losing money on every ride hoping to make it up in volume could not be fixed by a fancy IPO, and so retail investors saw their Uber stock drop by more than 50%. Why? Because investors could not buy into the notion that they would miss the next big company. When you add up a bunch of small losses, you get one massive loss, not profit.

Not surprisingly, most VCs cashed out during the recent IPO wave of dozens of unprofitable, pumped-up companies. The stock for all of these companies later slid, hurting retail investors who did not get to capitalize on the pumped-up hyper growth and stories of the next Netflix or Google. VCs didn’t care because they got in (and out) just in time, as they did in 2007 and in 1999.

Like Uber, WeWork cared more about hyper growth metrics and shiny buildings than its customers, employees and — most importantly, perhaps — the sustainability of its business model. The company loaded up on easy VC money, but never even attempted to create a path toward profitability. Luckily for potential retail investors, the company never went public. WeWork’s CEO Adam Neumann was forced out, but netted over $1 billion in the process, leaving billions in losses and employees to suffer after the implosion as well as VCs like SoftBank to find a way to fix the broken business model.

At least now, the infamous failed WeWork IPO serves as a rude awakening to VCs. Many are forced to refocus on long-term profitability rather than on subsidizing growth to win market share because the public markets will no longer allow any new money losing companies to dump on retail investors.

Companies like DoorDash, Instacart and Robinhood, all of which planned an IPO in 2020, portrayed their market as implausibly big, telling tales of explosive revenue growth. So what if the founders realize at some point that their brilliant idea was not so brilliant after all? Like Adam Neumann, they will socialize the losses among their employees and customers while the VCs will bear not only the brunt but also the responsibility.

Ironically, in their hunt for rapid growth and market disruption at any cost, VCs are now facing true disruption upon their industry through the innovation of the initial coin offering. This innovation sprung from the world of crypto and blockchain, but its implications for venture capital will be immense.

Public coin and token offerings provide startups with more than capital — they create a strong, built-in community that believes in the founders and their ideas. This is a very positive thing, because it can shift the focus back to solid business fundamentals, sustainable profitability and products/services that improve people’s lives in many ways.

The higher burden is that, with a new coin or token offering, a young startup becomes public from its inception and must go through the inevitable growing pains under intense scrutiny. If it has trouble building or scaling up as promised, it is almost certainly labeled a scam on every platform with almost no chance of a comeback. According to howmuch.net, in the ICO frenzy of 2017, $5 Billion was raised by approximately 706 projects, most of which were marred by slow deliveries, scams, hacks and critical errors. But the funding pathway itself began to go mainstream, drawing the attention of regulators. Fearing that consumers were being fleeced, the United States Securities and Exchange Commission warned against ICOs and declared many such offerings illegal sales of securities.

After that first boom and bust cycle, which resembles the 1995 birth of the internet, blockchain-based projects and coins are slowly coming of age while new regulation is under way across the globe. For example, a recent proposal by SEC commissioner Hester Peirce would create a three-year exemption and permit ICO sales as long as they comply with certain rules, which will help the crypto space reach a new level of legitimacy.

Blockchain-based projects may indeed outperform even the biggest winners of the internet boom, since the technology is poised to impact the global monetary system profoundly. It is literally trying to move all the money in the world to digital form. VCs are already staking claims, waiting for the right moment to pounce, prepared to play ball with the new kid on the block — the ICO.

Responding to the winds of change, VCs are trying to play a similarly influential role in the crypto industry by lending their credibility and promising growth to a market in its infancy. Many crypto startups, which have secured VC funding, are regarded as more legitimate and reliable. It’s safe to assume that VC firms will subsidize their services, hoping to win market share and grow the pie. The big question is whether the community will vote to support the projects that originated and got funded by the community or support VC-backed companies that still try to copy old Uber and WeWork models.

As we have seen, VC investment offers credibility but does not necessarily translate into acting in the community’s best interests or providing a reliable long-term value proposition, as we saw many VC-backed companies pulling their subsidies and seeking to maximize profits after going public. At the same time, ICOs are regarded as neither credible nor reliable — nothing less than the Wild West. But this is about to change with the impending recession, dramatically reduced access to VC funding and updated regulation.

After a project has gone through its growing pains and has proof of concept as well as thriving community adoption, a new breed of VCs will be happy to invest in the growth and scaling of companies that act in the best interests of their users.

In this emerging new model of ICO 2.0, each of us has an important role to play. We decide who to support, who to fund and who to grow, and then invite the VCs to pay a higher price if they want to help scale the ventures we chose to build for ourselves.

What can you do?

Do your due diligence, invest in projects you can use and benefit from, not the ones offering the highest gains or pure speculation — this is the rule of thumb whether it’s hundreds you’re investing or millions. At this particular historical juncture, with scams and shams mushrooming far and wide, more caution is always better.

Investing in what you understand is also key. As consumers, users, shareholders or token holders, we should deeply examine any project before lending our support. Make no mistake about it: We all “vote” with our actions, and primarily, with our wallets. The backing of the best and wealthiest VCs can only take a company so far. Only the ongoing support of consumers can make it thrive.

You must decide who is acting in your best interest and whether the company you are supporting is aiming to make the world a better place, or just give you a sugar-rush before they raise their fees and morph into the institution they promised to replace.

What can you do? Put your money into the ideas that you want to see succeed.

Alex Mashinsky is a serial entrepreneur and an 8X founder. For his first seven companies, he chose to raise over $1 billion from VCs, private equity and debt capital, but for his latest venture, Celsius Network, he chose to invite the community to fund and help build a project that will create a replacement to the existing banking system. 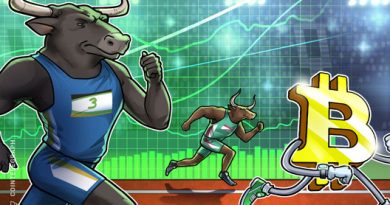 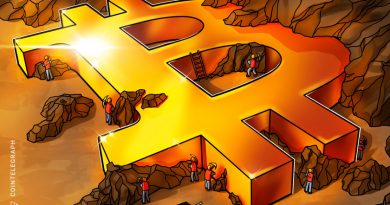 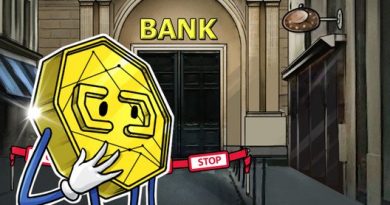 No Global Central Bank Is Working on Retail Digital Currency Use, Says R3