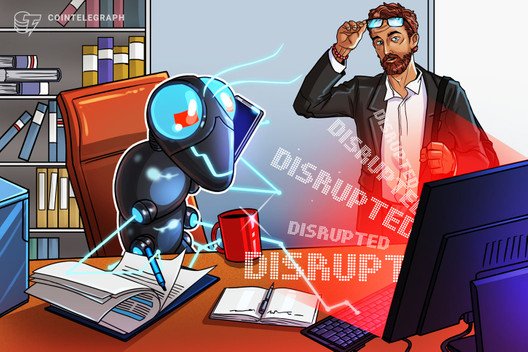 An ultimate financial game-changer: Blockchain technology has dramatically changed the traditional finance industry, and there is more to come.

A few years ago, blockchain technology gained significant traction and was regarded as a truly revolutionary tool for any industry, providing opportunities to significantly update the way of doing business in many areas. As a result, numerous illicit actors didn’t neglect to use the opportunity to capitalize on hype and use the situation for personal enrichment.

Only after an insane amount of marketing money was poured into this area and hundreds of scam projects had deceived millions of people, the potential of possible use cases started to reach solid venture capital funds and institutional investors. Realizing the true value of distributed ledger technology, the crypto community must concentrate on the industries where value can be added as quickly as possible to reshape the outdated financial landscape and disrupt acquiring, remittance and corporate settlement.

Banking is in dire need for innovation, as this sector has not seen any drastic changes during the last few hundred years, despite the advent of national currencies in the second half of the 20th century. Digital money stepped in the game a few decades ago, but the current e-money directive is already outdated.

The ongoing implementation of DLTs will definitely reduce banking infrastructure costs in the sector of international payments.

Another vital challenge is real-time settlement, which is currently impossible due to the lack of fungibility between crypto assets and fiat currencies. There is inevitable friction in converting back and forth, particularly given recent market volatility.

Next, the new age requires the involvement of fewer middlemen — this is a point that requires no further arguments. Blockchain’s feature option and actual value lie in the ability to cut costs significantly, reducing numerous intermediaries all along existing supply chains, whether food delivery, a production line of a trendy leather bag or complicated trans-international logistic routes. Blockchain’s beauty lies in the option to outsource all the workload involved in settlement to the distributed miner network.

For large banks and corporations that are now trying to modernize their outdated IT systems to comply with regulatory standards, resist cybercriminals and keep up to date, blockchain technology presents an excellent opportunity to review and reshape all business processes.

One of the main problems in this industry is that global corporations such as Air France spend 100 basic points of direct commissions (for intermediates and banks, IT consulting services, etc.) and indirect costs (personnel, etc.) for global settlement between its subsidiaries. On the top level, there are zero risks for the company to transfer. By moving intercompany settlement into the blockchain, corporations can save significant value.

A VC’s rule to disrupt or add significant value to a proposition must improve user interface and costs, not just double the company’s value. For example, Uber provided a significantly better UI for ordering a taxi ride compared to existing overcomplicated and outdated taxi services. It eliminated the need to search for a cab company number, dial in, explain how to get to the destination, and chat with the driver in case he gets lost. All of these inefficiencies have now been obliterated due to the introduction of new services.

Quite the same way, blockchain’s feature option is the availability of trust quantification. In the forthcoming future, blockchain services can evolve to be as substantial as, for example, Amazon Web Services, the cloud computing platform subsidiary of retail giant Amazon.

As a result, settlement may be outsourced. A confirmation of the liveability of this trend can already be seen, as Goldman Sachs invested $50 million in Circle Internet Financial, which will implement the use of United States dollars settlements for cryptocurrencies. In turn, the Commonwealth Bank of Australia, one of the nation’s largest banks, has begun working with the developer of the open internet protocol Ripple to create a blockchain-based system for making instant payments between bank branches. Additionally, banks like Barclays and UBS are working with blockchain startups through technology incubators and accelerators.

The opportunity was also recognized by JP Morgan Chase, when it launched a cross-border payments service in late 2017, Interbank Information Network, with Australia, New Zealand Banking Group and Royal Bank of Canada. The firm stated:

“By leveraging blockchain technology, IIN will significantly reduce the number of participants currently needed to respond to compliance and other data-related inquiries that delay payments.”

Overcoming the obstacle course for remittances

The extensive architecture of global payment systems is full of drawbacks. Cross-border operations involve the participation of one or more correspondent banks, and the timing of transfers can take up to five days. Now, think about it on a global level. Clients lose access to banking services more than 120 days per year due to weekends and various holidays, which rise in numbers when involving more countries. That makes a massive 30% chunk in capacity reduction.

So, will blockchain make a difference here? It surely will. Numerous apps are now providing onboarding. You can simply download a stablecoin wallet and enjoy instant access to checking accounts in U.S. dollars and euro, providing instant cross-border payments. Next, onboarding on the blockchain offers huge accessibility to the unbanked in markets where banking services have historically been monopolized and often absent. Blockchain-based solutions for customer onboarding are estimated to create $1 billion in saved operating costs for retail banks worldwide and reduce regulatory fines by $2 billion, as estimated by consultancy firm McKinsey & Co.

Using an opportunity to reshape acquiring

The market for acquiring business has been growing as global payments revenues totaled $1.9 trillion, showing a sustainable growth of 6% — and it’s only growing. McKinsey estimates the top ten global acquirers accounted for nearly 60% of transactions back in 2017.

But there is little wonder that payment processing tends to be outdated, as the whole process is clunky and opaque. As a result, acquirers charge up to 10% fees and settle money in up to three months. Moreover, acquisition costs can be a significant margin drag for merchants all over the world. Hospitality and the tourist industry suffers greatly due to narrowing margins, heavy competition and unexpected crises such as the current COVID-19 pandemic.

While the excessive commissions continue to stifle microbusiness, non-cash payment is simply unprofitable. It’s estimated that 90% of members of the European Payments Council believe that blockchain technology will fundamentally change the industry by 2025. The use of cryptocurrencies — stablecoins in particular — will be a viable alternative to traditional acquiring methods and cost-reducing solutions, as it may provide a significantly less costly option as well as instant settlement.

Stepping into the new age of the financial system

The interest of financial institutions in reducing costs and customers’ desire to increase the speed of payments will push the maturing market to develop new, more convenient and easy-to-use interfaces to enable global crypto adoption. Alternative projects use blockchain technology to involve automatic processing of payments in real time and construct a peer-to-peer payment system without intermediaries.

By the end of the 20th century, it became evident that what had been initially created by humanity as a foundation of the financial system eventually transformed into an outdated and rusty formation. Living in the digital age, we are about to experience the advent of stablecoins, which will further lead us into a cashless society. In 2020, getting a checking account became as easy as downloading an app. Stablecoins are the next step of the digital asset industry’s development, and the most powerful product that a DLT network can offer. By providing new, convenient interfaces packed in cutting-edge technology solutions, we can enable more people to join in on the digital asset industry’s global adoption and significantly improve their lives.

Gregory Klumov is a stablecoin expert whose insights and opinions appear regularly in numerous international publications. He is the founder and CEO of Stasis, a technology provider that issues the most widely used euro-backed stablecoins with a high transparency standard in the digital-asset industry.

Cointelegraph predictions for the first 5 CBDCs of 2021-2022 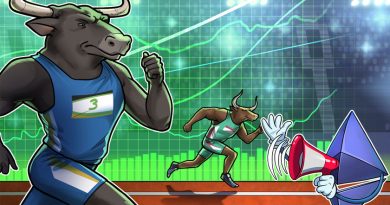