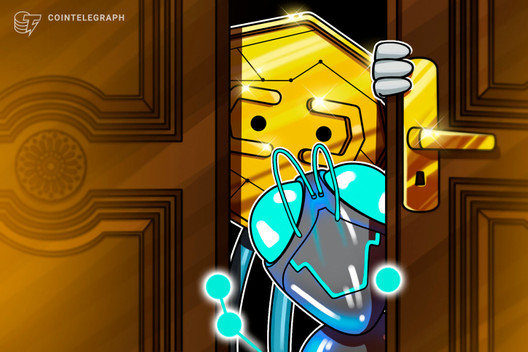 Taking account of more aggressive crypto tracking measures and what they mean for future government adoption of blockchain.

Every Friday, Law Decoded delivers analysis on the week’s critical stories in the realms of policy, regulation and law.

One of the most persistent myths about Bitcoin is its supposed anonymity. More properly termed pseudonymity, BTC wallets are permanently tied to their public keys. Most of you know that. But it took government investigators years of trying to corral Bitcoin transactions on dark web marketplaces like the Silk Road to figure that out.

Now, however, blockchain analysis is a growing industry, catering to a range of clients including many of the most shadowy of government agencies. This was inevitable. At the same time, much of the appeal of effective blockchain programming — beyond cryptocurrency applications — is their ability to protect dispersed data. But as government actors get more sophisticated with blockchain technology and indeed look at onboarding it themselves, they seem determined to short-circuit the whole privacy protection side of things.

This week, we’re looking at updates in government use of analytics and KYC to trace crypto. We’ll also see some issues with what may be the largest use of blockchain for remote voting yet — a pretty key example of where everybody involved needs their identity protected. Surveying the scene, adoption is only accelerating. All the world’s biggest monetary authorities are even considering “minting” digital currency using blockchain tech. The current signs are ominous however, suggesting that the authorities will take steps to keep the keys for themselves.

Yesterday, the U.S. Treasury released new sanctions on employees at a Russian firm involved in disinformation campaigns. Later that day, the Department of Justice publicized criminal charges against several of the same people, alleging that the sanctioned parties had stolen the identities of U.S. citizens to pass Know-Your-Customer checks at U.S. banks and crypto exchanges.

The operation, Project Lakhta, is an affiliate of St. Petersburg’s notorious Internet Research Agency. Various U.S. investigations have tied both to a widespread campaign to stoke partisan hostility among Americans via social media campaigns — wide-scale trolling, in other words.

The net influence of Russia’s social media campaign is hard to quantify. Attitudes about how much Project Lakhta and its ilk have had impacted U.S. polarization often say more about the political views of the person speaking. Many in the U.S. blame the results of 2016 elections and especially the presidency of Donald Trump on Russian interference.

Jarringly, every investigation notes the effectiveness of these social media campaigns at fanning the flames of long-smoldering issues in American society. While these campaigns may have stolen U.S. identities, worse seems to be that we’ve all turned into trolls.

The IRS continues pouring money into tracing crypto transactions. The agency announced a $625,000 campaign to track privacy tokens, a puzzle that has bedeviled the analytics industry and, frankly, delighted the crypto community to no end. The same week, the IRS signed a $250,000 contract with a relative newcomer to the crypto analytics industry.

Many of the most effective privacy tokens depend on ever-adapting open-source software. For fans, it’s a David-and-Goliath story. For the tax agency, it likely seems like a technological insurgency.

Time will tell, but $625,000 is unlikely to actually “crack” Monero. But the IRS is hardly alone among agencies trying. As of yet, privacy tokens have not seen a ton of circulation in areas like terror financing, which are always sure to draw mass attention. But as Bitcoin transactions have become something of an open book for investigators, privacy tokens are clearly on everyone’s radar.

Depending on the scale of final implementation, Russia’s in-progress voting system may well end up the largest yet to run on a blockchain. The country’s Central Election Commission (CEC) has uploaded elements of the system’s source code to Github alongside extensive explanations of concerns.

There is a catch, however. The elections, which CEC had put off until 2021, were rescheduled to this month, and while the internal side of the programming was set to become public yesterday it remains unavailable. Besides which, Cointelegraph has previously commented on issues with centralized control of the keys in this electoral system.

For a nation with a patchy record for running fair elections, the rushed development and limited scrutiny on the new remote voting system is concerning. Moreover, the authorities may well be able to link votes to voter identities — something proper democratic processes take pains to prevent.

While adding part of the voting system to Github for public scrutiny is a nice gesture at transparency and public accountability, the integrity of the system is questionable at best and may continue to undermine local faith in elections as well as in blockchain’s potential to keep them honest.

A team of attorneys breaks down an appellate court’s decision that the New York Attorney General has the authority to investigate crypto.

A handy visual timeline from Perkins Coie maps out the SEC’s work in crypto since the 2017 DAO report made the landmark claim that a virtual asset could be a security.

Writing in the Wall Street Journal, Acting Comptroller of the Currency Brian Brooks and Columbia Economics Professor Charles Calomiris encourage fintech to step into the spotlight. 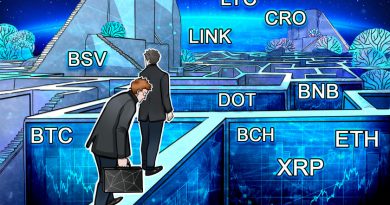 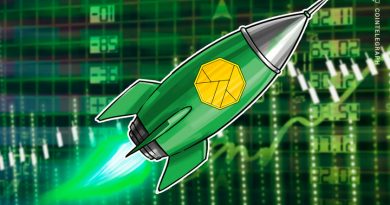 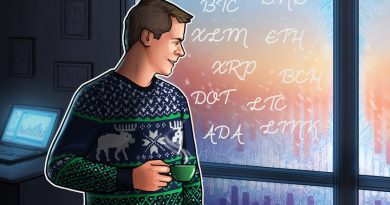