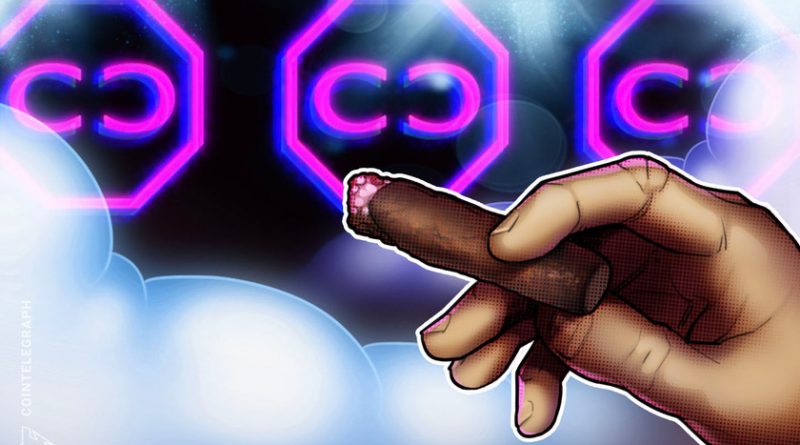 Playboy bunnies are set to hop into the NFT market, Saturday Night Live sold that NFT sketch for more than $360,000 with all the proceeds going to charity.

Playboy centerfolds will be sold as NFTs after the classic men’s magazine announced a partnership with Nifty Gateway today.

The entertainment and lifestyle brand, famous for its Playboy bunnies, distinctive logo, and the dubious claim that men “only read it for the articles”, is planning to tokenize its art, cartoon and photography archive built up over 67 years, as well as release onew original artworks.

According to a April 6 announcement, the brand does not reveal specific details for its NFT Drops on Nifty, but did state plans to “support emerging and underrepresented artists entering the NFT art community,” with the first set of NFTs to drop in collaboration with former playboy magazine contributor “Slimesunday”, better known as Mike Parisella, and a following drop set for June, with 3D artist Blake Kathryn to create a pride-focused series of NFTs.

“We see the digital asset revolution as an enormous business opportunity, we see huge growth potential in integrating tokens into our streetwear business, our live experiences, and events, creating a social token economy with our network of talent.”

“In the first issue of Playboy magazine, there’s this line, ‘Picasso, jazz, Nietzsche, and sex, those are the four ideal conversation topics for any sophisticated person’,” she added. “Right in the core of Playboy’s DNA is appreciation for art and for great artists.”

Saturday Night Live auctioned off their one-of-one “What the hell’s an NFT?” skit for 171.99 ETH worth roughly $360,000 on OpenSea yesterday.

The NFT depicts a 10-second clip of the skit — a comedic rap by Pete Davidson that breaks down tokenomics — with the NFT including two tickets to an episode taping in season 47. The highest bidder was “Dr_Dumpling”, who is yet to re-list on secondary markets and has kept the NFT locked up.

The proceeds will go to a good cause, with the late-night comedy show donating all of the money to Stop AAPI Hate, a non-profit reporting center that responds to incidents of Asain related hate, in light of the escalation in xenophobia and bigotry related to the COVID-19 pandemic.

Luka Garza has become the first college basketballer to drop an NFT, after he released a one-of-a-kind for auction on OpenSea yesterday.

The auction is due to close on April 9 and at the time of writing there have been fou bids so far, with the price moving from 0.25 ETH up to the highest bid of 0.67 ETH worth more than $1,400.

The National Collegiate Athletic Association or NCAA currently prohibits college athletes from profiting from their name, image, and likeness. However, NFTs could now serve as a new revenue stream for graduating athletes, with Garza now free to capitalize after he recently completed his final year of college basketball.

Celebrating winning the Consensus National Player of the Year, Garza’s is dropping an NFT that depicts a collage of his career highlights, which includes an interesting set of real-world bonuses.

The top bidder will be granted the chance to meet the player, play him in a game of HORSE, share a meditation session and attend dinner and a movie. Additionally, the highest bidder receives a lifetime VIP pass to Garza’s future basketball camps and a signed pair of game-worn shoes.

NFTs after the bubble bursts

During an interview with D-Corp on YouTube yesterday, the CEO drew comparisons to Bitcoin in 2017, when the price hit a peak of around $20,000 before it crashed, noting that:

“People called Bitcoin a bubble back in 2017 right? and when the bubble popped they thought it was the end of Bitcoin A few years later it was stronger than ever.”

Wood conceded that “I absolutely think it’s a bubble”, as he feels the exorbitant prices and sales in the NFT market are being “inflated by these guys who are trying to get into the space and trying to make a quick buck.”

However, he highlighted that booms and crashes are all natural parts of market cycles, and that investment into NFT infrastructure will stabilize the industry moving forward:

“When it does [burst], and it will eventually because every financial market has this decline, what’s actually left behind will be a ton of more investment, like our company, who are building specifically for NFTs. The products don’t completely flourish over three to six months. We’re building the infrastructure now.”

Coinburp’s exchange was founded in 2018, after Wood transitioned from his previous project BitBroker, a UK-based crypto brokerage website. 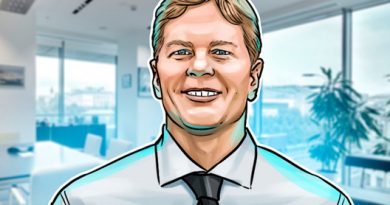 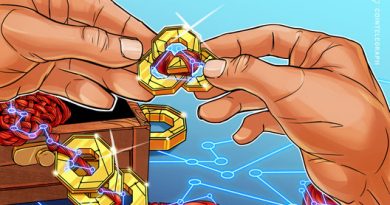 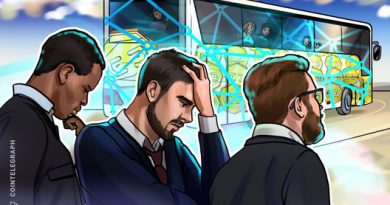