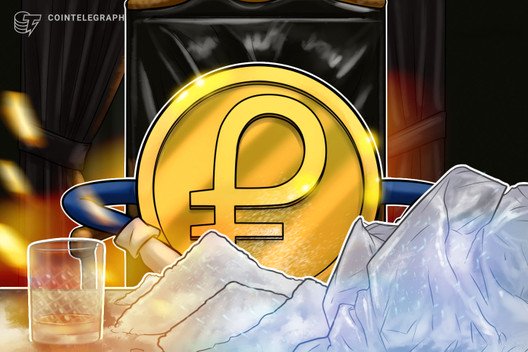 Despite the high level of privacy, Venezuela’s national crypto could not help avoid international sanctions nor even cover the illicit activities of the country’s leaders.

At the end of February, the United States Immigration and Customs Enforcement revealed its Cryptocurrency Intelligence Program, which targets peer-to-peer and darknet markets for the illicit use of cryptocurrencies. Then, in a press conference one month later, the U.S. Department of Justice indicted Venezuelan President Nicolas Maduro and 14 other top officials in the country. The charges include leveraging political offices, financial systems and cryptocurrencies for conducting and concealing a massive government-run drug-trafficking, narco-terrorism and corruption operation for over 20 years. This systemic corruption raided Venezuela of billions of dollars and economically wrecked the country, according to the U.S. prosecutors.

The U.S. maintains that Maduro and the “Cartel of the Suns,” a drug-trafficking organization comprising high-level military, government officials and intelligence operatives, weaponized 250 metric tons of cocaine against the U.S., which they allegedly delivered via Central America by airplane or via the Caribbean by boat.

“Maduro and the other defendants expressly intended to flood the United States with cocaine in order to undermine the health and wellbeing of our nation,” U.S. Attorney Geoffrey Berman asserted.

In a separate indictment, the Southern District of New York charged Venezuela’s superintendent of cryptocurrency, Joselit Ramirez Camacho, and others for engaging in a series of crimes in an attempted evasion of U.S. Office of Foreign Assets Control sanctions. According to court papers, Camacho instructed a U.S. person to open a bank account and set up a shell corporation in Istanbul, Turkey, to be used in a scheme to launder the proceeds of their illicit activity in order to evade OFAC’s sanctions.

“The collaborative nature of this investigation is representative of the ongoing work HSI and international law enforcement agencies perform each day, often behind the scenes and unknown to the public, to make our communities safer and free from corruption. […] HSI’s global reach and commitment to aggressively identify, target and investigate individuals who violate U.S. laws, exploit financial systems and hide behind cryptocurrency to further their illicit criminal activity. Let this indictment be a reminder that no one is above the law — not even powerful political officials.”

The concept of national, bi-national and multinational cryptocurrencies have attracted many governments across the world, particularly those that have been sanctioned by the U.S. — i.e., Venezuela and Iran — but others as well, such as Saudi Arabia, the United Arab Emirates, Russia, China, the European Union and Turkey. 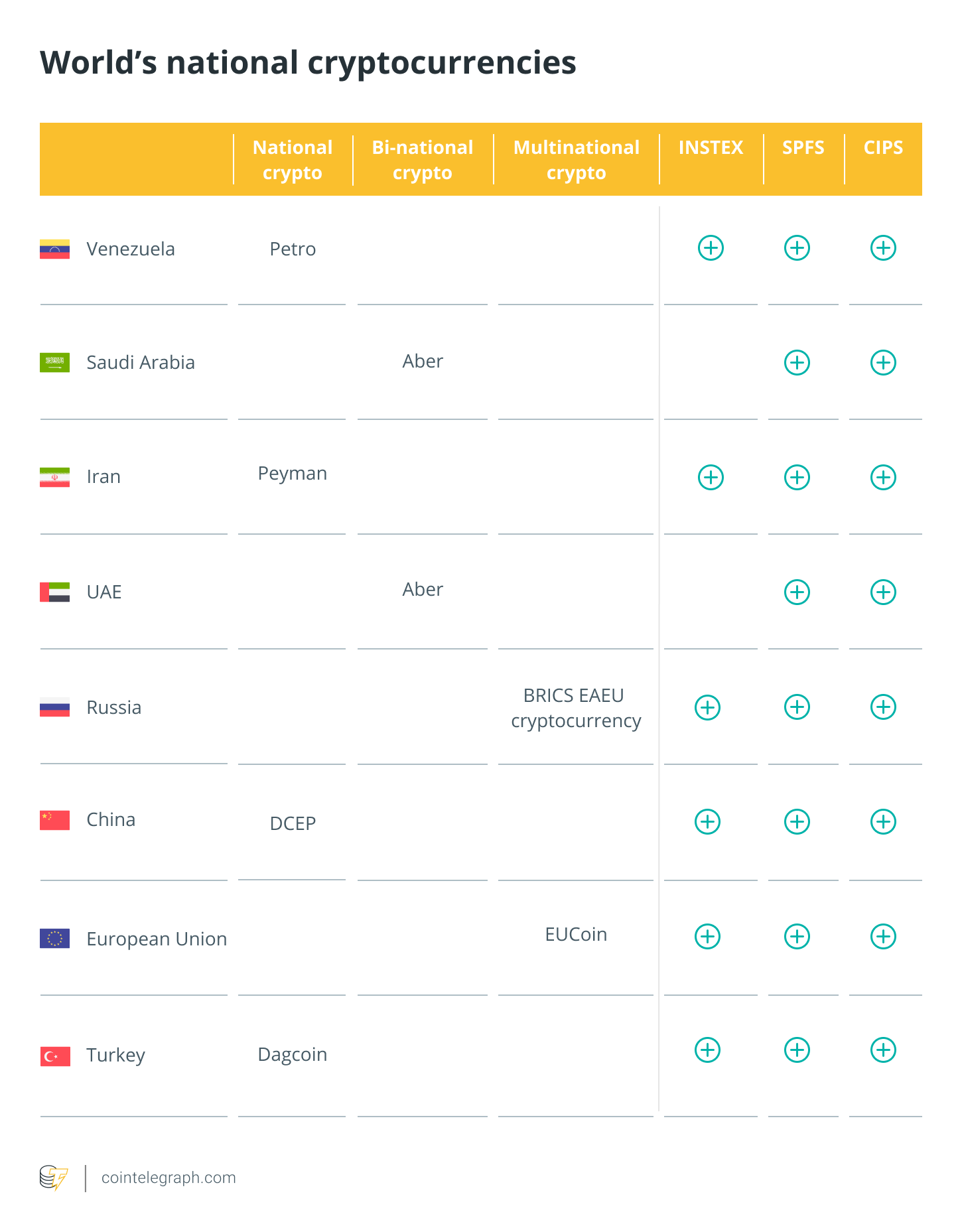 The U.S. sanctions against Venezuela have largely isolated the country from the global financial system. As a way to circumvent wide-ranging U.S. sanctions and overcome chronic liquidity shortages, Wilmar Castro Soteldo, Venezuela’s agriculture minister, supported the creation of a state-sponsored cryptocurrency based on the gold standard or other resources — similar to Iran’s national cryptocurrency, Peyman — in order to save Venezuela’s economy and supplant the U.S. dollar’s hegemony.

After all, Iran is known for implementing the most creative, commodity-based, barter-style schemes to evade sanctions in modern history. These schemes have involved various countries — using the so-called “gas-for-gold” loophole — as well as the “Instrument for Supporting Trade Exchanges,” or INSTEX — a new cryptocurrency-based international payment gateway in the EU with barter-style features — in order to avoid the U.S. financial system and the sanctions crippling the country’s ability to trade with the world.

In December 2017, in a televised press conference, Maduro announced that his government was planning to issue a cryptocurrency/stablecoin, called the Petro, that would be backed by the country’s oil, gold and mineral reserves — and would be convertible into a number of fiat currencies, such as the Russian ruble, the Chinese yuan, the Turkish lira and the euro.

Related: Central Bank-Issued Digital Currencies: Why Governments May (or May Not) Need Them

The Petro’s development was heavily influenced by former U.S. congressional intern Gabriel Jimenez. It is hosted on a blockchain platform that has been accused of being designed as a clone copy of Dash (DASH) in order to avoid detection by law enforcement officials.

Related: Sanctions Compliance for Transactions in Fiat and Cryptocurrencies Are the Same: Expert Take

Shortly after the Petro’s launch on Feb. 20, 2019, in an executive order dated March 19, 2018, U.S. President Donald Trump banned U.S. persons from buying any digital currency, digital coin or digital token that was issued by, for or on behalf of the government of Venezuela on or after Jan. 9, 2018. This ban was amended to include the risk of exposure to U.S. sanctions to any U.S. persons transacting with Venezuela’s national oil and gas company Petróleos de Venezuela regardless of the currency of the transaction.

Set against falling oil prices, the sanctions against Venezuela — which has the world’s largest oil reserves and where oil makes up 98% of the country’s export earnings — acted as an embargo that has ruined its economy. Accordingly, Maduro had to get even more innovative, pushing him further into the drug trafficking and sanctions-busting oil/gold/crypto trades. Maduro instituted measures to increase Petro’s use by announcing plans to use Petro for selling Venezuelan oil and stepped up sales of gold in sanctions-busting transactions similar to Iran’s commodity-based, barter-style schemes.

During the past few years, Maduro has resorted to selling tons of Venezuela’s federal gold reserves as well as gold from illicit mining ventures to companies in places such as Switzerland, the UAE and Turkey using accounts in obscure banks. They transported bricks of gold — 23 tons of which was removed from the country’s bank vaults, according to published reports — onto privately chartered aircraft for flights to Istanbul, eventually intended for sale to European banks with the involvement of Colombia’s National Liberation Army. Last year, the DOJ charged a Turkish bank and an Iranian gold trader for evading U.S. sanctions on Iran.

It is yet to be seen if others involved in Venezuela’s international crypto-barter trades will face indictments from the DOJ for circumventing U.S. sanctions. The U.S. is offering a $15-million reward for information leading to the arrest and/or conviction of Maduro, as well as $10-million rewards for Diosdado Cabello, the president of Venezuela’s National Constituent Assembly; Tareck El Aissami, the vice president for the economy; Hugo Carvajal, a former director of military intelligence; and Clíver Alcalá Cordones, a retired major general.

The indictment of Maduro and his 14 cabinet members come subsequent to the conoravirus’s arrival in Venezuela — which has a nationwide quarantine in place since March 16. An oil price war and fears of a global recession have driven the price of oil to an 18-year low of $24 per barrel, less than half of what it was in February. Oil-producing countries break even at a price in the mid-$80s per barrel.

The price of the Petro, Venezuela’s national digital currency put forward to avoid the sting of U.S. sanctions, is not known.

Selva Ozelli, Esq., CPA, is an international tax attorney and certified public accountant who frequently writes about tax, legal and accounting issues for Tax Notes, Bloomberg BNA, other publications and the OECD. 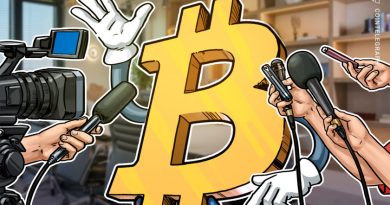 Blockchain is good for hodling, but not for voting: Bad Crypto news of the week 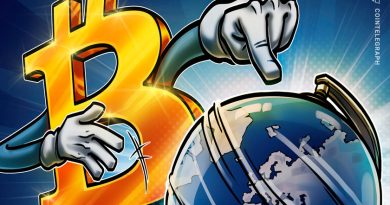 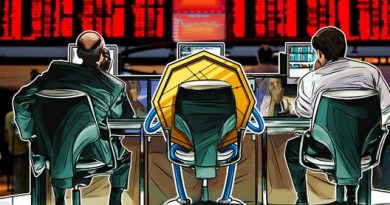