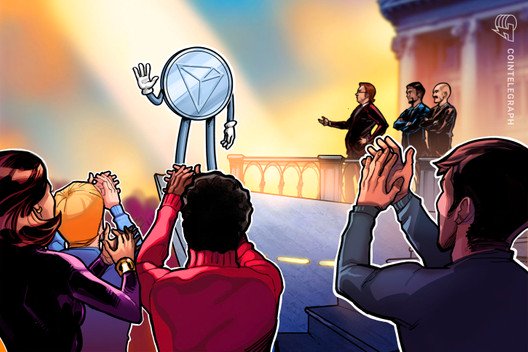 Steemit’s managing director says the new partnership with Tron will help grow the platform and that the soft fork resulted from quick reactions to the changes.

In an interview with Cointelegraph at Tron’s San Francisco office on Feb. 25, Steemit Managing Director Elizabeth Powell expressed enthusiasm regarding the new strategic partnership between Tron and Steemit.

On Feb. 14, the Tron Foundation announced it had acquired Steemit, a decentralized social media platform with over 10,000 daily active users.

Following the announcement, a great deal of uncertainty arose from the Steemit community. A recent Reddit thread shows Steemit users discussing concern over the future of the STEEM token and the reversible soft fork that Steem witnesses initiated on Feb. 24.

Despite recent remarks, Powell told Cointelegraph that Tron’s partnership of Steemit is incredibly exciting, noting that she expects Tron to provide the resources needed to help grow the Steemit ecosystem. She said:

“Steemit had to downsize in the fall of 2018,, and the Tron partnership finally provides us with marketing, engineering and more resources for both the Steemit and Tron ecosystems to thrive.”

Powell explained that Steemit.com was founded four years ago as a proof-of-concept by former CEO Ned Scott. Although the platform has successfully brought in over 1 million site visitors, she explained that the number of Steemit contributors has dropped dramatically. She attributes this to poor user experience and a lack of resources needed to improve the site. In turn, Steemit reportedly laid off more than 70% of its staff in November  2018.

According to Powell, the Tron partnership has saved Steemit from reaching a breaking point, noting that new features are already being implemented across the blockchain-based social media platform. She explained:

“We’ve been in a holding pattern due to a financial lack of resources. We’ve always had roadmaps but we couldn’t execute them. But just last week, Steemit was able to launch its new communities feature, which allows users to take advantage of community features similar to those on Reddit. We’ve been working on this feature for three years. This just shows how fast Justin Sun has worked to help us launch communities.”

Powell also commented that Steemit is able to accommodate the new users migrating to the platform from Tron, a network that has over 700 DApps. She said:

“Scaling is important, and Steemit can handle all the new traffic coming from Tron. We’ve already had 30% more signups this February compared to February last year. This partnership is about bringing the social media aspect to the Tron ecosystem.”

Why the reversible soft fork?

When asked about the recent controversial reversible soft fork, Powell explained that this was a result of people reacting quickly to Tron’s partnership with Steemit. She said:

“I wrote a blog post last week about how anytime there is change, people become uneasy. As we continue to plan our road map with Tron, people will start to understand what our visions are. We have just begun to strategize on this. I understand that Steemit has held the power for so long and that the soft fork was a reaction that came too soon.”

According to a Steemit blog post, the reversible soft fork was implemented due to uncertainty around the company. The soft fork also resulted in the Steem blockchain’s network validators, known as witnesses, blocking STEEM held by a limited set of accounts from voting on who governs the network.

Certain transactions will not be processed from the pool of tokens known as the “Steemit Inc. ninja-mined stake.”

Powell explained that the Steemit Inc. ninja-mined stake is intended to help with further support and financial developments of the Steemit blockchain.

Founder and CEO of Tron Justin Sun wrote an open letter to the Steemit community on Feb. 23 to communicate to users that Steemit 2.0 will be an improvement on the current platform:

“With so much happening in Steem right out the gates for me and everyone at Tron and Steemit Inc, such as the launch of Communities and a soft fork 22.2 we weren’t expecting, I feel it is important to show you guys I am here and ready to begin building with you.”

According to Powell, Sun’s letter not only provides positive reassurance but also demonstrates communication during a time when it’s needed the most.

Sun’s letter also mentions that there will be a Steemit town hall summit on March 6 to discuss the Tron and Steemit roadmaps and to communicate the goals and objectives of the two ecosystems.

Powell commented that most likely the town hall summit will take place on DLive, the largest decentralized streaming community powered by the Tron network. 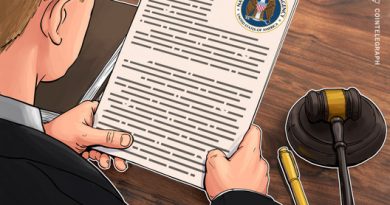 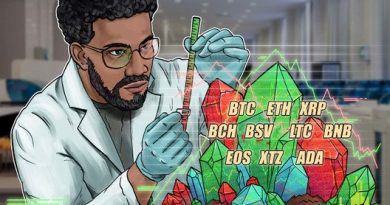 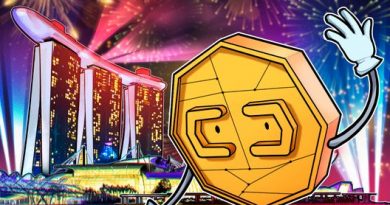