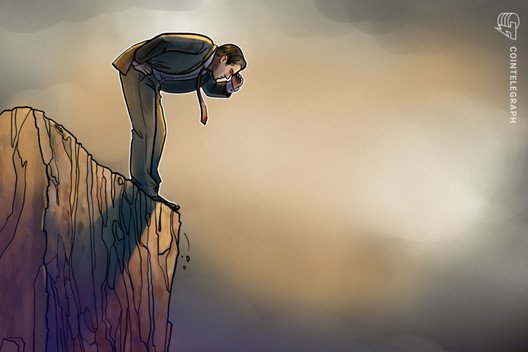 The popular platform for trading stocks and cryptocurrencies like Bitcoin (BTC) experienced a major technical outage, causing a loss of access to user accounts.

On Monday, March 2, Robinhood encountered a day-long technical problem with users purportedly being unable to complete their exchange orders or even load their portfolio lists and charts.

“We are still experiencing system-wide issues. Our team is continuing to work to resolve this and we’ll provide updates as they become available. We apologize again for the trouble this has caused and appreciate your patience with us as we work to resume service.”

While some reports suggested that the tech outage on Robinhood was caused by a significant surge of trading volumes on the platform, the firm has not publicly linked the issue with trading volumes. After Robinhood’s user base crossed 10 million accounts in late 2019, the exchange has allegedly seen its active users skyrocket since early January 2020.

Asked about the to-date status of Robinhood services by Cointelegraph, Robinhood team clarified that platform has not returned to full functionality so far. After Cointelegraph reported earlier today that Robinhood’s status page was indicating that all basic trading and banking services are operational, the services went back to non-operational at press time.

“Our systems are currently experiencing downtime. We’re determined to restore full functionality as soon as possible. We’ll be sharing updates here and on http://status.robinhood.com.” 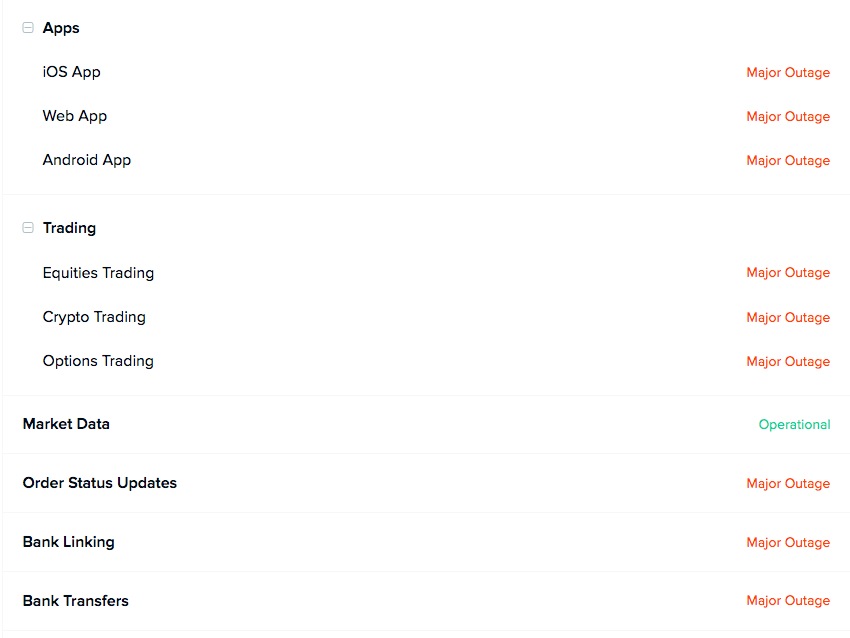 A Robinhood spokesperson elaborated to Cointelegraph that Robinhood temporarily restored service yesterday, noting that the outage is part of the platform’s infrastructure that allows systems to communicate with each other. According to the representative, the issue resulted in outages across many of our services, preventing customers from using our app, website, and help center. The spokesperson emphasized that the problem wasn’t caused by a failure to code for leap year.

Robinhood also added in an email to Cointelegraph:

“On Monday, we experienced an issue with a part of our infrastructure that resulted in an outage, preventing customers from using our app, website, and help center. As of Monday night, Robinhood is back up and running. We’re testing through the night, and may observe some downtime as we prepare for Tuesday. We realize we let our customers down, and we’re committed to improving their experience.”

While Robinhood team is apparently doing their best to fix the outage, the technical problems have apparently caused some tangible losses for traders. Some traders complained that the outage on Robinhood caused them to miss out on “the biggest one-day point gain in the Dow Jones history.”

While some users want to file a complaint with major United States regulators such as the Securities and Exchange Commission and the Financial Industry Regulatory Authority, others suggested that they would take a legal class action against Robinhood.

Robinhood Class Action, a twitter account that has been created in response to the damaging outage, has amassed nearly 4,800 followers as of press time.

In late December, Robinhood co-founder Vladimir Tenev revealed that more than 200,000 Robinhood clients were already in line for its new fractional stock trading app. Valued at $7.6 billion to date, the Robinhood app is known in the crypto community for featuring zero-commission cryptocurrency transactions.

March 3, 16:39 UTC: This story has been updated with more information on the to-date status of Robinhood services and upcoming full functionality. 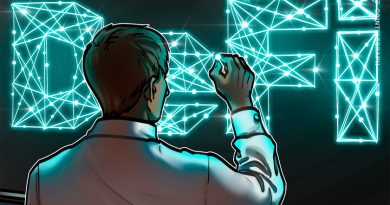 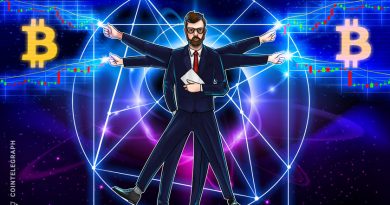 $2.52B in bearish Bitcoin options signal pro traders are hedging their bets 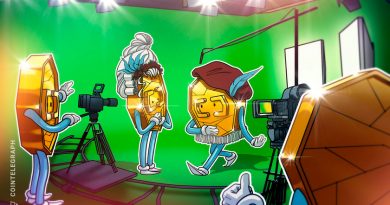