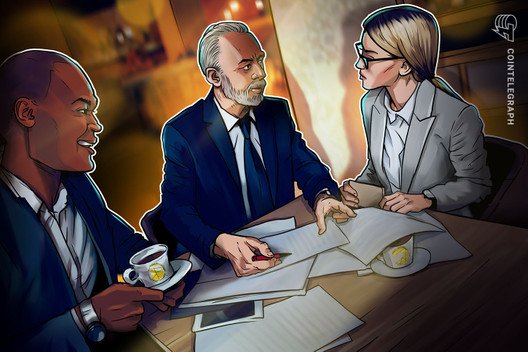 Find out how to sign a partnership agreement using blockchain and how to manage cryptoassets and fiat revenue.

What should be written in a partnership agreement, and how should a general partnership be run? How can an agreement be concluded remotely using the blockchain? Four business models to manage cryptocurrency and cash flows are outlined below.

To draft a partnership agreement, partners should identify themselves, their shares and membership interests. They need to define the project and its goals as well as key tasks. Furthermore, attaching the business plan, presentations, and technical requirements or specifications for the project are also a necessary part of this step.

An important decision is determining whether all or several partners are going to act on behalf of the general partnership, or if a managing partner will be assigned. Whether alternatively or additionally, partners may wish to hire a CEO. A legal entity can also be the managing representative.

As mentioned in the first article of this series, a general partnership can act as a business entity. However, many people are unaware of them, which can cause some issues when dealing with external counterparties.

In my case, my partners and I decided the following: I was chosen to be a managing partner and had the right to conduct business relations with other entities in the market.

All deals of more than $30,000 had to be approved by a remote simple majority voting of partners. In order for partners to communicate with each other, we created a channel on Telegram messenger and agreed that all discussion within that chat is legally binding on the partners — one of whom is a legal entity.

This entity represents our business project in deals with external counterparties, and has a written agent agreement and power of attorney for situations in which the legal entity must confirm its authorization. The agent acts on behalf of our general partnership (the appointor), and all acquired assets belong to the general partnership, including money, intellectual rights and other properties. By doing so, we were able to solve bank-related issues. The authorized representative as a legal entity had a bank account, so the partnership could send or receive money through this agent.

At the same time, this is not the only possible model. The following chart represents other types of interactions between partners, clients and agents.

Business models with fiat and crypto 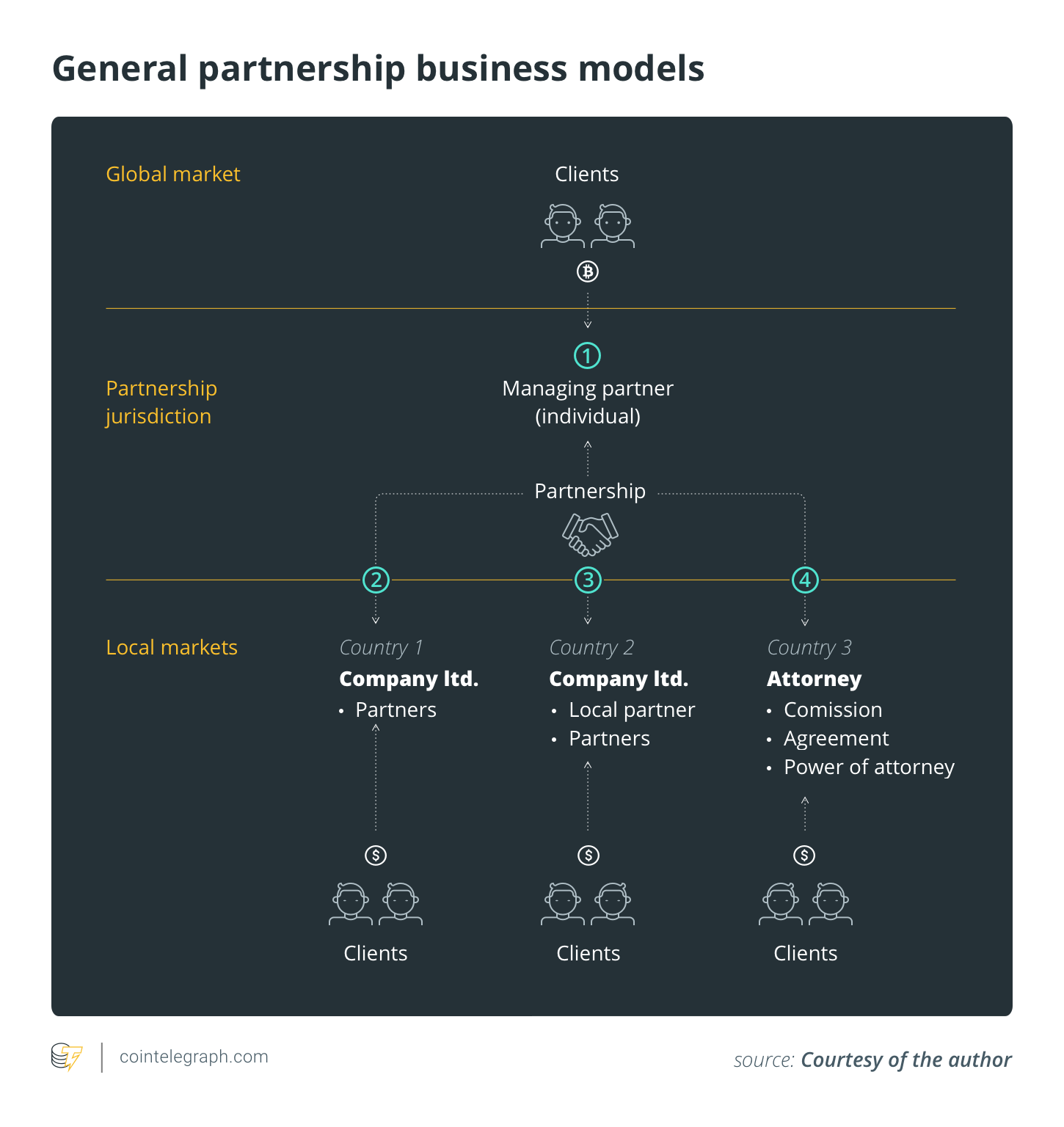 In reality, all types of relations can be developed based on specific financial flows. The diagram above consists of four figures which may be applied solely or in combination with each other:

Model 1. An individual as the managing partner

An individual can manage the project, but there is almost no possibility that the individual will be able to open a bank account for entrepreneurial activities. From a financial point of view, such a partner will only be able to work with cryptocurrency. This method can be used as a single financial tool only in the case when all revenue is generated in cryptocurrency. Otherwise, one needs to combine it with other solutions and methods.

The managing partner distributes cryptocurrency profits between the partners, while they have to declare it and pay taxes in accordance with the legislation of their residency.

Partners incorporate a legal entity — for example, a limited liability company, or LLC — that will act as an agent of the general partnership.

Furthermore, partners of a company dealing with crypto will face problems in many countries, as banks are likely to refuse dealing with tokens and cryptocurrencies. Hence why combining this model with Model 1 is inevitable in such cases.

Model 3. An agent company co-owned with a local partner

Partners incorporate their company, which includes all members of the general partnership plus their local partner, in one chosen jurisdiction. Let’s call it a regional representative model. Such a legal entity will work with the general partnership on the basis of an agent agreement. This is a great choice if partners need to create a local presence for their business. The local partner will be the head of the company and develop the business in the designated area. It also solves all financial problems, as the company can now open bank accounts and distribute profit among its partners.

A legal entity or an individual entrepreneur appointed as an agent of the general partnership. This option is also useful, because both the legal entity and individual entrepreneur can open a business account in a bank to receive payments from clients. According to the agent agreement, agents in such cases receive company revenue that they are authorized to use to pay off current expenses and debts on behalf of the general partnership. Agents take a fee from this money for their services, and eventually distribute the rest among partners.

How to sign a partnership agreement using blockchain technology

This is an alternative manner of establishing a business partnership, as there are many different ways to enter into such an agreement. In our case, all partners were located in different countries and it was difficult to meet each other in one location.

We decided to use the Emercoin blockchain and the “carousel” method for contract signing: The first signatory creates an NVS record (short for Name-Value storage, a kind of token in Emercoin) with the hash sum of the contract, and sends it to the next signatory. The record needs to be sent one-by-one to all the partners in the circle, and the contract becomes effective when the NVS returns to the wallet of the first signatory. Partners (and all viewers of the file) are able to verify addresses in the carousel. If they correspond with the announced addresses, the contract is considered duly signed by all parties. In our case, we use the same addresses to distribute profit.

The business model of a general partnership has both advantages and disadvantages — some people may think that it will not protect their interests, and it may not suit everyone’s needs. However, based on my own long-term experience in legal practice, I can say that there are no 100% safe legal instruments.

In conducting their business, partners may face a huge number of legal actions and courts, which require a significant amount of time and resources. And even then, one could come away with nothing after winning the case, because the debtor simply has no assets (they could sell them, re-register them in their grandmother’s name or simply disappear). Common sense dictates that the main issue is not the legal model, but trustworthiness of partners. One needs to remember the following: Reputation is the most important asset.

Nowadays, when information is distributed at the speed of light, a scammer can face serious consequences such as nobody wanting to deal with them after a couple of bad cases. And that’s why we need an agreement — not for court (although it can be used there), but as a guarantee of good behavior lest partners become bad actors and are not held accountable.

This is part two of a two-part series on general partnerships, read part one here.

Oleksii Konashevych is the author of the Cross-Blockchain Protocol for Government Databases and a protocol of smart laws for property rights. Oleksii is a Ph.D. fellow in the international program funded by the EU government — Joint International Doctoral (Ph.D.) Degree in Law, Science and Technology (LAST-JD). Oleksii is visiting RMIT University in Melbourne, Australia, and collaborates with the RMIT Blockchain Innovation Hub researching the use of blockchain technology for e-governance and e-democracy. He works on tokenization of real estate titles, digital IDs, public registries and e-voting. Oleksii is the co-author of the law on e-petitions in Ukraine, collaborating with the Presidential Administration of Ukraine as manager of e-Democracy Group, NGO (2014–2016). In 2019, Oleksii participated in drafting the bill on Anti-Money Laundering and taxation issues for crypto assets in Ukraine. 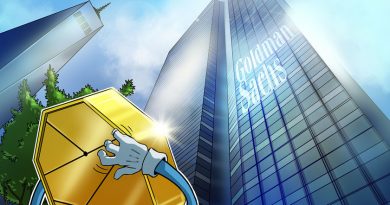 Goldman Sachs says Bitcoin is on the path to maturity 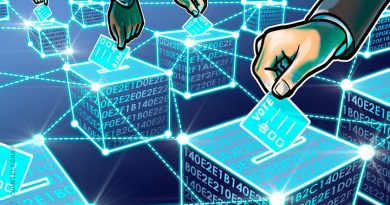 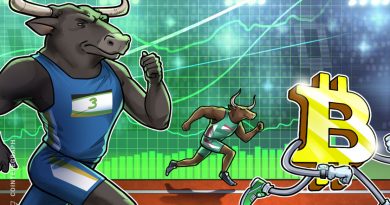