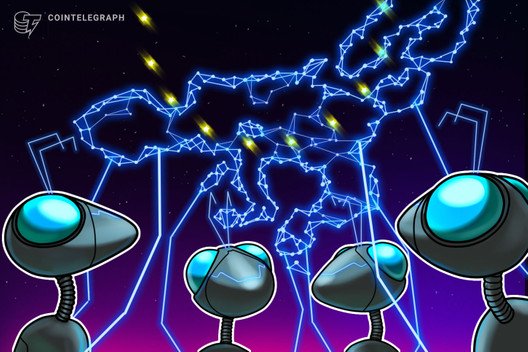 By proposing the united regulatory framework for blockchain and crypto spaces, Europe would have a chance to surpass its main competitors: China and the U.S.

Besides China’s ongoing struggle with the coronavirus, one of the defining narratives for the world’s largest country entering the new decade was its central bank-issued digital currency. Reportedly in its final phase of testing and ready for rollout in 2020, the Chinese CBDC has sparked speculation and intrigue from governments around the world.

Just recently, a Federal Reserve governor detailed how the United States central bank is exploring digital currencies following reports of interest over the last several months. The Bank for International Settlements and several European banks have also touched on the subject, revealing a warming disposition to a once-shuttered technology.

The announcement by China sparked undercurrents of competition, and the result may very well be more regulatory-friendly frameworks around the world. But there’s a more subtle narrative at work, superseding geopolitical boundaries.

Europe’s unique position as both a multinational entity (the European Union) and a heterogeneous mixture of cultures — especially with the United Kingdom’s recent Brexit — are a microcosm for understanding the global state of blockchain innovation.

The question becomes: Can fragmentation converge on standardization?

“While Europe’s blockchain ecosystem may not be as big as the U.S. or Asia’s, it comes with the potential to collaborate due to greater sharing between countries,” details the Blockchain in Europe: 2020 Review report from decentralized think tank dGen. It continues:

“And, as each country has unique strengths and cooperation continues to grow, it is a strong environment that promises to push forward even more innovation.”

What’s evident is that proponents of blockchain technology view a changing global dynamic. Underscored by the interconnectivity of the internet, blockchain innovation appears less reliant on geopolitical boundaries and more focused on building collaborative communities, regardless of location.

Thus, Europe can provide a framework for overcoming regulatory and conventional work barriers with its unique arrangement.

Blockchain technology and cryptocurrencies are a movement toward more transparent and open technology, covering areas from finance to privacy tech and the next iteration of the web. At the core of the movement is an ethos of “borderless” developments, which is congruent with dGen’s vision for a more united Europe on advancing blockchain technology.

“I’m really excited to stop talking about countries or startups and start talking more about communities and collectives,” Maria Paula Fernandez, founder and director of the Department of Decentralization at ETHBerlin, shared in the report.

Her sentiment reflects a new form of fluid, non-analog innovation that hasn’t really undergone much experimentation yet. For example, remote work is increasingly common among small tech startups, but many projects in the U.S. and Asia still base their operations in physical hubs like San Francisco, New York, Singapore and other major cities. Similarly, dGen is based in Berlin but wants to foment the collaboration among European countries that have defined its historical-political landscape.

The problem isn’t necessarily technical, as platforms like Skype, GoToMeeting and Zoom are commonly utilized for teams located all over the world — rather, it’s a lack of standardization.

Previously, no technology hinged significantly on the work of diverse, global teams of remote professionals. Blockchain technology has become a canvas for experimenting with remote work. Is it the key to shedding geopolitical barriers circumscribing its advance?

“The culture that drives much of contemporary blockchain projects seems very endemic to Europe,” says Nick Dijkstra, founding board member of dGen. In the report’s foreword, Dijkstra went on to explain that regardless of “whether we look at The Enlightenment, the fall of the Berlin Wall, or our recent history of fading borders and cross-country collaboration; [he] think[s] it spells out the spirit of Europe.”

Surveying experts and major players in six countries from Europe, dGen accumulated a sundry of opinions about the future of blockchain innovation. They sought to discover the responses of various blockchain communities in Europe through the lens of questions about adoption, funding opportunities, regulatory statuses and more.

A notable trend weaved throughout the responses is a balance of trade-offs between the countries surveyed. Some, like Germany, have thriving startup scenes. Others, like Malta, are pioneering friendly regulations but lag behind in startups or funding opportunities compared to France or Germany.

Overcoming those trade-offs means bypassing the geopolitical and subsequent regulatory regimes fragmented across countries. It may sound harder than it actually is, however.

Amid global governments scrambling to understand the advantages of CBDCs, a more permissive regulatory framework that bolsters collaboration may prevail in Europe. As the momentum for digital currencies builds, look for regulators to ease off the scrutiny of the industry.

In the U.S., a commissioner of the Securities and Exchange Commission even proposed a three-year safe harbor period for token sales earlier this month. This is just the beginning.

Europe as a fragmented hotbed of innovation

The dGen team reached out to 63 experts in over 1,200 organizations across 16 European nations. However, their focus was on six primary countries, including Germany, Switzerland, France, the U.K., the Netherlands and Malta.

While the report does offer a multifaceted rating for each country’s blockchain opportunities, the dGen team did soften some of the “blockchains as a panacea for the world’s ills” talk.

“While blockchain might not be the cure-all some touted it to be, we’re going to keep observing the possibilities that blockchain and other emerging tech present and watch the players in the field, because they will ultimately drive innovation in Europe.”

What’s clear from the survey results is that Europe is neither lacking in ambitious startups nor finances or regulatory permissiveness. The landscape is just highly fragmented. For example, Switzerland received a perfect rating in “fiscal situation” while stumbling in “funding opportunities.”

“The beauty in the Swiss ecosystem is that innovators are sitting down with regulators in Switzerland and are educating them rather than trying to tell them what they could/should do,” details Emi Lorincz of Bancor and CV Labs in the report. He continued:

“Still many projects […] are considering setting up shop in Switzerland and the ecosystem is certainly healthy.”

In France, the regulatory atmosphere is very friendly, but financing is subpar compared to other countries. Simon Polrot of the Association for the Development of Digital Assets (aka ADAN), who advocates for France’s position, explained in the report:

“France is one of the most friendly countries for digital assets-related activities with great know-how and motivation.”

The disparate landscape of regulatory perspectives and funding opportunities may have formerly stalled blockchain innovation. However, a strong emphasis on building “borderless communities” coupled with Europe’s penchant for collaboration may redefine the global trend of fragmentation.

Should Europe come together to streamline funding, regulations and fiscal opportunity for blockchain technology, it may set the example that other regions of the world follow. Some observers believe that entering a new decade that is poised for financial disruption could catapult Europe past the U.S. in the industry.

“2020 will see Europe begin to steal a march on the U.S. as The West’s hub for blockchain projects, in particular, tokenized networks, to both finance and base themselves,” detailed Jamie Burke of Outlier Ventures, a VC fund and accelerator based in London, to the dGen team in the report.

The most salient takeaways from dGen’s report is that Europe, like the rest of the world, remains fragmented concerning what to do with blockchain technology.

As a consequence, funding opportunities for startups are complex. They naturally gravitate toward better fiscal situations and regulatory permissiveness, but balancing trade-offs between countries is challenging.

The advantage that Europe has is that the differences among countries can be ameliorated via a more universal EU regulatory stance. Such economic and political liberties that bind European nations are not common in other regions like Southeast Asia. But while the overall disposition of blockchain technology is positive in Europe, boundaries need to be broken down.

The dGen message is that, moving forward, unity will help the continent move ahead of the global pack as governments descend on the potential of CBDCs and tokenization. The goal? Become thriving digital communities and ecosystems, and not solely countries bound by political lines.

“While many of the most recognisable blockchain projects are based here in Europe. This will not last forever without the increased support of regulators, enterprises and investors, all coming together to grow the ecosystem,” says Jake Stott, founding board member of dGen, in the report’s conclusion. Stott added:

“While broader European homogeneity has already begun, unity can help the European ecosystem fully realise its potential and grow into a strong, thriving network of ecosystems.”

Andrew Rossow is a millennial attorney, law professor, entrepreneur, writer and speaker on privacy, cybersecurity, AI, AR/VR, blockchain and digital currencies. He has written for many outlets and contributed to cybersecurity and technology publications. Utilizing his millennial background to its fullest potential, Rossow provides a well-rounded perspective on social media crime, technology and privacy implications. 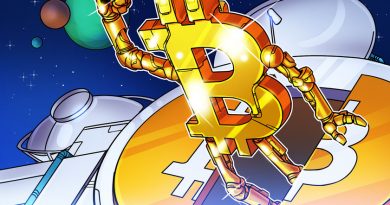 Think Bitcoin will hit $100K? These traders will take that bet 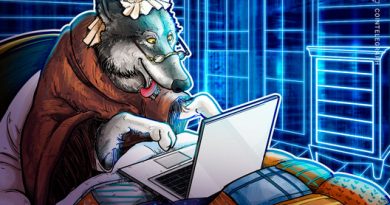 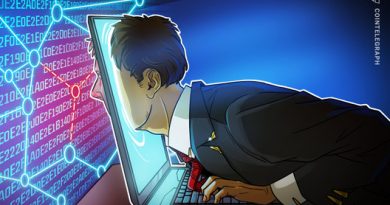