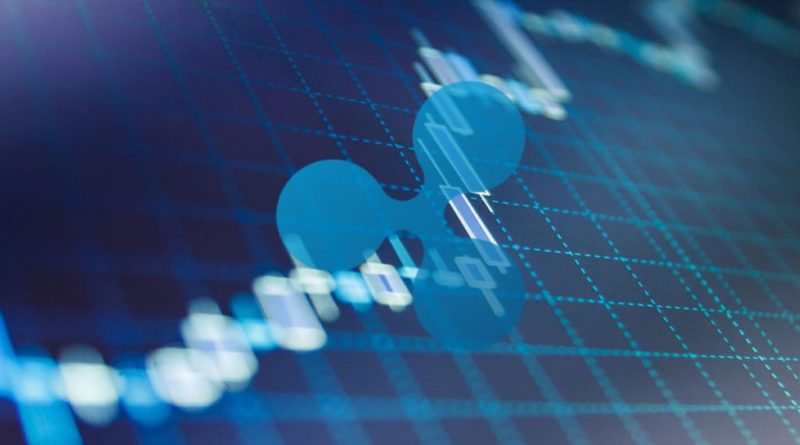 Blue Ocean Strategy, created W. Chan Kim and Renee Mauborgne, is changing industries and allowing new businesses to brush aside competition. Blue Ocean Strategy stands out from all other strategic planning models that are out there. The strategy is being used widely from companies like Ripple (XRP), in the cryptocurrency sector, to Tesla, in the auto industry. It has allowed companies like these to find a place in competitive markets by finding a niche.

Blue Ocean Strategy to put it simply, is a business strategy that aims to create a new demand by differentiating in existing competitive markets. In order to accomplish this, a company is to concentrate on making a new untapped market space. By doing so, businesses no longer need to worry about competition.

This strategy encourages businesses to search for new uncontested markets, which will allow them to avoid tough competition in crowded market spaces. In this strategy, these new markets are called Blue Oceans. The strategy refers to the opposite, crowded markets, as ‘Red Oceans’ due to the many companies and businesses that cause vicious competition. 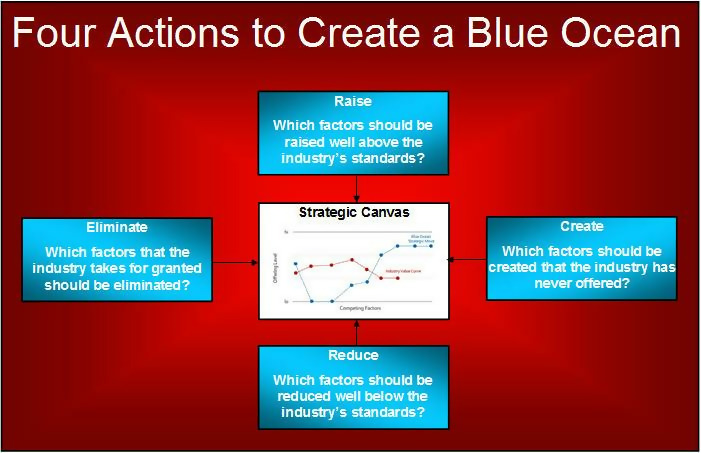 Thus, Blue Ocean Strategy leads to a larger diversity of products that can still compete and evoke high demand. Because there is little to none when it comes to competition, there is an aspect of low cost in this new market space.

Tesla and Ripple XRP cryptocurrency, two well known brands in their industries, are great examples of the success of Blue Ocean Strategy, as well as how to implement it.

A popular blockchain network and cryptocurrency is Ripple. Although, competing in the multibillion cryptocurrency sector, that is highly competitive with major players such as Bitcoin and Ethereum, Ripple has been able to successfully distinguish itself by finding an untapped niche market space.

Ripple has turned to cross border payments rather than competing directly with Bitcoin and Ethereum. The field of cross border payments has largely been controlled by SWIFT, however, Ripple’s XRP Ledger has taken advantage of the SWIFT’s inefficiencies, such as how long it takes to process a payment, and the costs involved.

Ripple has been able to distinguish itself and disrupt banking through a focus on cross border payments. Before Ripple, there were many challenges like the amount of time it would take to process transfers between banks and cross border payments that people had to go through. Other problems were security issues and the cost of these transactions.

Ripple took the opportunity to solve many of these issues by using their blockchain ledger, which allowed them to get into an untapped market. Normally international payments would be very expensive and take days to process, but this is no longer an issue because of Ripple Ledger.

Several banks have made it possible for their customers to make international payments instantly by joining Ripple Ledger. Use and recognition from large banks and other financial institutions demonstrates the success and credibility of Ripple.

Some major institutions that have joined with Ripple are Santander, the Saudia Arabian Monetary Authority, and LianLian Pay, which was all made possible by following the Blue Ocean Strategy.

Elon Musk created Tesla to stand out in a crowded auto market rather than entering the auto industry like any other car manufacturer. Electric vehicles have just now become commonplace, but there were not always that way. When Tesla first started, they were not expected to be able to compete with auto giants such as Ford, General Motors, Toyota, or any of the other companies in such a competitive industry. 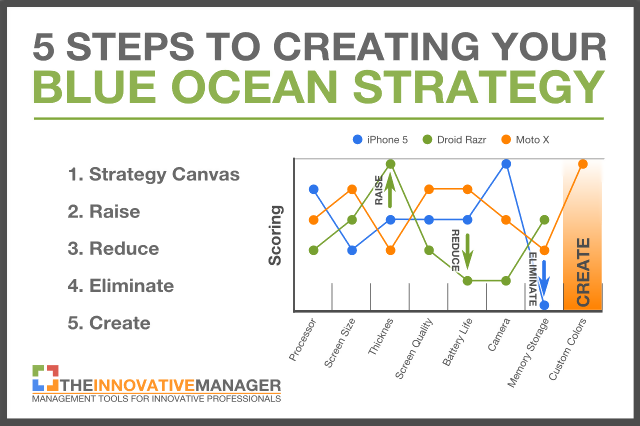 Tesla had an opportunity for an untapped market with a lot of potential that came in the form of the electric vehicle. Tesla has had minimal competition in this newly carved market space, so the investments in Tesla have already been worth it.

Most auto manufacturers were focused on trying to create the next new development in fuel efficiency when Tesla was first started. Not many of these companies were looking into developing any kind of electric vehicle. This small interest in electric vehicles created a huge opportunity for Tesla to become a leader in this niche market of the auto industry, and allowed for Tesla to develop without any competition.

Because Tesla became and early leader in electric vehicles, it has still maintained its leadership and dominance, even though other automotive companies have since been getting into the niche of electric vehicles. Tesla is the largest seller and developer of electric cars today. It has even been able to find a place in the development of high-end premium EV cars.

These are just two of the many examples of businesses that have been able to use the Blue Ocean Strategy to distinguish themselves in crowded and competitive markets. Another great example is Amazon, which has used the niche of e-commerce to shake the entire retail industry.

The Crux Of Blue Ocean Strategy

New companies cannot survive let alone compete in crowded markets unless they find an untapped market space. Any entrepreneur should focus their attention on seeking after product differentiation if they wish to be successful in today’s markets.

Blue Ocean Strategy is not about trying to beat out the competition. Rather, it seeks to differentiate from the competition in order to make it irrelevant. One example is that Ripple is not attempting to compete against SWIFT for cross border payment customers, but it is seeking to make it irrelevant by improving the way people send money through lowering costs and making it faster. Likewise, Tesla is providing an alternative fuel source for vehicles that does not pollute the environment rather than competing against other auto manufacturers.