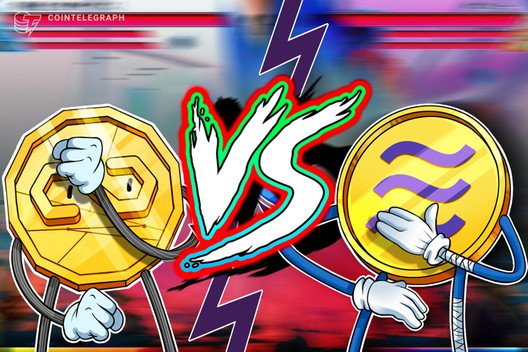 As Facebook’s Libra members flock to the competing Celo Alliance project, Cointelegraph unpacks its goals and specs to figure out why.

Several members of the Facebook-backed Libra Project have announced their alliance with a rival stablecoin project known as Celo. Since the middle of March, members that have joined the Celo Alliance for Prosperity include, among many others, Coinbase Ventures, Anchorage Mercy Corps, Andreessen Horowitz and Bison Trails Co. The shift in interest from one project to the other may signal the ultimate demise of Libra, as several companies have departed the project.

In October of last year, the Libra Association took a major hit when five of its most prominent backers — PayPal, Visa, Mastercard, Stripe and eBay — left. Voicing concerns about their reputation being tainted, these major backers claimed that Facebook had exaggerated the openness of regulators to the Libra project.

Although one of the heads of the Libra project claimed that the withdrawal of these companies would not have an impact, it is clear that major regulatory setbacks are delaying, and possibly even endangering, the future of Libra.

The word “celo” means “purpose” in Esperanto, and the Celo Alliance is a non-profit organization that aims to facilitate financial inclusion to billions of people worldwide by developing an open-source financial ecosystem with its own blockchain, stablecoin, and varied financial tools and services.

Its associated blockchain is proof-of-stake, which is similar to Ethereum in many ways, taking advantage of smart contract functionalities and features, such as the Ethereum Virtual Machine runtime environment and a native accounting program, Celo Gold.

All tokens created on the platform, including Celo Gold (cGold) and Celo Dollar (cUSD), are ERC-20 tokens. Such tokens are already common in smart contract development and allow developers to create interoperability between the Celo and other various Ethereum blockchain versions.

Celo envisions the development of a basket of other stablecoins besides cGold and cUSD. These will be pegged to different fiat currencies, all backed by a reserve of crypto assets — Celo Gold, Bitcoin (BTC), Ether (ETH) — held by the Celo Foundation. Celo Gold can be converted into Celo Dollar and any future stablecoins, as one Celo Dollar can be burnt for the equivalent in Celo Gold. Users of the platform will be able to pay transaction fees with any stablecoin of their choosing.

Who are the supporters?

Although the Celo platform has been in development since 2017, it has recently gained popularity with the newly formed Celo Alliance for Prosperity because several supporters of the Libra Association have now also joined it — including Coinbase Ventures, Anchorage Mercy Corps, Andreessen Horowitz and Bison Trails.

With 50 founding members and an estimated reach of 400 million people, the Celo Alliance comprises several prominent players and infrastructure support, such as Carbon, MoonPay, Ledger, GiveDirectly, Grameen Foundation, Maple and Polychain Capital where each member has a unique role. Cointelegraph spoke to Joe Lallouz, the founder and CEO of Bison Trails, an infrastructure-as-a-service company and Celo Alliance member. He explained:

“Bison Trails’ involvement benefits the protocols we support because we make it easier for a wider and more diverse group of companies, social impact partners, universities and organizations to participate in the network without having to develop any of the technical core competency or protocol-specific blockchain infrastructure.”

At the moment, the Celo Alliance website shows 60 members from around the world, amassing collective experience in many different fields. Over the years, Celo has received $36 million in two private funding rounds — $30 million in 2019 and $6.5 million in 2018 — with noticeable backers like Polychain Capital and Coinbase and angel investors like Reid Hoffman and Jack Dorsey.

How does it work?

According to the whitepaper, the platform is designed to be used on smartphones, highlighting the notion that a smartphone is the best way to bring financial inclusion to individuals in developing countries. Studies have also shown that smartphone ownership has been on the rise in emerging economies, giving more people internet access and contributing to better literacy rates and education, as well as job opportunities and economic growth.

Celo uses a lightweight identity layer, enabling those who use the Celo wallet to identify themselves and securely transact with others. Through this identity layer, phone numbers are linked to the wallet which allows users to issue payments directly to other users listed in the smartphone’s contact list. Celo has been coined as the “WhatsApp for money” by one of its backers, Polychain Capital Founder and CEO Olaf Carlson-Wee.

How is Celo bringing prosperity?

With the colorful slogan “Money can be beautiful,” Celo’s philosophy is grounded in the concept of gift economy and inspired by the work of Charles Eisenstein’s Sacred Economics. The Celo Foundation aims to empower anyone who owns a smartphone anywhere in the world, facilitate humanitarian help, give people access to financial services, and pay merchants. Although these concepts aren’t new, Celo seeks to make use of its partners to develop an infrastructure to implement its goals.

The Celo protocol supports a new type of monetary ecology, in which stablecoins can share the same reserve and help stabilize the price of the other stablecoins. Meanwhile, it also allows the creation of a stablecoin pegged not only to global but also to local and regional currencies. One of the benefits of this is preventing price volatility when using a global currency for local transactions in regions where consumer price dynamics are unstable.

In these partitioned reserve cases, suited for local and regional currencies, a third-party creates the token and holds 50% of the reserves for that same token — 25% Celo Gold and 25% of a local reserve. This can open up the possibility of distributing some of the local reserve currency to community members, creating a social dividend that incentivizes people to adopt the local currency.

The Celo blockchain is currently at a testnet stage known as “Baklava” and incentivizes everyone who wishes to participate in the network to engage with the Great Celo Stake Off.

Both Celo and Libra aim to bring financial inclusion to billions of people through the use of stablecoin technology. Combining the best of both Libra’s structure and Ethereum’s capabilities, Celo appears to be in a better position to launch its network in comparison to Libra, which is facing numerous legal hurdles and the loss of investor confidence.

The two projects show similarities, as both plan to have the value of their tokens linked to a basket of different fiat currencies. Both projects have also decided to create a camp incubator. But what sets the two projects apart?

One of the major differences is their reach. What made Facebook’s Libra exciting (or scary to some) was the level of exposure the social media platform has in relation to 2 billion people that use its service. Celo claims to have an estimated reach of 400 million people, which is also quite impressive on its own.

The second major difference is their approach. Facebook is a private company looking to create its own stablecoin on a centralized platform. The Libra hybrid blockchain allows anyone to build on the technology although only invited members can run nodes and help the network reach consensus. Celo, on the other hand, is an open-source project run by a non-profit organization foundation. Due to its decentralized nature, Celo may not face the same regulatory barriers as Libra.

This does not mean it will be smooth sailing from here on out either. Chuck Kimble, head of business development of Celo and also the head of the Celo Alliance, stated that the most serious threats are the “banking infrastructure improving faster than we expect” and “mobile adoption, or LTE, data not expanding on their current trajectory.” While some may look at Celo and Libra as competitors in a limited market, Lallouz has another outlook:

“We support both of these projects and we believe they can both coexist while furthering similar goals. Many blockchain projects, not just Libra and Celo, are trying to make the world more financially inclusive. As a long-term technologist, engineer and entrepreneur, the idea that there’s only one protocol that can do this and solve for all the needs of the future, seems naive.”

Celo, Libra or something else: The future of financial inclusion

Facebook’s Libra and the Celo Alliance for Prosperity have many things in common, including goals, methodology and overall strategy. However, Celo’s financial ecosystem offers more transparency and trust over Libra’s centralized approach, which means the former is more aligned with crypto’s ethos. Nevertheless, Facebook’s internet presence could give Libra a clear advantage in the race to global adoption despite its current regulatory struggles.

It is clear that financial inclusion through mobile devices will come to small communities and emerging economies in the upcoming years. However, it is impossible to predict whether these financial services will be provided by projects like Celo or Libra or even by traditional financial institutions with their Central Bank Digital Currencies. 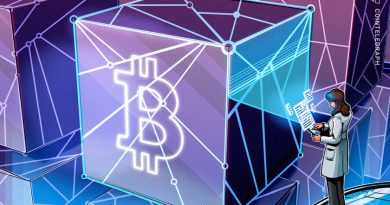 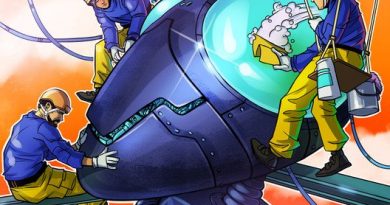 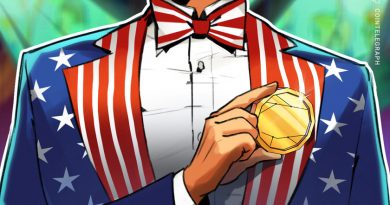