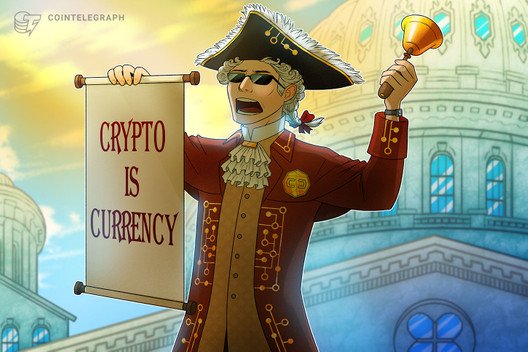 “The fact that an OECD country is recognizing BTC as a ‘fungible’ asset is progress — a wake-up call to banks, institutional investors, regulators that Bitcoin is here to stay.” — Dan Schatt.

The Commercial Court of Nanterre’s Feb. 26 ruling that Bitcoin (BTC) is a fungible, intangible asset sent some ripples through the French crypto community, and beyond. This may seem surprising, given that this was a lower court decision and, moreover, one that did not declare BTC a currency or fiat money — as some news stories reported — but just a fungible asset like money.

The ruling is “an important milestone for further development of the crypto market, particularly in France,” Roman Matkovskyy — associate professor at the Rennes School of Business — told Cointelegraph.

“The French court’s characterization of Bitcoin as financial instrument could be an important development in the legitimization of the cryptocurrency,” added John Wagster, an attorney at Frost Brown Todd LLC, in a statement to Cointelegraph, “but the real significance of the ruling will be determined by if and how it is incorporated into France’s regulatory regime.” Wagster added that the French court has moved the first chess piece, and it will be interesting to see how the French regulatory authorities respond.

Christopher Giancarlo, senior counsel at Willkie Farr & Gallagher LLP and former chairman of the United States Commodity Futures Trading Commission, told Cointelegraph that he believes that the ruling will probably have an impact in France and perhaps elsewhere, as in the E.U., adding:

“Broadly, legally speaking, how an asset is legally defined is the starting point for how it will be regulated.”

Hubert de Vauplane, an attorney at Kramer Levin Naftalis & Frankel LLP, told Cointelegraph that because in its decision that the tribunal claimed that Bitcoin is a fungible and intangible asset, “consequently, Bitcoin lending only requires the borrower to repay Bitcoins of the same type, quality and quantity to the lender (absent specific provisions to the contrary in the loan agreement).”

The matter of fungibility seems arcane, but it goes to the heart of the decision. An asset is fungible if it is interchangeable. A grain of rice or a U.S. dollar can be substituted for each another — whatever their origin is — because they are fungible. By comparison, people or works of art or customized sailboats are not interchangeable because they are non-fungible.

If BTC had been ruled by the tribunal to be non-fungible, “it would be a disaster for the market,” said Vauplane, in particular for any future BTC lending or borrowing activities. It would mean the BTC borrower would have to return to the lender the self-same assortment of BTC — i.e., with the same crypto addresses — which, of course, is absurd. “This decision appears to be applicable to any other fungible cryptocurrency or token,” added Vauplane, concluding that “it’s a lower-court decision, but a quality legal decision.” It can still be overturned — by an appeals court, for instance.

A precedent for crypto?

Still, in the crypto world, institutional recognition is important, even if comes from a lower-level European commerce court. “This ruling in France should legitimize crypto further and could encourage more adoption and new entrants into crypto even if it does not become law,” Rob Odell, co-president and chief product officer of Salt Lending, told Cointelegraph, adding:

“France is the 7th largest economy in the world by GDP, so it certainly is likely to influence other markets, especially in the EU, initially. In such a new and emerging market and technology like Bitcoin, regulators around the world do look to how other countries’ regulators are viewing cryptocurrencies. So, any ruling France makes will be closely observed by regulators worldwide.”

In France, the ruling has created excitement with regard to new business possibilities. According to Matkovskyy, “Bitcoin lending now falls under the ‘consumer loan’ [designation], meaning [it is] a transfer of loaned ownership property to the borrower. […] It will facilitate Bitcoin transactions, including lending and repo — i.e., repurchase agreements — a form of short-term borrowing — transactions.” Matkovskyy went on to add:

“It can potentially create a new competition among the banks and stimulate further development of the Bitcoin market. It is estimated that lending accounts for 80% of total value locked in DeFi. Thus, it can potentially unlock some part of it.”

Not everyone was ready to pronounce this a milestone case, however. “I‘m wondering where the news is in this court decision,” Michael Reuter, co-chairman of the European Blockchain Association, told Cointelegraph:

“From my perspective, rather than the classification of the unit, the handling of commercial (proprietary) trading of Bitcoin and other coins is of more importance.”

Back in 2014, Germany’s Federal Financial Supervisory Authority, or BaFin, declared Bitcoin a financial instrument in the form of units of account pursuant to the German Banking Act, explained Reuter. But in early March 2020, BaFin stopped the operations of a Berlin-based company that allowed consumers to buy and sell cryptocurrencies through ATMs. The regulator’s enforcement action was arguably more decisive than any legal definition of BTC.

Regulators may be as important as courts or even legislatures when it comes to determining future permissible crypto activities, said Angela Angelovska-Wilson, co-founder and chief legal officer of Sila transaction network.

“[The U.S. state of] Wyoming passed a bill in 2019 adding further legal clarification on digital assets and cryptocurrencies to encourage blockchain businesses to set up shop in Wyoming, but this has not yet not had a major impact on US federal regulations,” she told Cointelegraph. “It all depends on the importance that a regulatory agency gives to a court ruling.”

But that doesn’t necessarily mean the Nanterre ruling is inconsequential. “What the French court ruling might do is pave the way for more clear and transparent investment rules concerning Bitcoin itself,” suggested Wagster.

Less impact in the U.S.?

Crypto regulation in France, as in the U.S., appears to be evolving organically. This approach has the advantage that it is less likely to stifle technological innovation. But it can be confusing. As Carol Goforth, a law professor at the University of Arkansas, told Cointelegraph in August: “Regulatory authority in the U.S. is split among too many diverse agencies, and they all have their missions and their interests to assert.”

The Crypto-Currency Act of 2020 — a bill introduced on March 9, 2020 — by U.S. Rep. Paul Gosar (R-AZ), for instance, classifies digital assets into three categories: crypto-commodity, crypto-currency and crypto-security. Under the proposed legislation, these three categories would be governed, respectively, by the CFTC, the Secretary of the Treasury via the Financial Crimes Enforcement Network and the Securities and Exchange Commission.

Related: Hester Peirce Says SEC Is a Partner to Crypto, as US States Chase Regulations

“Interestingly, the language of the bill would seem to cement the status of digital assets like Bitcoin as crypto-commodities rather than crypto-currencies,” reported Cointelegraph. By comparison, stablecoins would probably fall into the currencies basket.

The U.S. Internal Revenue Service, for its part, considers BTC to be property rather than currency, noted Odell, going back to 2014. In 2020, for the first time, federal tax forms began asking about taxpayers’ Bitcoin and other cryptocurrency activities:

“While this does mention crypto as a ‘virtual currency,’ this does not change Bitcoin’s status to a currency in the eyes of the IRS,” said Odell, adding that it does mean the IRS is starting to regulate crypto — which is good for the crypto industry.

Elsewhere, a Chinese court concluded in July 2019 that Bitcoin should be considered digital property — not a currency. Japan, meanwhile, went the other way, recognizing Bitcoin and other cryptos as “money” in 2016.

In the end, the actual classification of BTC in the Nanterre court case may be less important than the mere fact that it is being classified. “Bitcoin is already considered a financial instrument by many throughout the world,” affirmed Wagster, adding:

“The recognition by the court of a major European economy carries particular weight. The nomenclature the court uses is not important, but the fact that Bitcoin now falls into a category of financial instruments that will likely be monitored and regulated by the French government is significant.”

Additionally, Cred CEO Dan Schatt told Cointelegraph that this ruling could have a deeper meaning behind it in the long run:

“The fact that an OECD country is recognizing BTC as an ‘interchangeable’ [i.e., fungible] asset is progress — it’s a wake-up call to banks, institutional investors and regulators that Bitcoin is here to stay. Whether it will actually be used as money is less important than the institutional recognition this will bring, which inevitably leads to an inflow of funds for this asset class.” 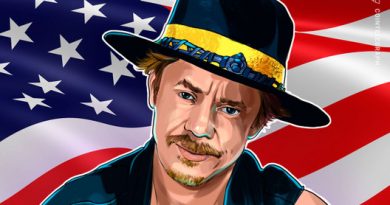 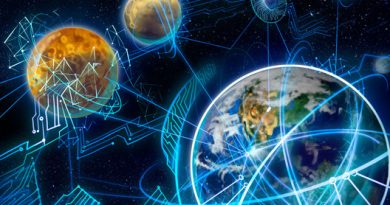 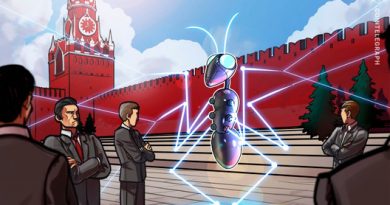 Transparency of Russia’s Blockchain Voting Setup Put Under a Microscope