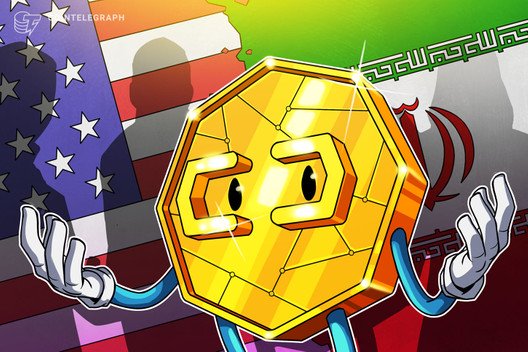 U.S. agencies work to handle crypto in sanctions evasion, but may ultimately just cut the country off from an evolving financial world.

Running up against limited experience and resources for monitoring potentially illegal use of digital assets, United States authorities delegate sanctions monitoring to cryptocurrency exchanges and industry players. But do current practices do more harm than good?

Who will watch the watchlist?

Within the U.S. Treasury, the Office of Foreign Asset Control (OFAC) is responsible for sanctioning individuals and entities the country considers threats to national security.

“This action is particularly notable because it was brought against people who helped a previously sanctioned entity — Lazarus — transfer stolen funds through a complex money laundering process. This signals that the Treasury is not only using advanced blockchain investigative techniques but also taking action against people who facilitate illicit activity in any way.”

Adapting to new technology, but slowly

It’s no wonder that OFAC is wary of crypto’s role in countries under U.S. sanctions. Between North Korea’s prolific exchange-hacking program, Venezuela’s (admittedly floundering) oil-pegged Petro, and calls by the Iranian president to create a crypto that the U.S. can’t touch, many U.S. authorities remain reflexively suspicious of the whole industry.

Despite periodic designations of specific crypto wallets, OFAC has limited their direct engagement with crypto and other branches of the U.S. government. More comfortable with traditional financial systems, authorities have been hard-pressed to adapt to this new ecosystem.

Vice President at the Financial Integrity Network, Senior Director at the Foundation for Defense of Democracies, Eric Lorber, confirmed that authorities have been hard at work in this new field.

Jesse Spiro agreed that the relevant financial regulators were hard at work:

“We also know that the Treasury Department — FinCEN, OFAC and even the policy office of TFFC (Terrorism Financing and Financial Crimes) — is actively ramping up their work on cryptocurrency and identifying and targeting potential bad actors that abuse the ecosystem.”

Yaya Fanusie, a former CIA counterterrorism analyst and current fellow at a number of national security-focused think tanks, was less impressed. Regarding uptick in regulatory crypto-fluency, Fanusie told Cointelegraph, “It’s been a slow burn […] There’s probably a problem in terms of getting up to speed.”

It is partially the nature of crypto — which, as an industry, adapts incredibly quickly — that has proved problematic. The CEO of Policy 4.0, Tanvi Ratner, commented on OFAC’s resources for crypto:

“They’re quite well equipped. There are only being beat by the rate of innovation in masking transactions.”

OFAC’s established practices require financial institutions operating in the U.S. to act as the front lines in searching for sanctions violations. OFAC has limited resources when it comes to actively tracking transactions themselves.

Regulators have shown striking unity in expecting anti-money laundering (AML) and countering the financing of terrorism (CFT) programs of businesses in the crypto space. Such measures are already familiar to traditional financial institutions, but they involve mechanisms that don’t always fit in with crypto. A large part of the argument for crypto is speed of transactions, accessibility to people left out of traditional finance, and ease of crossing borders — traits that run in opposition to traditional controls like sanctions.

Director of research at the Foundation for Defense of Democracies, David Adesnik, said of OFAC’s dependence on existing laws for enforcing sanctions in crypto, “I’m not sure if statutes have adapted yet. The Treasury is more trying to use what’s already on the books.”

“OFAC’s approach to crypto is pretty much the same as fiat. OFAC designates, but they expect exchanges to have programs in place to prevent transactions to/from prohibited persons/countries. […] It is really not that much different from a traditional bank.”

While positive about OFAC’s openness, Roth did agree that crypto had its sticking points: “I think the requirements are clear. The challenge is adapting those requirements to the unique nature of cryptocurrency.”

Roth’s commentary is particularly useful given Bittrex’s history with OFAC. Bittrex controversially froze Iranian accounts for two years before receiving an OFAC license in November. Unlike the Treasury’s specifically designated nationals list, the details of how OFAC and Bitttrex resolved this dispute are not publicly available.

In conversations with experts on this topic, the names of blockchain analytics firms like Chainalysis and Elliptic cropped up frequently. Chainalysis, in particular, has grown in importance, working with government officials as they investigate blockchains for suspicious transactions. The firm has standing contracts with the IRS, the Drug Enforcement Administration, and Immigration and Customs Enforcement. As of March 9, Chainalysis netted over $1.1 million in contracts with the FBI over recent months.

While government agencies may be newcomers to the technology, even crypto-central companies have to enlist help from firms like Chainalysis to cope with regulatory obligations. Roth noted that:

“All of the US exchanges use the same services (Chainalysis and Elliptic) that scour the blockchain to look for links to those kinds of customers, and have other internal controls in place.”

Heightened compliance requirements are sending crypto exchanges and other firms in the space to government-approved blockchain analytics firms in droves. A representative from Chainalysis explained the firm’s success amid compliance concerns to Cointelegraph:

“We’ve increased our customer count by 290% over the past two years, and new cryptocurrency exchange customers cite regulatory compliance as a top reason for adopting our technology.”

Problems with current approach: Are we safer or just pushing crypto operations out of the country?

As with all sorts of security concerns, if the precautionary measures work, they will seem like overreactions. However, these safeguards may actually be punishing well-intentioned entities, while failing to cope with the most threatening technical challenges.

Cointelegraph previously reported on the question of U.S. sanctions hitting Iran’s mining industry — an initiative that ultimately seems beyond the Treasury’s technical reach, though they could make it inconvenient for Iranian miners.

Another lingering technical question is the subject of privacy coins like Monero (XMR) and Dash (DASH). On the subject, Fanusie observed, “I don’t think anyone has cracked that yet.”

Blockchain analytics firms have yet to come up with software that can consistently trace transactions on privacy coins. The CEO of one such firm, Ciphertrace, predicted that treating crypto financing in the same way as banking would push users to privacy tokens that OFAC will have even less of a grasp of:

“As we get more of this deanonymization and it becomes more like banking, I think an unintended consequence will be that there will be concerted effort to use these privacy-enhanced coins.”

The other side of this security debate is its effect on business. There is no question that increasing regulations and expectations have taken their toll on exchanges. At an event last week at the IRS, representatives from Coinbase and Kraken insisted that excessive scrutiny from regulators was hitting their bottom lines.

Compliance with OFAC expectations is essential for any crypto exchange trying to operate in the United States, and requires additional legal teams and external contracts. As John Roth said:

“A compliant crypto exchange absolutely needs a dedicated compliance department, with the kinds of third-party tools necessary to ensure that they aren’t doing business with bad actors. This is the price of admission for doing business in the US, and most crypto companies understand that. If you don’t, I think the risks are significant.”

And while the expenses required to keep track of OFAC’s requirements — which change, and are not always clear in public — may be simple annoyances for larger exchanges, they can be untenable expenses for newer players. What happens as a result is simple: businesses leave.

While the United States may be the world’s largest economy, pushing exchanges out of the country does not necessarily solve the problem. Bad actors using crypto are fully capable of adapting, of manipulating regulatory arbitrage to funnel money in whatever form is least regulated. The parties most vulnerable to more aggressive expectations from OFAC are exchanges trying to operate legally.

Beyond hurting major exchanges and companies in the short term, these measures clearly limit America’s access to crypto services. Taking the long-term view, overbearing sanctions can encourage even nations friendly to the U.S. to operate in economic systems that the U.S. is simply not part of — limiting economic growth and the effectiveness of future sanctions.

The risks to the United States extend beyond crypto. In January, the Economist published a piece warning that aggressive sanctions and economic warfare could push the international market to abandon the dollar.

Returning to the example of Bittrex’s freeze on Iranian accounts, fear of angering OFAC prompted Bittrex to shut off access to Iranian accounts that OFAC itself would not have had legal recourse to target. “Let’s say that the Iranians who are involved in these transactions are just mom and pop vendors in Tehran,” said Eric Lorber, “The US government actually has no legal authority to block their assets.”

Using exchanges to sidestep legal restraints is not the way to win the hearts and minds of Iranian citizens suddenly bereft of potentially major portions of their life savings, nor does that reflect well on the promoted ideals of American capitalism.

Tanvi Ratna, who recently wrote a piece for Foreign Policy entitled “Iran Has a Bitcoin Strategy to Beat Trump,” elaborated on the issues facing the U.S. in mustering international support for continued sanctions:

“The U.S. unilaterally changed stance and others don’t necessarily want to play along. You can’t impose sanctions unilaterally. […] Nor is everybody uninterested or threatened by Iran. Look at the attitudes of the Europeans, Chinese, Indians towards Iran.”

Crypto’s role in the grand scheme of sanctions

Within the broad arsenal of OFAC sanctions, crypto is a small player. It is, however, notable both for its dynamism and for some of its fundamental virtues, including speed and apathy to national borders. Cryptocurrencies also represent a clear challenge to financial systems that the U.S. has used to its political benefit, like SWIFT for international payments.

The coming years will be critical to establishing not just the U.S. Treasury’s relationship to crypto, but also its ability to adapt to changing financial systems. In these terms, OFAC’s reaction to crypto will be an important barometer to gauge its priorities and comfort with innovation.

Cointelegraph has reached out to OFAC a number of times, but the office has never responded. This article will be updated with their commentary should it come in. 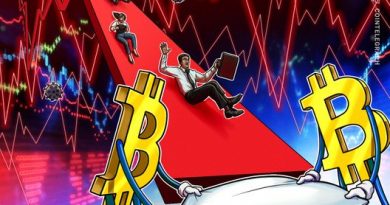 Top 10 Coins More Correlated Than Ever, but Decoupling From Gold 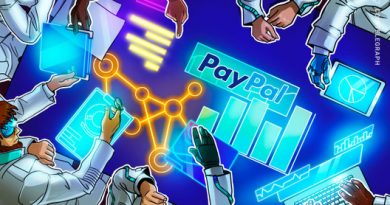